Queen Elizabeth II’s Platinum Jubilee was a celebration to remember.

From the 96-year-old monarch appearing via hologram for the Pageant parade to the star-studded concert dubbed “Party at the Palace,” there were many highlights from the four-day extravaganza.

Here are a few of Page Six’s favorite moments.

The Cambridge children steal the show 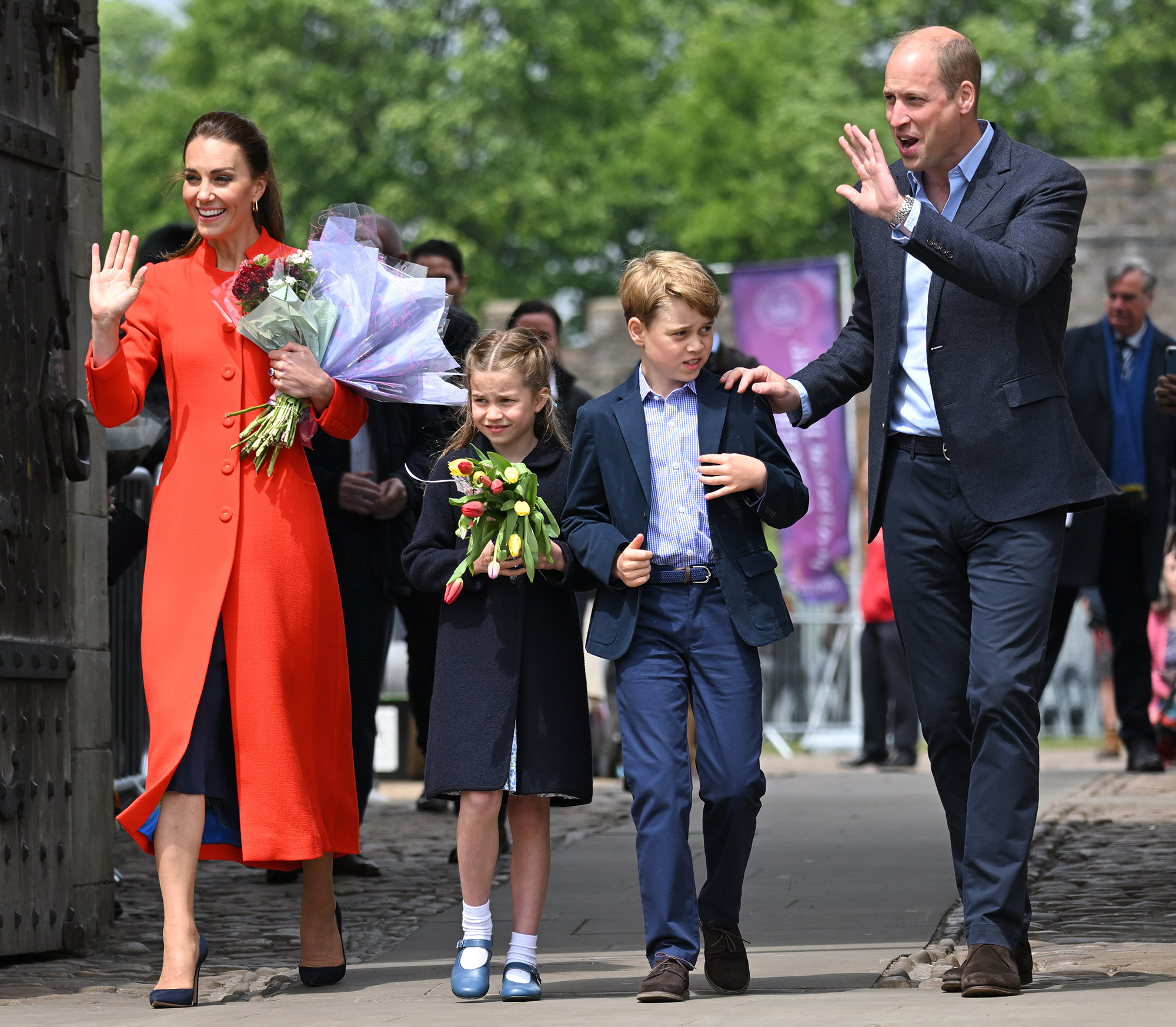 Prince William and Kate Middleton’s youngest child, 4-year-old Prince Louis, stole the spotlight from the Queen while watching Thursday’s Trooping of the Colour – and again on Sunday during the Pageant parade.

The youngster, wearing his dad’s hand-me-down sailor outfit from the same event in 1985, barreled past his great-grandmother to secure a good viewing spot for Thursday’s bash.

He was then snapped pulling a host of silly faces, including one where he appeared to scream with his eyes shut with hands over his ears as loud airplanes thundered overhead. 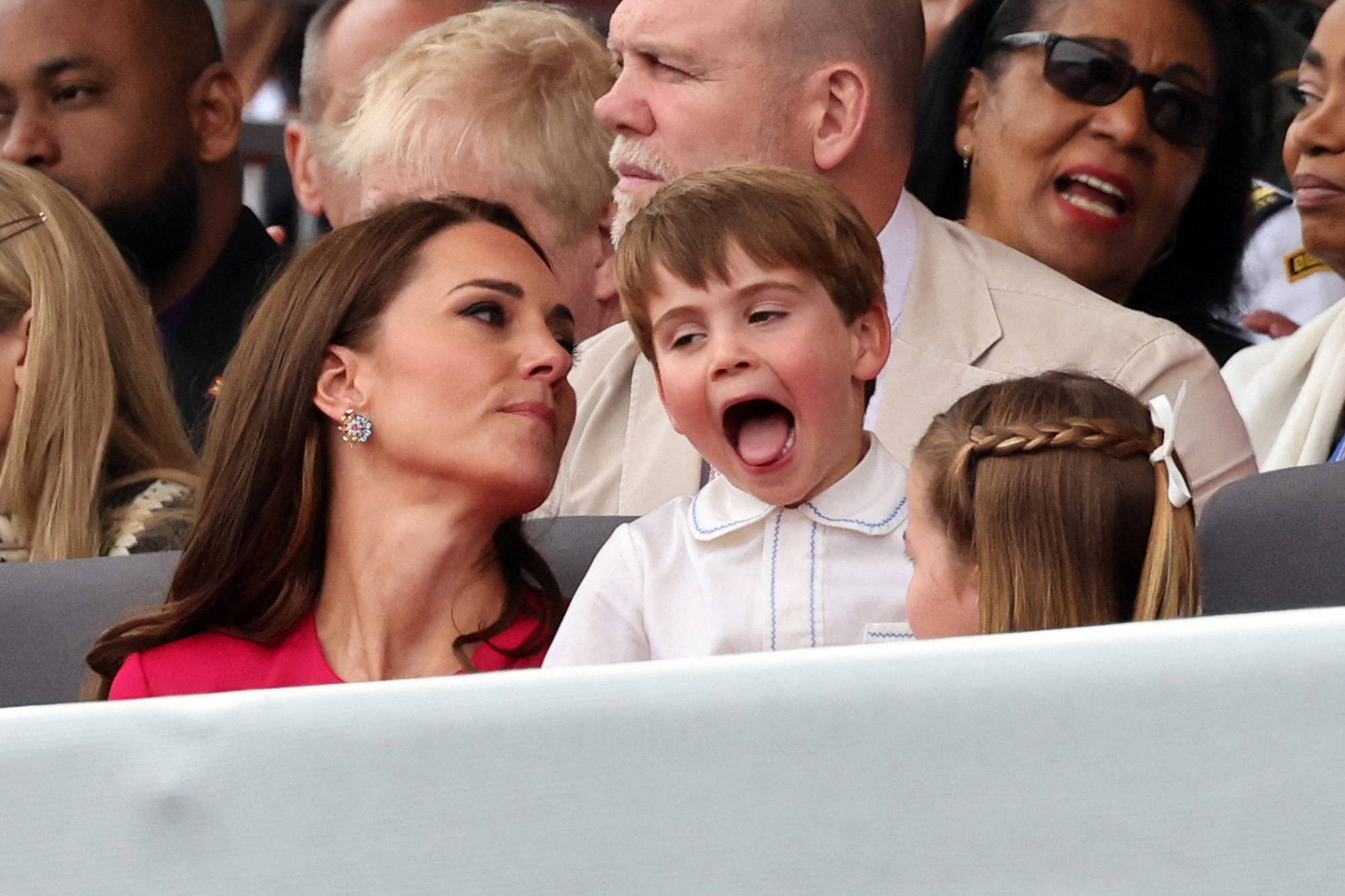 Prince George, 8, and Princess Charlotte, 7, also delighted royal fans when they unexpectedly joined their parents for an official visit to Wales on Saturday.

As part of the Platinum Jubilee celebrations, the Duke and Duchess of Cambridge were scheduled to visit Cardiff Castle in Wales. Royal fans didn’t know George and Charlotte would be tagging along, however, so it was a total surprise when they were photographed out and about with their parents.

The young royals walked alongside Kate and William and even accepted some bouquets of flowers from the crowd. 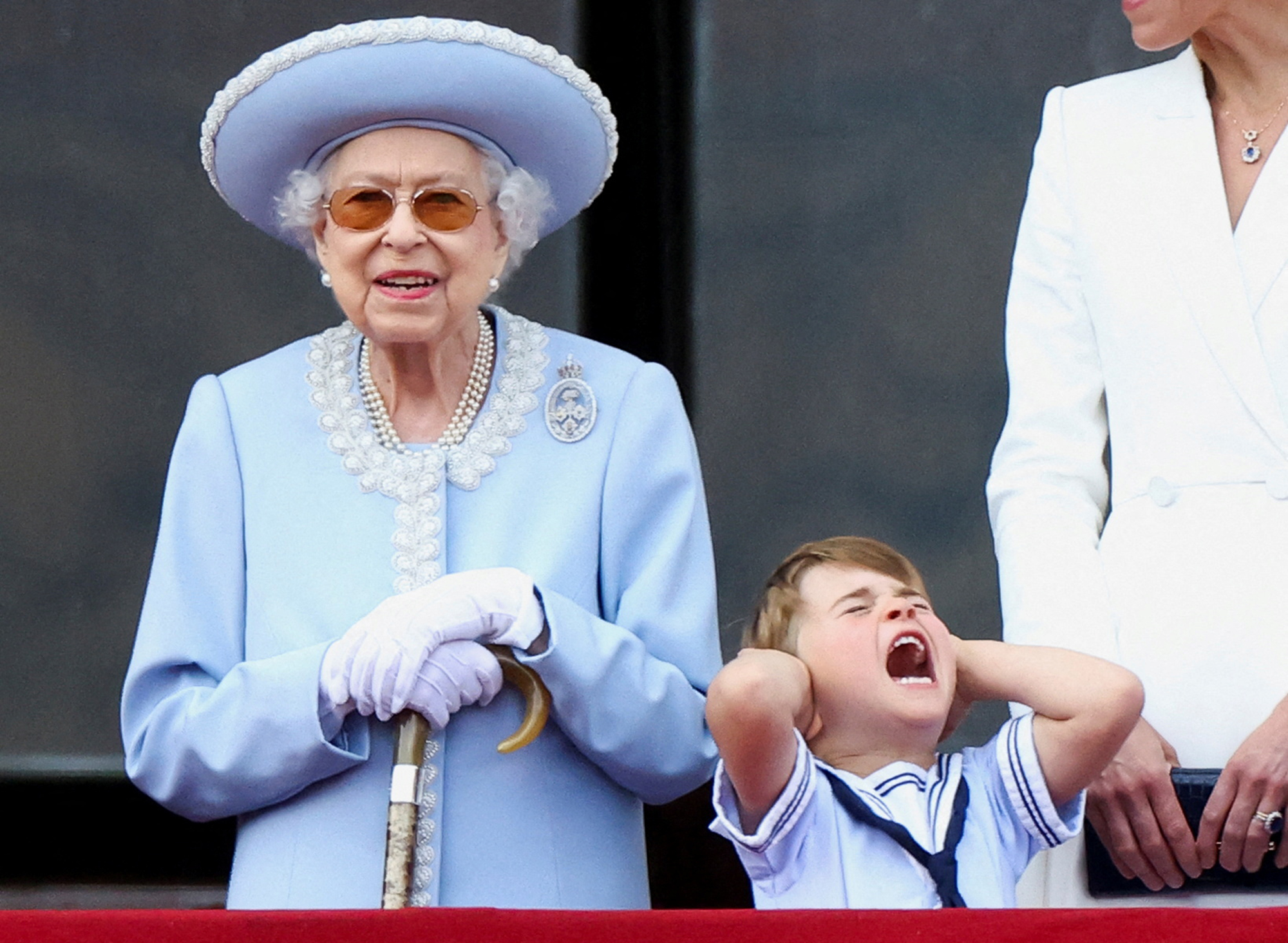 It was an especially memorable visit for George, as he is the same age as his father was when he made his first official trip to Wales. Back in March 1991, William joined parents Princess Diana and Prince Charles in Cardiff and also accepted flowers from well-wishers.

Over the weekend, the Duke and Duchess of Cambridge also shared an adorable photo montage of their three children baking via their official social media feeds. 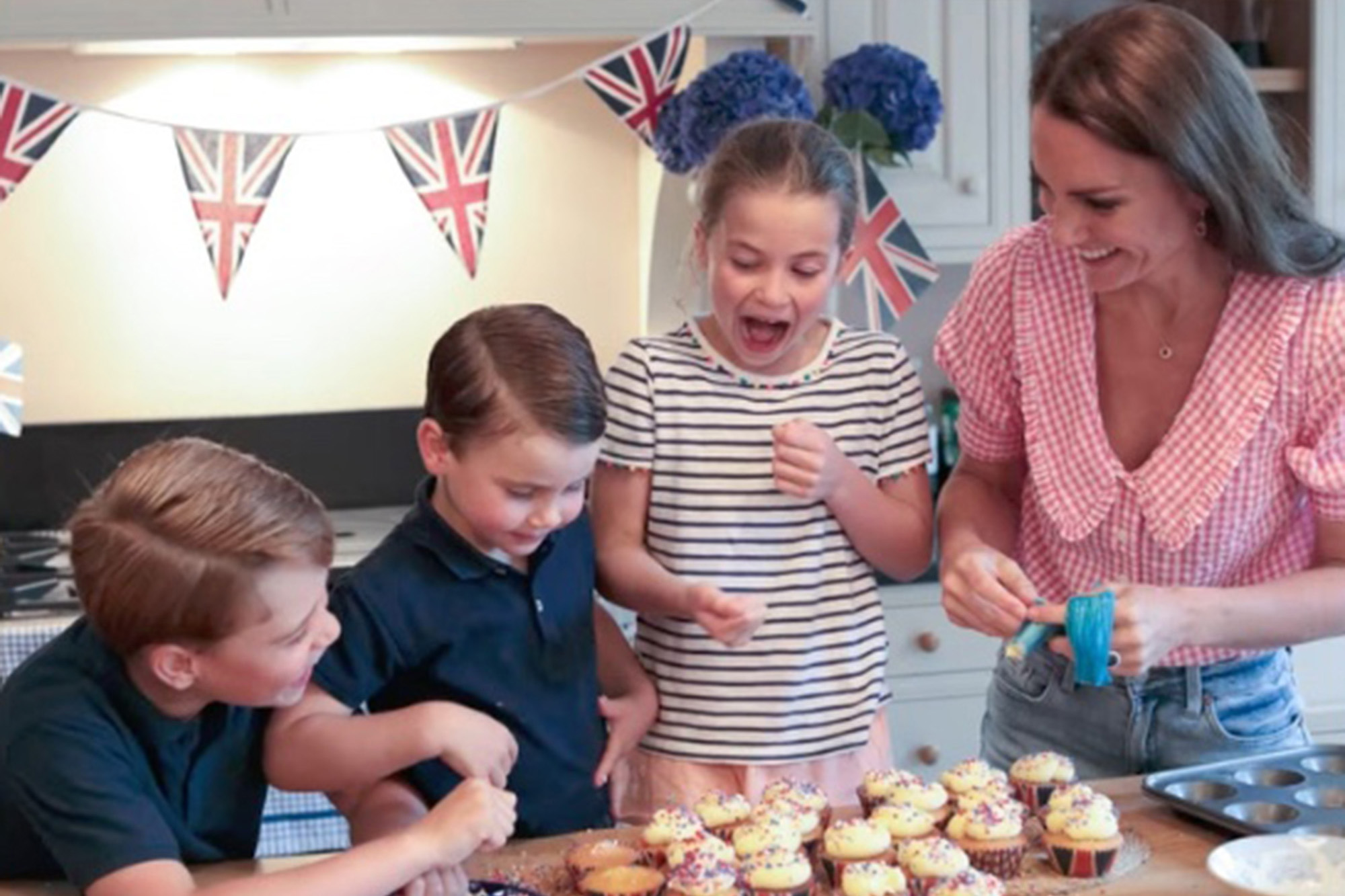 “Baking cakes for the local community in Cardiff to enjoy at a Platinum Jubilee street party taking place today! 🎉,” read the caption of the montage featuring George, Charlotte and Louis, as well as their mom. 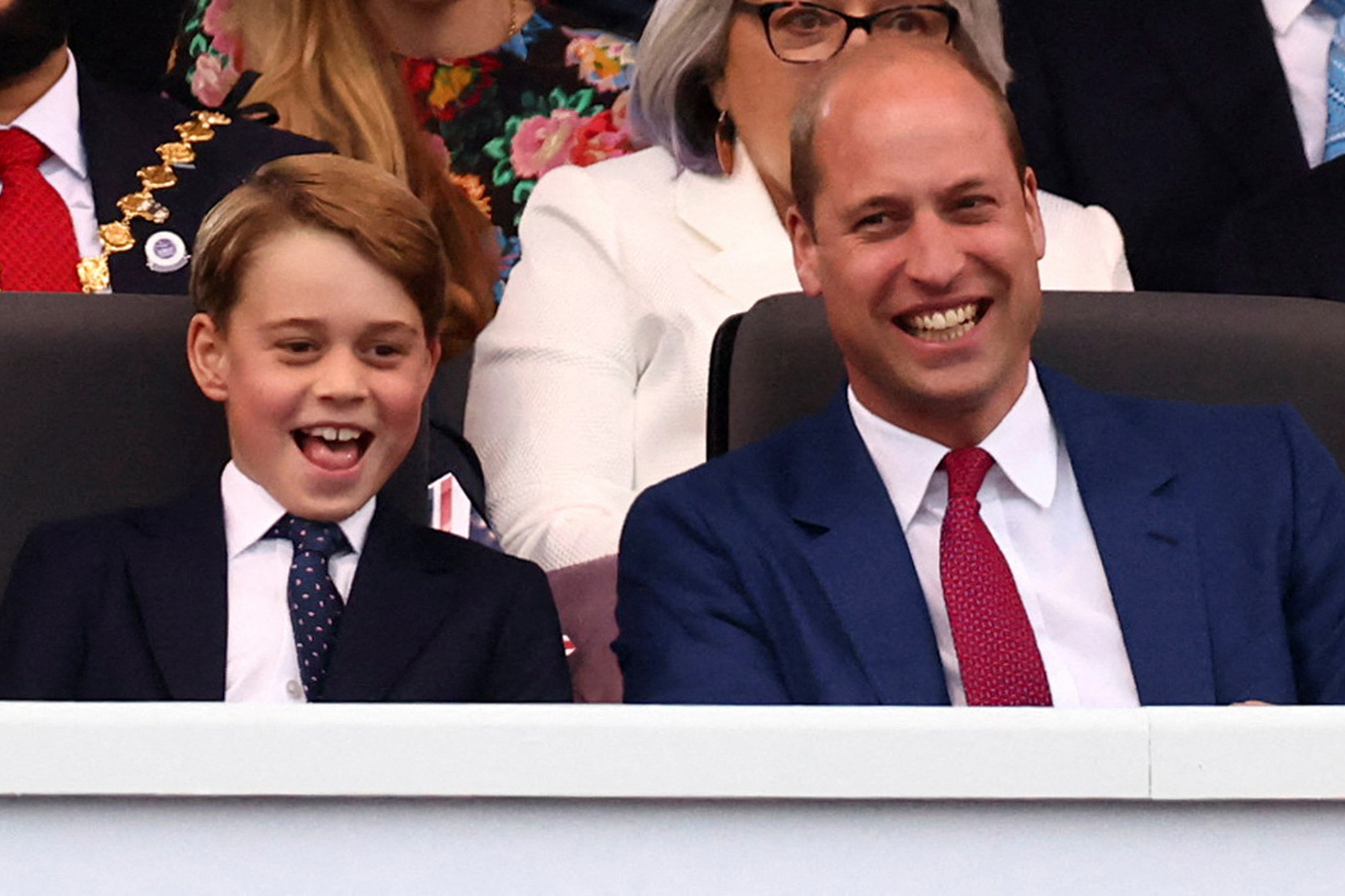 The photos included the youngsters sifting flour, cracking eggs and helping to decorate the cupcakes with frosting.

One night prior, Prince George delighted the crowds at the “Party at the Palace” concert when he was spotted singing along to Rod Stewart’s version of the Neil Diamond classic, “Sweet Caroline.” Cameras caught him joining in on the “bam bam bam” part of the song. 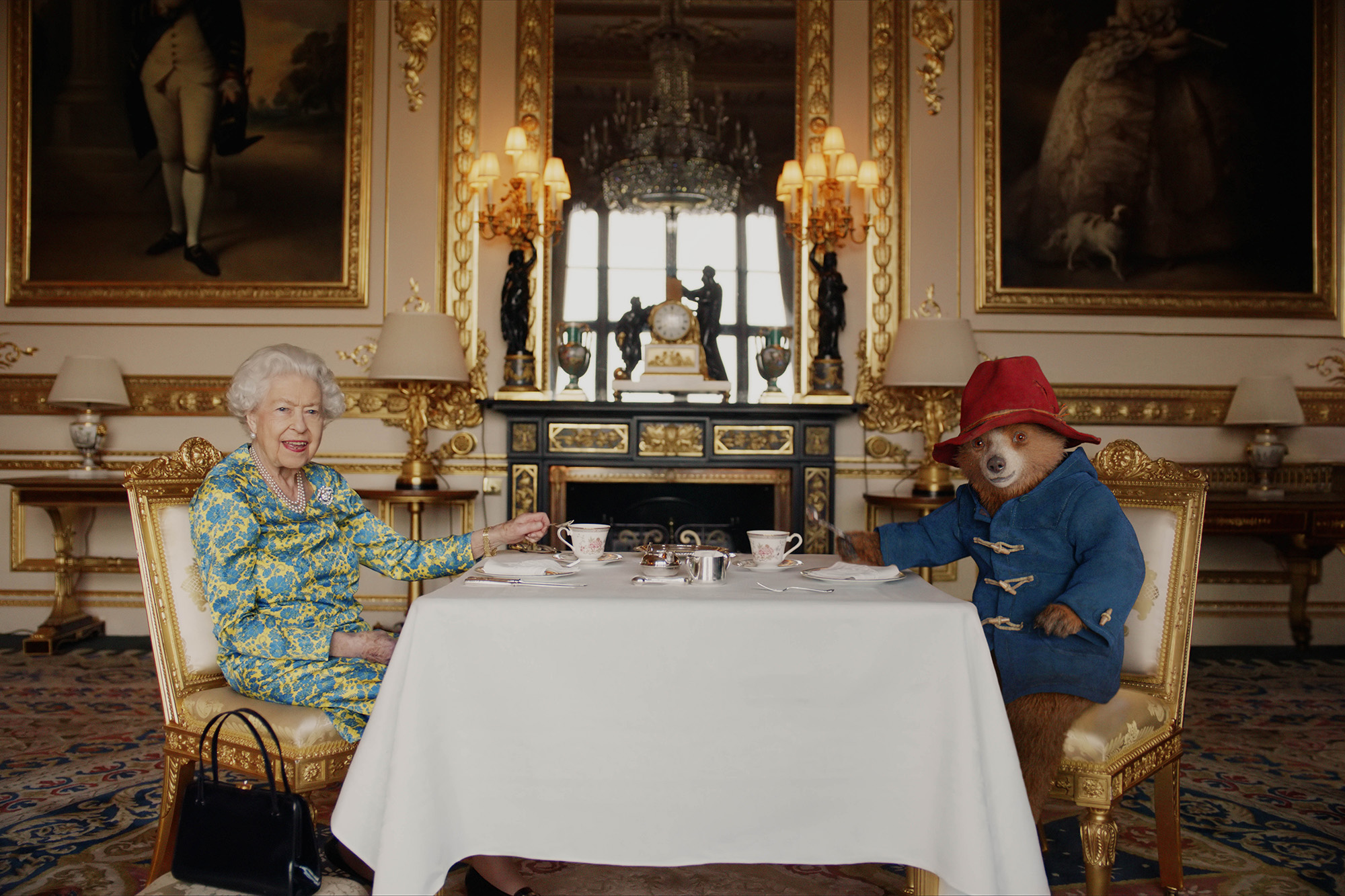 The 96-year-old monarch unfortunately had to bow out of two planned engagements due to “discomfort” she felt at the Trooping of Colour parade. However, that didn’t stop her from stealing the show in a pre-recorded skit that opened the Saturday night concert.

In it, she appeared opposite another beloved British icon — Paddington Bear — as the two shared an afternoon tea at the Palace. “The opportunity to invite a famous bear to tea was just too much fun to miss,” a palace spokesperson told the Sunday Times. 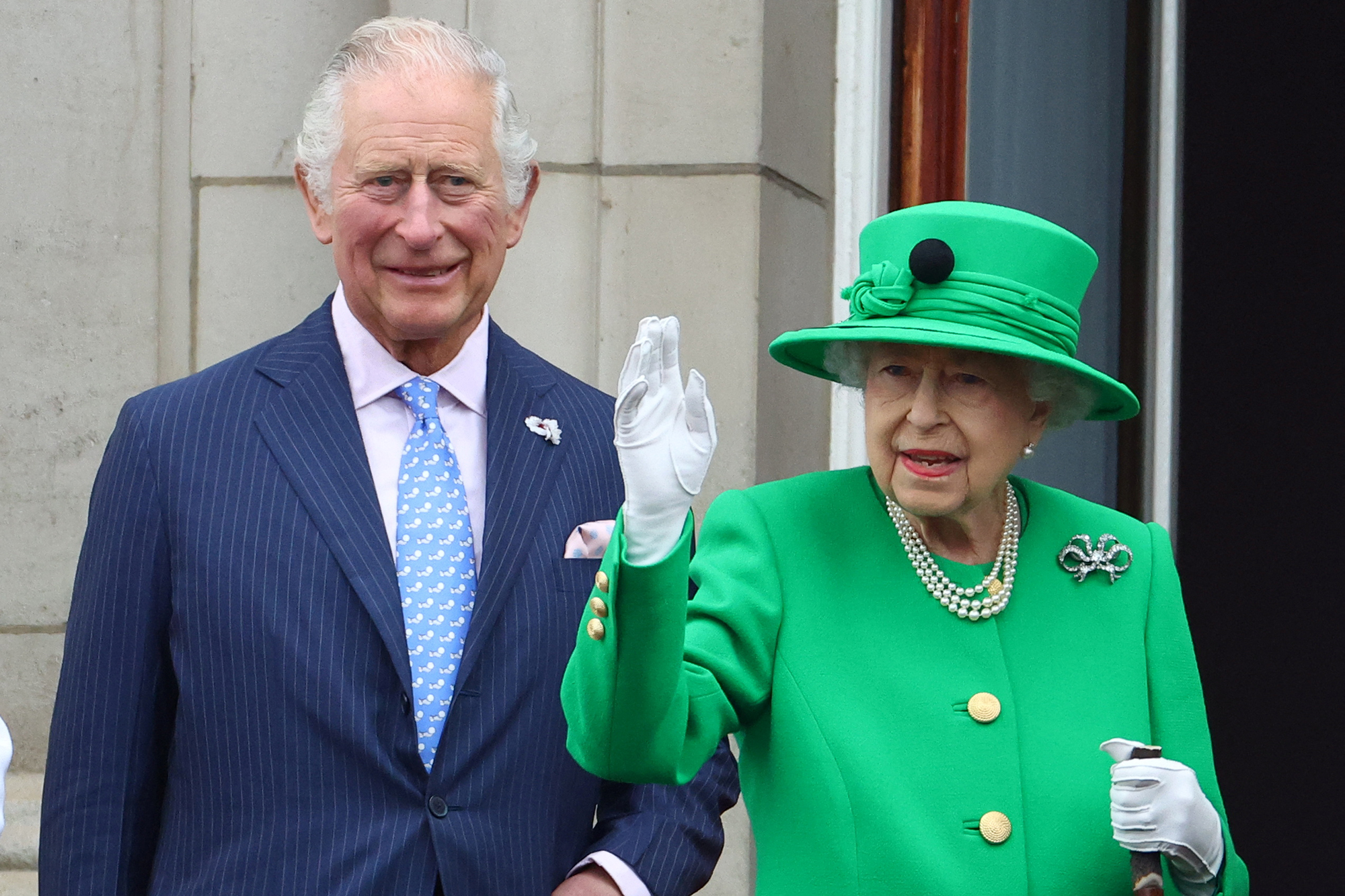 The Queen shared that she too loved marmalade sandwiches and always kept an emergency one in her handbag. The sweet skit ended with them tapping their teacups to the Queen classic “We Will Rock You” – a rhythm that segued seamlessly into a live performance by the British band.

For Sunday’s finale, Her Majesty made a surprise appearance on the balcony alongside other members of the royal family after skipping out on the Pageant parade – though she did appear digitally for that in hologram form. 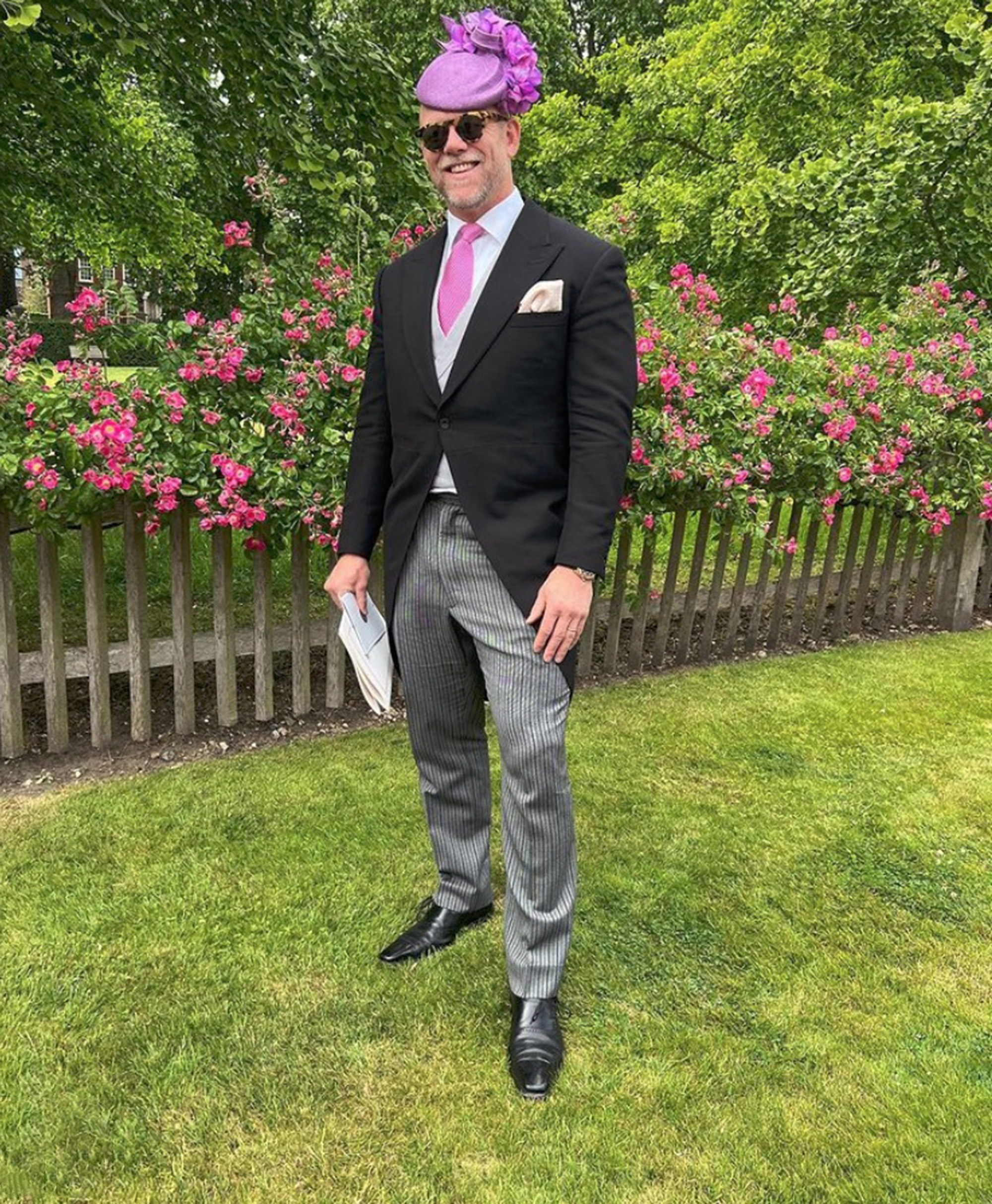 The retired rugby player – who is married to Princess Anne’s daughter, Zara – had a grand old time throughout the festivities. On Friday, he shared a photo of himself wearing a morning suit and the same orchid fascinator that his wife wore to the Service of Thanksgiving honoring Queen Elizabeth at St. Paul’s Cathedral.

“#Platinumjubilee hats day 2! Fav so far! What colour do you think tomorrow will be???” Mike, 43, captioned the cheeky selfie.

The podcaster also posted a photo of Zara and her cousin Princess Eugenie in their brightly colored outfits from the church, hilariously comparing them to his “favourite Starbursts,” pink and orange. 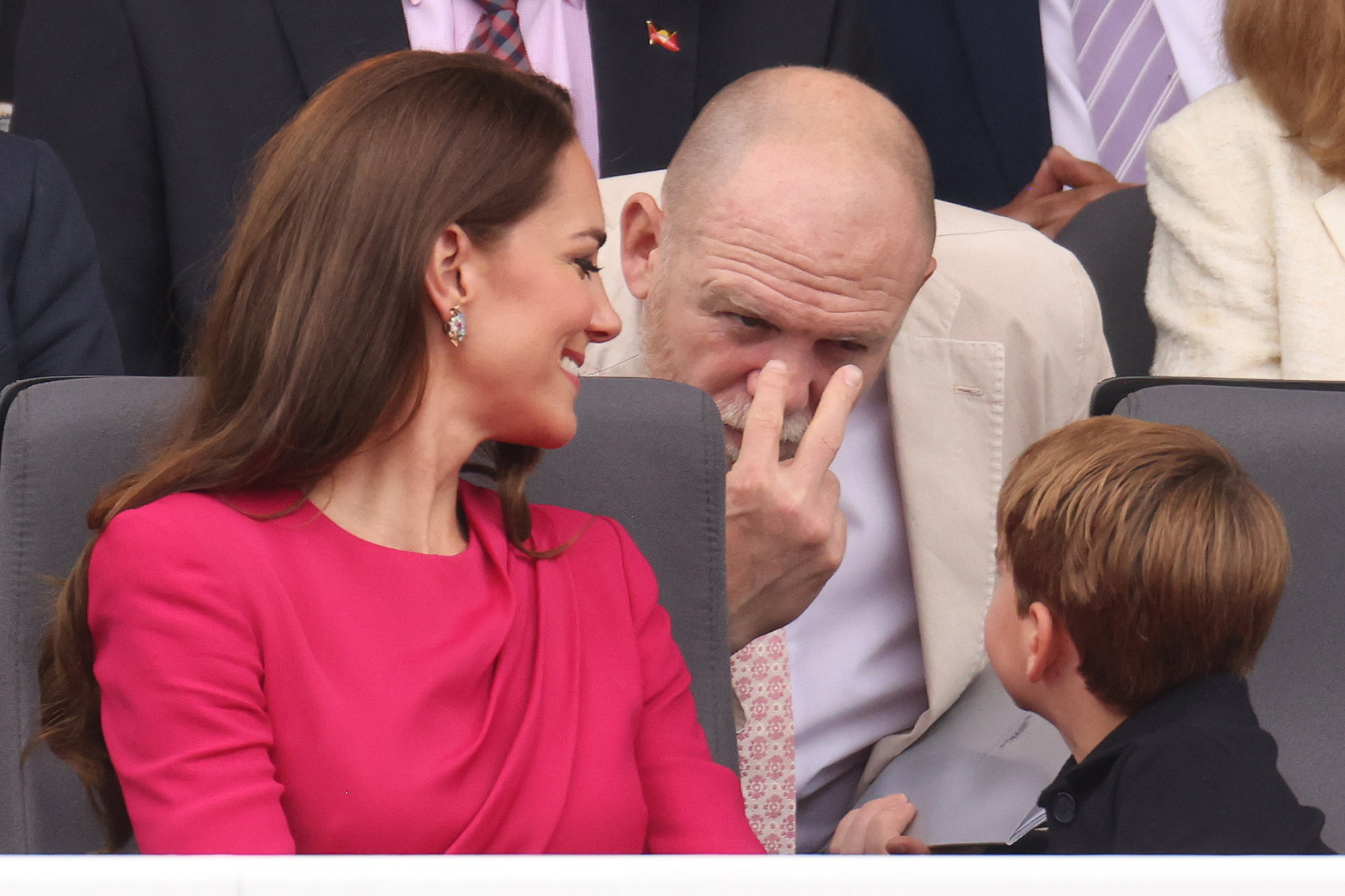 “2 world class ladies!!” he gushed in the caption.

On Sunday, Mike was also spotted jokingly warning Prince Louis that he had his eyes on him at the Jubilee Pageant, prompting the Duchess of Cambridge to laugh.