In a career spanning six decades, Olivia Newton-John was a woman for all seasons: singer and songwriter, actress, activist, mother and health advocate. Searching her life for a single snapshot to frame, we turn easily to Sandy Olsson, the Australian schoolgirl who romantically upended the all-American Rydell High School in the film Grease.

To generations of fans, it was the capstone of her career, where everyone who saw her became hopelessly devoted. It reflects the many ways people related to her, and now grieve for her. Olivia was a sister, a best friend, a secret crush and, for one glittering moment in Hollywood history, the new girl at school. As Rydell’s cheer queen Patty Simcox would have said, wasn’t she the most?

But the irony of trying to sum up a life with 110 minutes of American musical celluloid is that Olivia was so much more. In a stellar singing career, she gave voice to a stream of hits, among them, I Honestly Love You, Long Live Love, Xanadu and Physical, and courtesy of Grease, Summer Nights, Hopelessly Devoted To You and You’re the One That I Want.

Those songs formed the soundtrack to our lives. Which makes Monday, when Olivia passed away surrounded by family and friends including husband John Easterling at her horse ranch in the Santa Ynez Valley, outside Santa Barbara, California, a loss that cuts deeply. For many, a day the music died. Olivia was 73.

Olivia was born in 1948 in Cambridge, in the United Kingdom, but when she was six her family emigrated to Melbourne, and for the rest of her life she would be seen by the world as one of Australia’s greatest cultural assets. As her music career began to soar, she competed for the UK in the Eurovision Song Contest, finishing fourth behind winners ABBA. 1974 was, as they say, a very good year.

American fame, however, would be more elusive, at least initially. Her first solo album, If Not for You, cracked only 168th place on the US charts. And her second album, Olivia, was not even given a US release. But Newton-John lived to fight another day, a textbook case of third time lucky: in 1973, the US release of her single Let Me Be There landed in the top 10 and everything changed overnight. 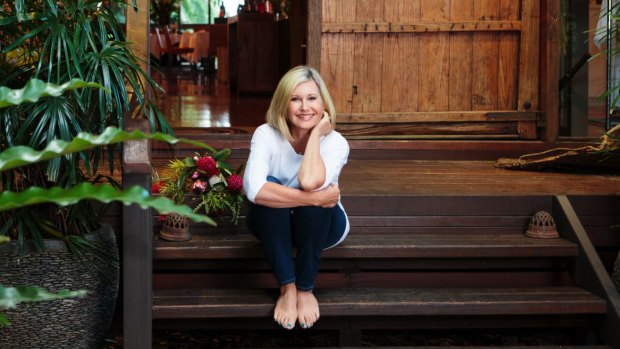 Olivia Newton-John at Gaia Retreat near Byron Bay, which she later sold to Tattarang.Credit:Kate Nutt

That single won her a Grammy Award for best female country performer and an Academy of Country Music award for most promising female vocalist. And the double win would be the match that lit the fire of an American ascendancy that would endure for decades.

When she arrived at Hollywood’s doorstep, she was in the mix for the role of Sandy in Grease, tasked with gliding into the chaos of Rydell High, re-meeting her summer romance Danny Zuko (John Travolta) and embarking on an all-singing, all-dancing transformation from doe-eyed backyard swing-sitter, belting out Hopelessly Devoted To You, to a leather-clad vamp, for You’re The One That I Want.

But it was not Olivia’s first movie. That was Toomorrow, a 1970 British science fiction musical from James Bond producer Harry Saltzman which landed with a thud. It took two years to make and lasted only a week in cinemas. Asked about it by American interviewer Mike Douglas, on the eve of the premiere of Grease, Olivia spoke with typical Australian frankness: “It was pretty bad.”

Even Olivia’s stellar turn in Grease might itself have never come to pass: she was not producer Alan Carr and director Randal Kleiser’s first choice for the role of Sandy. Carrie Fisher (Star Wars) and Susan Dey (The Partridge Family) were. The role was also offered to Marie Osmond, of Donny & Marie fame, who passed because she was uncomfortable with Sandy’s transformation from sweet to sexy in the film’s dénouement. 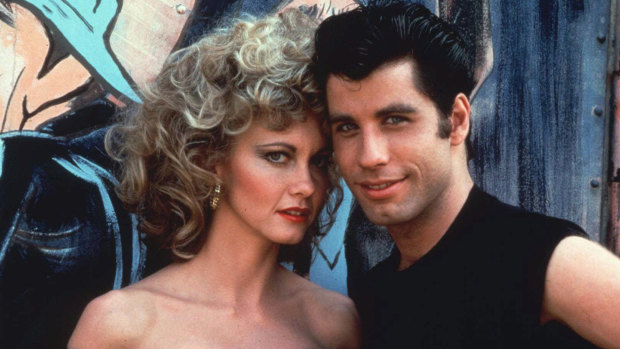 Like many Hollywood stories, however, the hand of fate intervened. Another legendary Australian, the singer Helen Reddy, threw a dinner party in Los Angeles and invited Carr who ended up sitting across the table from Olivia. As Carr tells it, the moment they started speaking he knew he had found his Sandy.

It was Olivia, Carr would later say, who needed persuading to say yes. She had been burned by her experience on Toomorrow and did not want to jeopardise a successful music career with another roll of the dice on silver screen fame. To persuade her, Carr changed Sandy from an American (as she is in the Broadway show) to an Australian, allowing Olivia to use her native accent.

“She had a brilliant voice, and I didn’t think there could be any more correct person for Sandy in the universe,” Travolta would later tell Vanity Fair. “I never let up on it. I insisted that we cast her”.

After Grease’s success – The New York Times′ Vincent Canby described the film as “a larger, funnier, wittier and more imaginative-than-Hollywood movie with a life that is all its own” – Olivia’s American star was properly lit.

Her films were not always commercially successful, though. Xanadu and Two of a Kind, which reunited her with Travolta, were notable failures at the time, but Olivia somehow spun musical gold out of box office straw. The Xanadu soundtrack, a collaboration between Olivia and the Electric Light Orchestra, was a hit. And Two of a Kind gave her three more hits: Twist of Fate, Take a Chance and Livin’ in Desperate Times.

Then there was Physical, which came with a provocative neon-powered music video that encapsulated the 1980s in just three minutes and 44 seconds. And Koala Blue, a retail empire that began with a single store on LA’s trendy Melrose Avenue and grew to 60 stores worldwide.

Like many things about the 1980s, however, as the blue eyeshadow faded, so did the business model. In the third act of her life, Olivia divided her time between Australia and California and focused on health and wellness, in part due to her own cancer diagnosis. She still wrote and recorded music, releasing work that was perhaps her most artful and creatively nuanced, even if it could never match the commercial enormity of Grease’s infectious, campy hits.

The measure of her legacy is the outpouring of love and reflection which followed the announcement of her death. “You made all of our lives so much better,” her Grease co-star John Travolta said. “Your impact was incredible. I love you so much. We will see you down the road and we will all be together again. Yours, from the moment I saw you and forever. Your Danny, your John”. 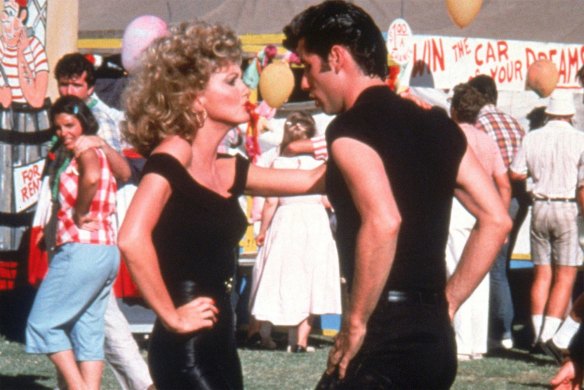 Olivia Newton-John as Sandy playing opposite John Travolta as Danny in Grease.Credit:

Another longtime friend, singer Lorna Luft, who played the Pink Lady Paulette Rebchuck in Grease 2, described Olivia as an angel on earth. “We shared being part of the Grease family, we also shared our battle [with cancer]. [You] brought awareness, dignity, honesty, knowledge and class to [your] fight and no one fought harder. [Your] phenomenal talent, generosity and friendship was unequalled.”

Grease director Kleiser said he was heartbroken. “She was one of a kind, and so very kind,” he said. “For over four decades of our friendship she exuded nothing but love to everyone she met. Olivia was exactly the way you imagined her.” And her Grease co-star Stockard Channing spoke of “her sunniness, her warmth and her grace. I don’t know if I’ve known a lovelier human being.”

The actress Viola Davis thanked Olivia for creating “eternal memories”. And Olivia’s friend, the pop star Rod Stewart, described her as “the perfect lady, gorgeous, with great poise and with a certain Aussie sophistication.” Australia’s own Kylie Minogue reflected on how, since she was a child, she “loved and looked up to Olivia Newton-John. She was, and always will be, an inspiration to me in so many, many ways.”

My own encounters with her were often unexpected and always delightful. We sat next to each other at British producer Nigel Lythgoe’s wedding in Las Vegas. And we shared a mutual friend in Luft. On one occasion, when the three of us were together, at Sydney’s Mardi Gras, Olivia and Lorna took great delight in introducing themselves to strangers as “Grease 1” and “Grease 2″.

Olivia will always be something specific and personal to each of us. In beloved motion pictures, like Grease and Xanadu, which evoke memories of our shared childhoods. And in still images, where her innocence and gentle demeanour, and her radiant beauty, are frozen in time. Olivia Newton-John and Sandy Olsson, forever, one and the same.

As a tribute to Olivia Newton-John’s life, Grease is airing on Channel 9 and 9Now at 8.45pm on Tuesday.

Our Breaking News Alert will notify you of significant breaking news when it happens. Get it here.