Arguably no residence in the United States is as famous as the White House.

Home to every president since John Adams in 1800, the White House has undergone many renovations throughout history that reflect the current owners' tastes. Multiple presidents have spoken about how they made the White House their home, whether that be by bringing four-legged friends into the residence or by having regular family dinners.

Here's what presidents and first family members have said about what it's like to live in the White House. 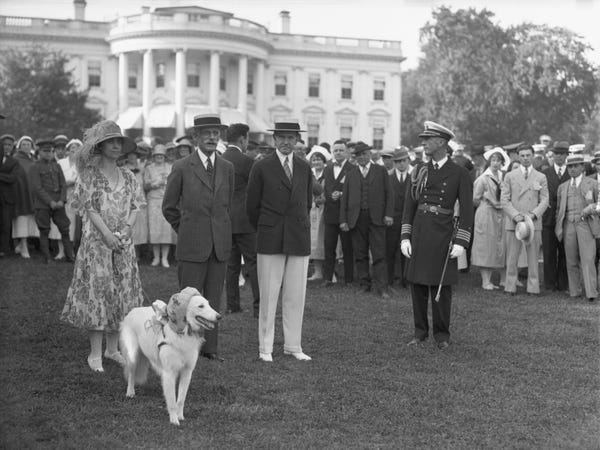 "Any man who does not like dogs and want them about does not deserve to be in the White House," Coolidge once said.

President Harry S. Truman referred to the White House as a "glamorous prison." 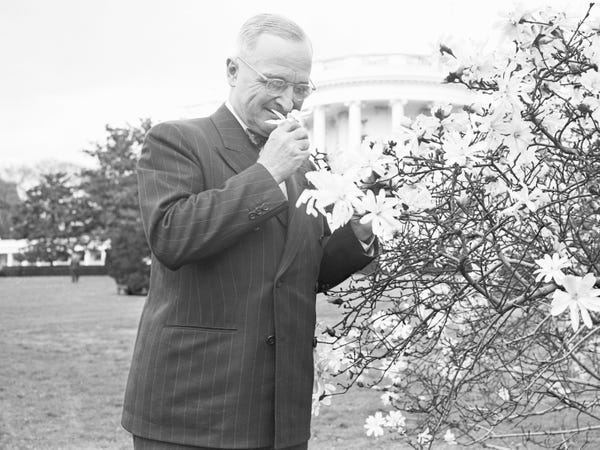 While security in the White House is undeniably top-notch, and presidents never leave without a full security detail, that didn't mean Truman wouldn't put his own touches on his own personal "prison."

In March 1948, Truman replaced the original awnings overlooking the south lawn with a balcony.

"I'd like to take better advantage of the view. I'm going to put a balcony there," the president reportedly said of the renovation. 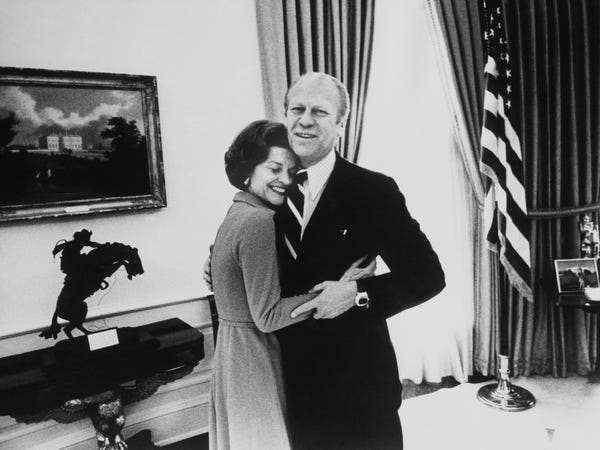 Read more: A look inside the White House, which has 132 rooms, a restaurant, and the offices of some of the most powerful people in the world

John F. Kennedy's family later reflected on how much he enjoyed the gardens surrounding the White House. 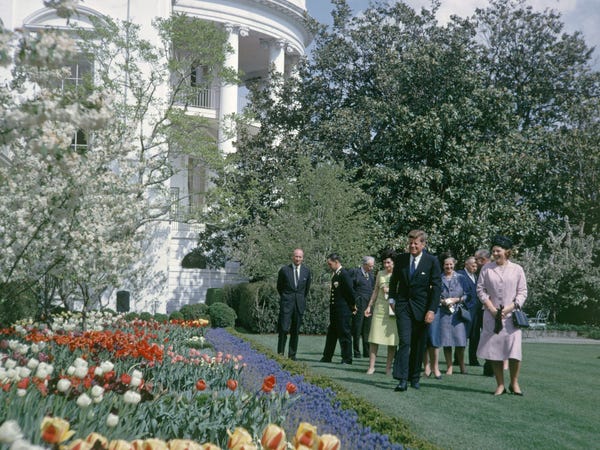 "Jack took both pride and interest in the rose garden. He wanted to know the varieties. He had ideas about the juxtaposition of colors, and if there were yellow leaves or other signs of distress he wanted to know what ought to be done and who would take care of it," Rose Kennedy wrote in "Times to Remember."

"I must say I was a bit surprised, for I had never heard nor seen him demonstrate any interest in horticulture at home."

Nancy Reagan said living in the White House was like living in a fancy hotel. 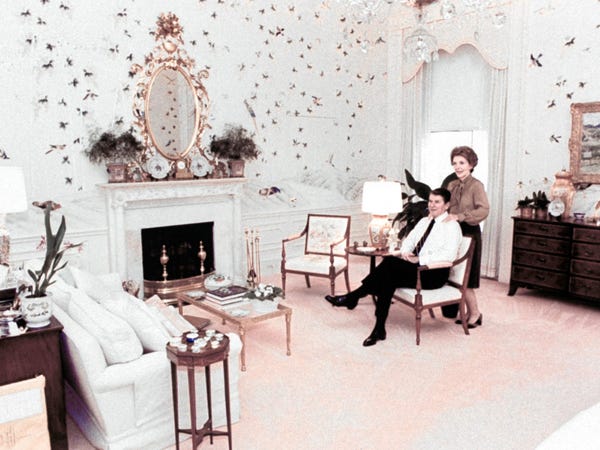 "Every evening, while I took a bath, one of the maids would come by and remove my clothes for laundering or dry cleaning. The bed would always be turned down. Five minutes after Ronnie came home and hung up his suit, it would disappear from the closet to be pressed, cleaned, or brushed," the former first lady wrote in her memoir "My Turn."

"No wonder Ron used to call the White House an eight-star hotel," she continued.

As a wartime president, President George W. Bush delegated much of the major White House interior design decisions to his wife Laura. 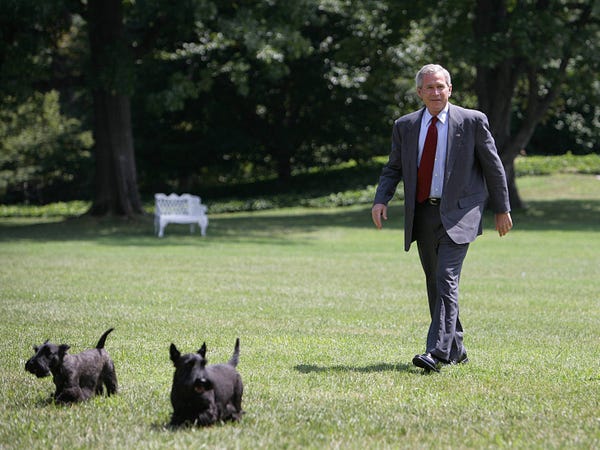 "George said he knew this was going to be a job of decisions, but he didn't realize he was going to have to make a decision on what kind of rug to have in the Oval Office," Laura Bush told Architectural Digest. "So he did what he thinks is the smart thing for a leader to do — he delegated it to me."

"George and I read in bed," Bush said of the bedroom's design, "and so we're very aware of having good lamps. And I also have a mother-in-law who stays now in these guest bedrooms and will be perfectly frank about what she would like in the rooms and what she wouldn't."

Read more: How the White House's decor has changed over the years

President Obama made time for family dinners while his family lived in the White House. 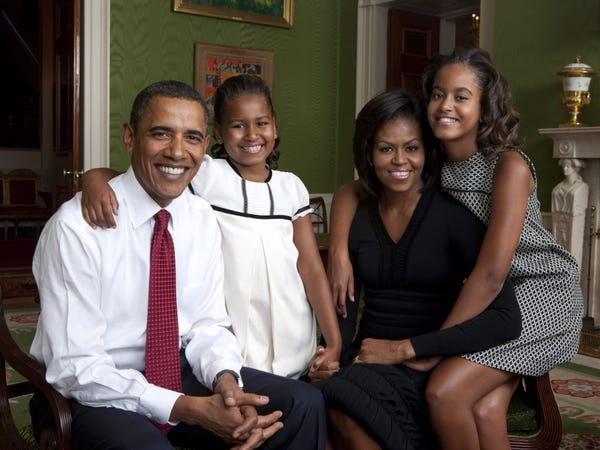 "When we're in town here in Washington, in the evenings, 6:30 we want to be at the dinner table with our kids and I want to be helping with the homework," he said, according to the Obama Foundation.

However, President Obama also described the lacking Wi-Fi in the giant house and the many "dead spots" that "frustrated" his two daughters.

President Trump described the lavish renovations he made to the dining room of the White House. 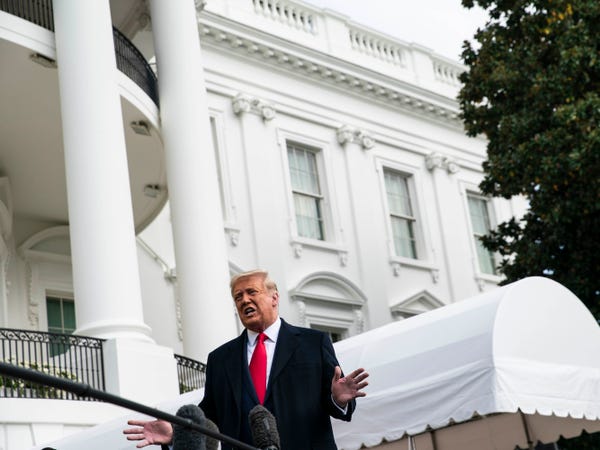 "We found gold behind the walls, which I always knew. Renovations are grand," he told Time.

Trump also added a crystal chandelier to the room, joking, "I made a contribution to the White House."