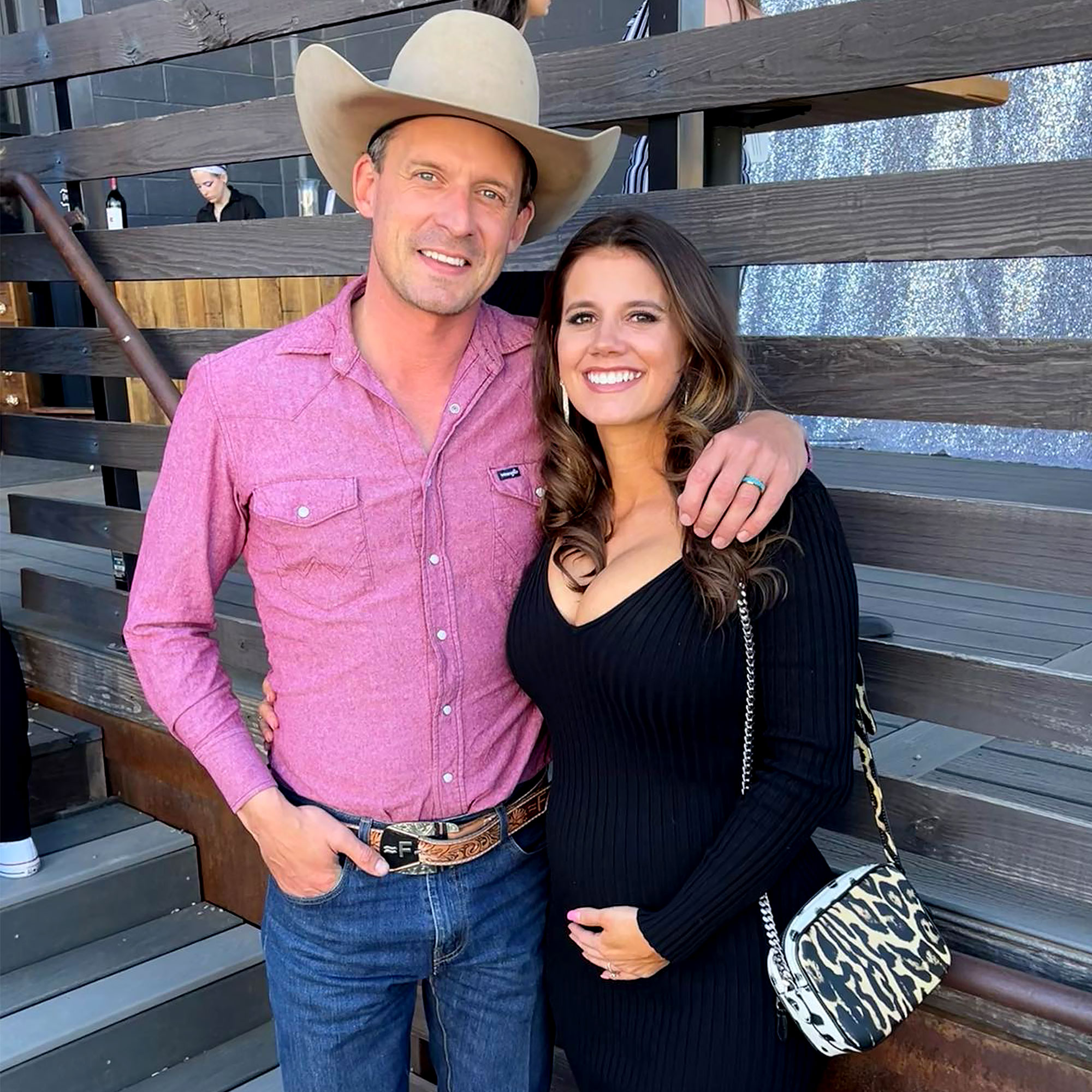 Celebrity Pregnancy Announcements of 2022: See Which Stars Are Expecting Babies

“Happy 38th Birthday to the poet and Daddy to my babies! #2Under2 #FelkerFamilyof4,” the Oklahoma native, 37, captioned a Thursday, March 24, Instagram photo with the songwriter, 38.

In the social media upload, the accountant cradled her baby bump in a black dress. Evan stood at her side in a pink shirt, jeans and a cowboy hat.

The Instagram upload came one year after the on-again, off-again couple surprised fans with photos of their daughter, Evangelina, now 14 months.

“Y’all welcome my husband #EvanFelker back to my grid after a few years off,” the new mom wrote via Instagram in March 2021. “He’s here to introduce our firstborn. Evangelina Hartford Felker.”

The pair wed in September 2016 but split less than two years later when the Turnpike Troubadours frontman was romantically linked to Miranda Lambert. Evan filed a scheduling order to end their marriage in May 2018, and the duo’s divorce was finalized three months later.

A source exclusively told Us Weekly in May 2018 that Staci and Evan had been “trying to have a baby” ahead of their breakup.

“They did not have marital problems, so Staci did not think anything would happen,” the insider explained at the time. “He went on tour [with Lambert] and he did not come home.” Lambert, 38, for her part, married Brendan McLoughlin in January 2020.

Two years later, the Red Dirt author confirmed in his memoir that he and his ex-wife had reconciled.

“First and foremost, I found sobriety and recovery,” Evan wrote of their reunion in August 2020. “And I stepped away from the road and got a clearer view of the world. I got back to just being me. I could not have ever done that while we were touring like we were. I had initially blamed everything on being on the road. But it’s only when you take the road out of the equation that you see you’ve still got problems. I was able to start fixing those.”

He and Staci got remarried two months prior “in a Texas courthouse,” and Staci reflected on their “unbelievable year” in June 2021.

“Even though we got married in Spain once and in our backyard in Oklahoma once (to make it legal), this wedding was my favorite. Third times a charm,” the bride told her Instagram followers at the time. “6.24.20. Our new wedding anniversary.”