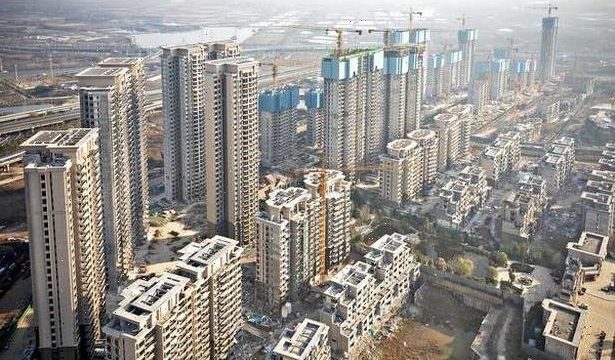 The year 2021 held renewed hope of revival of the economy with a slew of vaccinations announced to counter the pandemic. The industry had hardly breathed a sigh of relief with the commencement of the vaccination programmes when the second wave struck, bringing business activities to a standstill anew. Yet, despite the severity of the second wave, the real estate sector of the country strove to withstand the impact, signifying strong fundamentals ruling the market.

The sector was in a relatively better position in 2021 compared to the previous year, as most of the systems required were in place, with technology playing a major role. From an economic perspective, a few of the indicators, including GST collections and FDI inflow into the country, kept up confidence in the business environment. Thus, barring the second quarter of the year, the office markets showed fair traction, attributable to positive expectations emanating from vaccination drives, increased mobility and the imminent return of employees to work. Institutional investment in real estate, too, saw substantial improvement in 2021, with several large deals inked during the year.

The adoption of Work From Home, intended largely as a short-term business continuity measure, continued to be the norm for most companies, especially in the IT/ITeS sector.

Going by its acceptance, this concept of remote working holds broader implications in the coming times. The era of remote working had begun, proclaimed many. Yet, the jury could not concur if that were a boon or a bane for the industry, given the various complexities that it brought to the organisations, the biggest concerns being employee engagement and data privacy/security.

Vaccination drives had opened up expectations regarding resumption of businesses, leading several companies to open their offices and initiating a staggered return of their workforce.

The pandemic having put the spotlight firmly on the well-being and sustainability of workspaces, in-house vaccination programmes were conducted by most organisations as a part of their return-to-office strategy. However, the imminent threat of a third wave and the rise of the Omicron variant has led many companies’ office-opening plans to be postponed till a later date in 2022.

There was a distinct change in the workplace strategy. The advent of the second wave further reinforced this notion, leading organisations to enquire into their employees’ preferences.

With most employees today desiring an equitable balance of remote work and working at office as their preferred workstyle, organisations are presently exploring various models of hybrid/flexible work arrangements that would achieve the objective of accessing as well as retaining a talented workforce.

The pandemic not only brought the warehousing and logistics sector into the limelight, but also led to the recognition of this sector as an ‘essential services’ sector – one of the crucial lifelines that the country was reliant on. With customer bases accelerating at a rapid pace, warehouses enabled with automation and smart technology have become vital, to achieving sustainable business growth. Implying cognizance, warehousing companies today are prepared to spend a substantial amount on technological innovations, thus boding well for the automation market in the sector.

The residential market of the country has risen out of its slump and the combined impact of the pandemic-induced insecurity and increased need for home ownership has led to healthy sales and new launches. Buoyed by low home loan interest rates, stamp duty reductions in a few key markets and various measures announced by the government for providing impetus to the sector, the market witnessed a moderate revival in 2021.

However, retail and hospitality sectors continued to struggle during the year, seeing some movement towards the later part of the year with betterment of the economy.

The COVID-19 crisis has, thus, set in motion several changes in the industry, compelling businesses to deliberate upon adopting alternative avenues and more efficient ways of operations that are agile and future-ready. Despite the various pandemic-led tribulations during the year, there is no denying the fact that the real estate industry of the country holds the potential to bounce back, sooner rather than later.

With large-scale vaccinations underway and the economy gradually improving, we envisage the worst to have passed and hope to witness measured revival in the forthcoming period, given that the threat of the Omicron variant does not take an ominous toll.

The author is CEO-APAC, Vestian