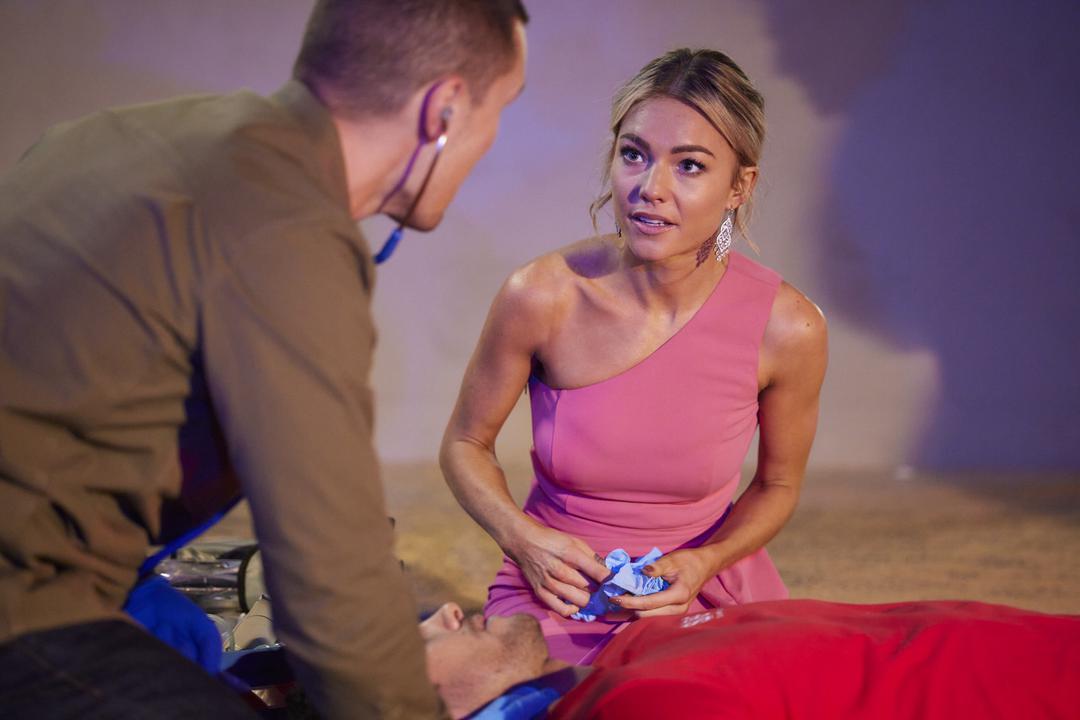 Summer Bay residents in attendance at Martha (Belinda Giblin) and Roo’s (Georgie Parker) mental health fundraiser in Salt have recently been subjected to a shocking chemical attack, as a mysterious figure in a HAZMAT suit entered the Surf Club and unleashed a lethal mixture of vapours through the vents.

Martha has been one of the worst affected, and she is rushed to hospital with Alf (Ray Meagher) at her side. She is unconscious when she first arrives, but as Alf waits anxiously outside her room he overhears her waking up and shouting for her husband. Ignoring the pleas of the medics, he immediately goes to be with her.

He tells the doctors and nurses he won’t be leaving – but he is soon forced to when the machines Martha is hooked up to begin beeping. Pushed out of the room, he is left bewildered and worried about his wife’s condition.

Logan (Harley Bonner) eventually comes out of the room and gives Alf the worst news he could possibly have hoped for. The toxins have damaged Martha’s kidneys and lungs, and there’s no telling if she will get through it. He tells a stunned Alf to prepare for the worst – his wife might not make it.

As Alf struggles to get to grips with the news, he – like everyone else in the Bay – is left with the questions: Why did the attack happen?

Why were toxic chemicals used? Why was Tane in particular targeted, and will their loved ones survive?