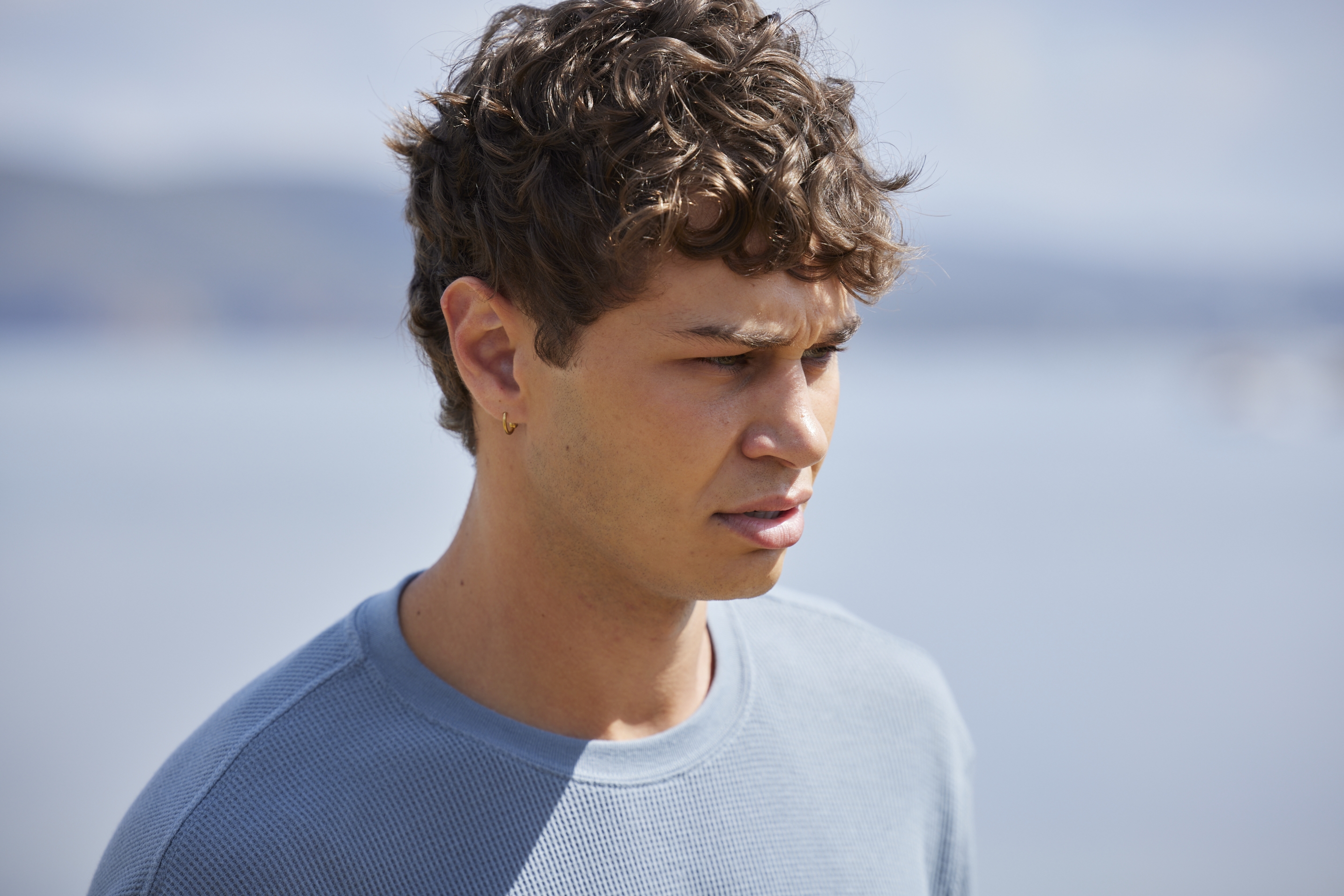 Theo (Matt Evans) and Chloe (Sam Barrett) have recently taken their relationship to the next level by sleeping together during an emotional afternoon where they both tried to escape from their problems. Chloe has been clinging to Bella’s (Courtney Miller) friendship and playing manipulative games with her friends and family, while Theo has been left reeling after his father Dimitri’s (Salvatore Coco) explosive arrival in the Bay.

The pair run into each other the next day, and Theo invites Chloe to dinner – a request she enthusiastically accepts. However, Chloe suddenly sees Bella approaching from a distance and quickly changes her tune, switching off the enthusiasm and telling Theo she isn’t sure about it. She then runs to Bella and lies that Theo is too keen – she’s struggling to deal with it.

Later, Theo confronts Chloe – was their night together a mistake? It meant something to him, but her hot and cold treatment has left him confused. Chloe is torn between telling the truth and keeping their budding romance intact – or keeping her friendship with Bella. She opts to put Bella first and lies to Theo, saying it didn’t mean anything to her. Theo is devastated.

Theo’s love life isn’t his only problem – Justin (James Stewart) is keen to give him some advice, saying that he has to come clean about why he doesn’t want to live with Dimitri in the city. Meanwhile, John (Shane Withington) comes face to face with Theo’s tormentor and Dimitri immediately senses that John knows something. He invites John for a drink, and he accepts, wanting confirmation about what Dimitri’s game is in the Bay.

During a quietly heated discussion in Salt, both men realise what the other’s game is. Dimitri is furious that Theo has been talking to John, and immediately confronts his son. Riled up, he asks Theo why he’s been bad-mouthing him to strangers, while onlookers in the Surf Club stare. However, Theo has had enough over the last few days and snaps, punching his father to the floor…