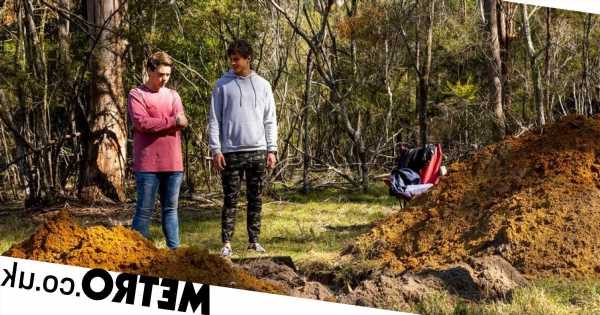 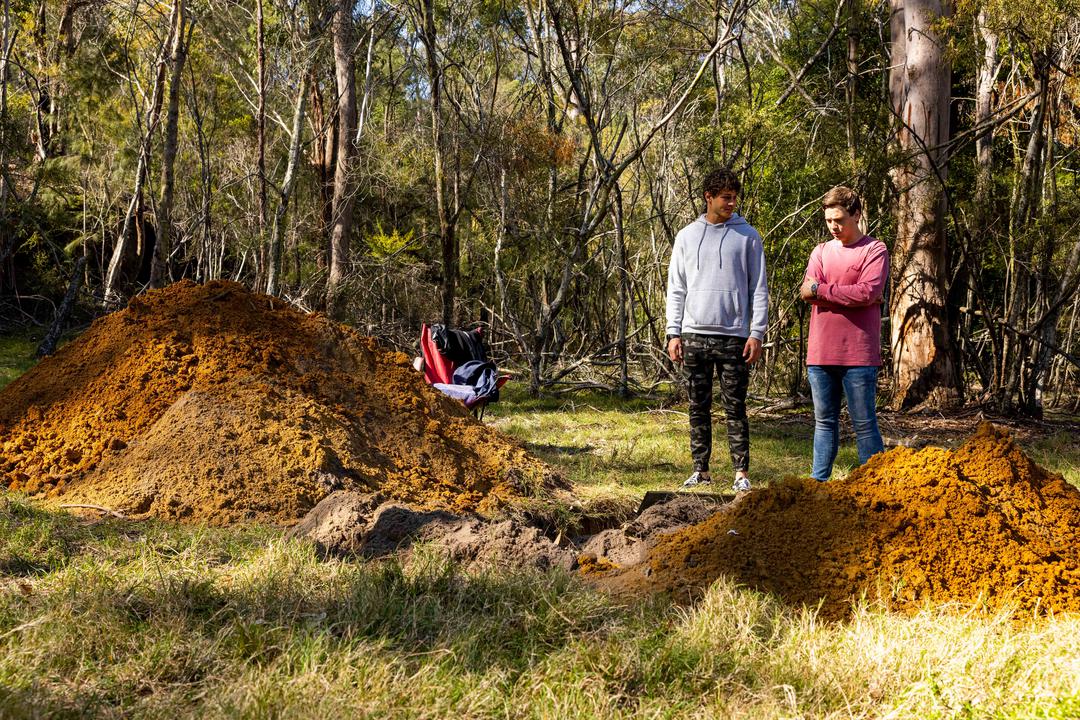 Ryder (Lukas Radovich) and Theo (Matt Evans) have had their fair share of fun, dares and mishaps in recent weeks – from eating ghost chillies to walking on burning coals. Now the pair want to take their prank channel to the next level, despite warnings from those around them to stop taking such risks.

Even though Justin (James Stewart) has said it could cause serious danger, the two men are still determined to keep pulling in viewers and making money.

During a visit to see Martha (Belinda Giblin) in hospital, Ryder opens her bedside drawer and sees a coffin company pamphlet. He is disturbed by the way Martha is thinking, but the images inspire him to come up with the next big idea for the video channel. What’s more, he will be the one to take on the prank. He tells Theo right away and they make plans to find a coffin of their own….

Later, the pair head out into the bush to start digging a hole underground, then they start filming. They’re back, and this time Ryder is going to be buried alive – for five hours! Theo will be sticking around in case of emergency. Ryder gets into his temporary resting place, and Theo fills the hole back up. Then the clock starts ticking.

After an hour of sitting next to the hole, Theo gets bored and decides to head back into the Bay for lunch. Meanwhile, six feet underground, Ryder goes to open his packed lunch – only to discover Theo filled it with chillies as a joke. Unamused, Ryder realises he will be going hungry as well as feeling cramped for the next few hours.

Ryder tries to get hold of Theo, but he doesn’t answer. Eventually, Theo picks up and admits he’s in the Diner. Ryder is furious, but Theo tells him to chill – he’s on his way back. He stays on the phone as he walks back to the spot in the bush, but then Ryder hears Theo cry out and the line goes dead.

As Ryder calls Theo’s name, Theo is lying unconscious at the bottom of a ravine. Ryder begins to panic – is he about to be trapped underground?