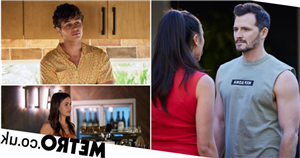 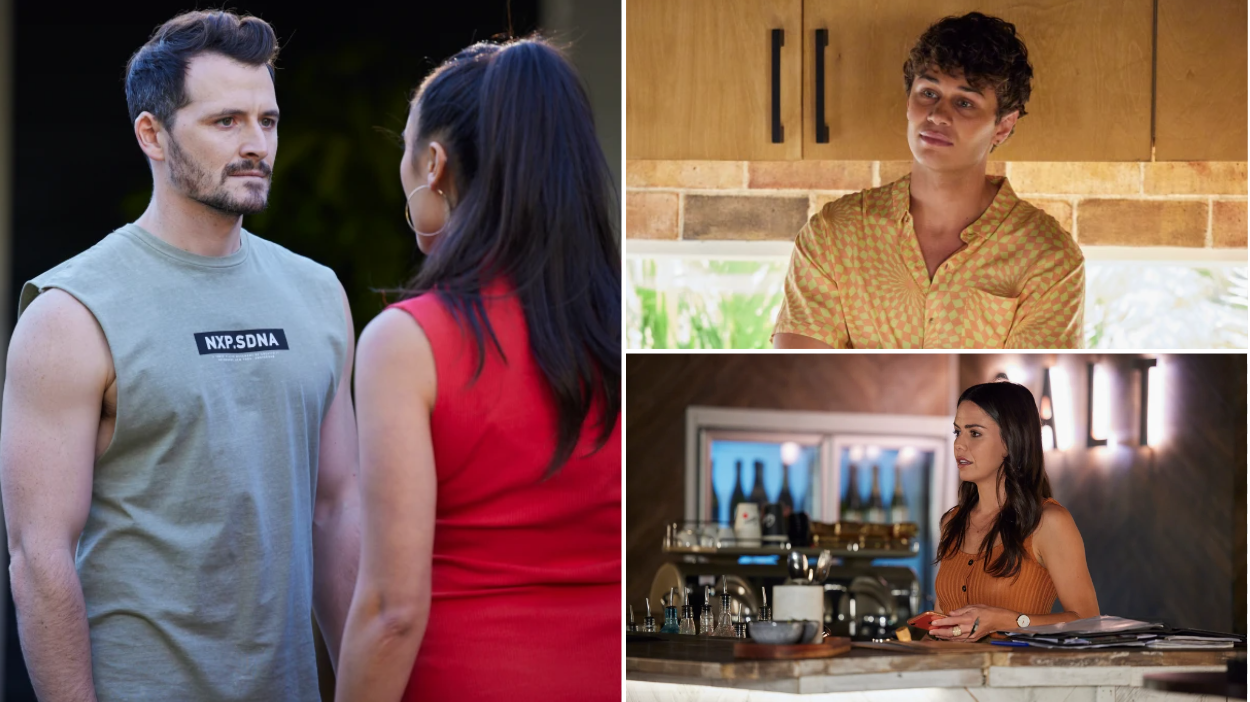 This week in Home and Away, Bree (Juliet Godwin) finally goes to Remi (Adam Rowland) for help, but when Cash (Nicholas Cartwright) shows up at the door she is furious.

Why would he go to the cops behind her back? She isn’t ready for that just yet – and as she answers the phone lovingly to Jacob (Alex Williams), Remi begins wondering – is she ready to leave her husband?

Elsewhere, Xander (Luke Van Os) is nervously embarking on his first date with Stacey (Maleeka Gasbarri) – but disaster strikes when a man collapses in Salt. Xander immediately jumps into paramedic mode, but is forced to abandon his evening with Stacey. Once the man is in hospital, Xander apologies, but Stacey makes her excuses and leaves – was Xander’s first date with her also his last?

Here’s what’s coming up in Home and Away for the week beginning Monday January 16.

Bree is furious with Remi when the cops show up

Bree has finally persuaded Jacob to go back to WA for a few months for work, but the emotional toll is too much and she goes to Remi’s place, distraught. She collapses in Remi’s arms, and he tries to help her come up with an escape plan. However, Bree is preoccupied with Jacob’s imminent return in just a matter of weeks. Remi suggests going to the police, but unfortunately Cash shows up on the doorstep with terrible timing. Bree recoils, and is furious when Cash reveals he’s responding to a note from Remi asking for advice. Bree can’t believe Remi went to the cops behind her back! Has Remi destroyed his trust with Bree already?

Ziggy breaks down after a harsh meeting with Justin

Justin has been left furious after discovering that Ziggy ‘forgot’ to open up the garage when he left her in charge, and now there are angry customers blowing up his phone. He suggests that Ziggy’s workload is cut to cater to her pregnancy, but Ziggy is furious with the new arrangement. She begins overworking herself until Dean asks her why she’s exhausting herself for pride.

Reluctantly, she sets up a meeting with Justin, but she quickly takes offence with his gentle attitude about her pregnancy. Fed up with Ziggy’s attitude, Justin gives her a dose of reality – she’d be facing disciplinary action for the other day if she wasn’t pregnant. To his surprise, Ziggy suddenly bursts into tears and rushes away…

Xander is forced to abandon his date when a man collapses

Xander is nervous about his first date with Stacey, and to make matters worse, Rose shows up at the last minute to sit opposite him while he’s waiting for her. He is embarrassed when Stacey arrives to see him hanging out with his sister, but after getting over his initial nerves the pair begin to enjoy spending time with each other. However, an unexpected disaster hits – a patron collapses on the floor up at the bar. Xander immediately knows what’s happening and springs into paramedic mode, rushing the man to hospital. But how will Stacey react to their date suddenly being abandoned?

Mackenzie freezes in a crisis – then hates herself for it

When a seemingly drunk patron suddenly collapses in Salt, Mackenzie is surprised to find herself frozen and unable to take any action. Xander asks her to call for help, but she can’t do anything and others take over instead. When Xander leaves for the hospital with the man, Mackenzie begins beating herself up. She’s usually a woman who is in control – why did she react like that in a crisis? She realises it’s time to get first aid training so it doesn’t happen again. Trying to make up for her inaction, Mackenzie goes to the hospital to visit the patron – but she is floored to learn the man is in ICU in a coma…

Marilyn is shocked to learn Roo is giving up tutoring

Marilyn, Roo, Alf, Leah and Irene have all been in shock after Heather took them hostage recently. However, now that Marilyn has returned to the Bay, life is beginning to get back to normal.

Marilyn suggests that Roo returns to tutoring, but Roo is immediately curt with her response and deflects. Alarm bells go off for Marilyn – perhaps she isn’t the only one with lingering guilt about Heather? She questions Roo, and she admits that she’s rattled by the fact she misjudged Heather so badly. However, Marilyn refuses to let Heather ruin Roo’s self-confidence. Will she be able to persuade her friend to give tutoring another go?

Tane is confused when Nikau goes overboard with wedding planning

As wedding planning begins, Nikau is hopeful he will be Tane’s best man. Amused, Tane quickly puts his nephew out of his misery. To Tane’s surprise, Nikau immediately launches into action and goes overboard with his best man duties. Felicity is pleased – less work for her to do! But Tane senses something deeper is going on and asks Nikau why he’s so invested in the wedding. Nikau admits that if Ari were alive, he’d be best man. He just wants to make his family proud and live up to Ari’s standards.

Bob shows up in the Bay to beg for Kirby back

Theo and Kirby have just nailed their first radio interview with Lyrik and now they’re enjoying hearing their music on air. However, they’re interrupted by an unexpected guest – Bob has returned to the Bay! Lyrik’s former singer, and Kirby’s ex, immediately begins showering compliments on her, and Theo reluctantly leaves his girlfriend to deal with the sudden visitor. Bob slips in a few jibes about Theo – has she really moved on with this guy? But when Kirby threatens to walk away from their conversation, he switches tactics and starts begging. He wants her back…

As Felicity and Tane begin thinking about the wedding ceremony, the topic of guests comes up. Cash suggests inviting Gary, their foster father, but Felicity immediately shoots the idea down. Cash is downcast about her decision, and John notices. He’s confused – why wouldn’t she want Gary around; surely he is a father figure to her? Cash explains that Felicity’s trauma after her parents’ death ruined her bond with Gary.

Later, Cash tries to bring up inviting Gary again, but Felicity is even more furious and accuses him of guilt-tripping. She tells him that having Gary there will only serve as a painful reminder of her fathers’ absence…