When it comes to the potato plant, most of us only think about the part that we eat. This comes from underground stems that produce tubers that grow into potatoes. However, did you know that potatoes also produce flowers and fruit which grow on the other side of the ground for us to see? Express.co.uk reveals everything you need to know about potato plant flowers and what you can do with them.

At the end of the growing season, usually in July or August, potato plants grow flowers that turn into fruit.

You may have heard stories of people saying their potatoes turned into tomatoes, but that’s not exactly true.

So what are potato fruit and flowers and can you eat them? 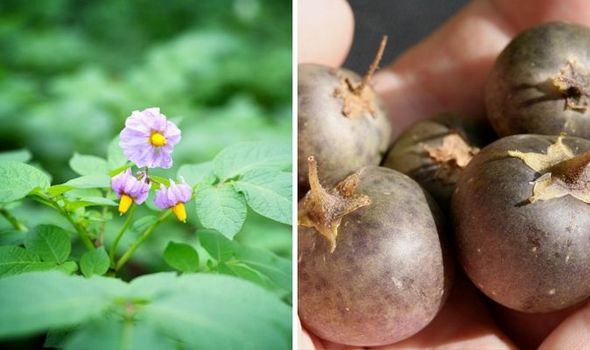 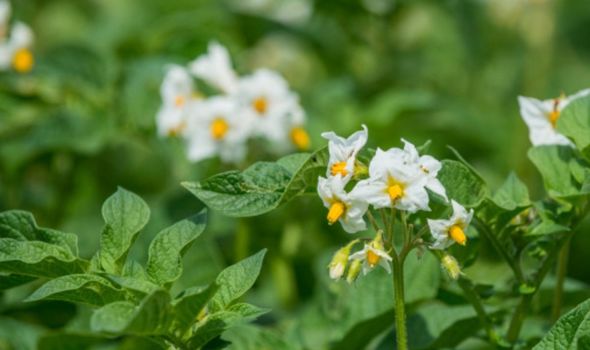 The flowers of a potato plant look like tomato flowers but they are normally white, lavender or pink instead of yellow.

Normally, these flowers dry up and fall off in the dry months and don’t turn into fruit.

However, if the weather is cool enough and there’s enough rain to let the flowers pollinate and grow, they will grow into potato fruit. 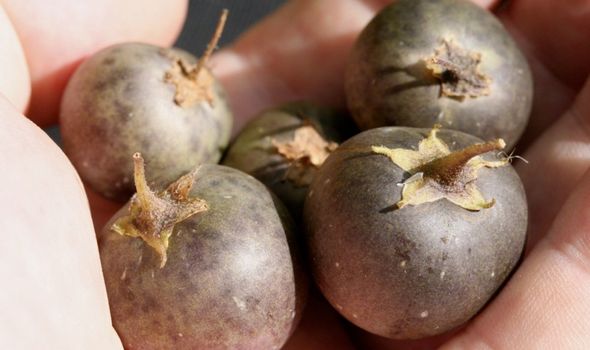 Potato fruits are often confused with tomatoes, which sometimes leads people to believe their seeds have been mixed up, but they’re not.

They are the berries of potato plants that just resemble small, green cherry tomatoes.

The skin of the fruit normally stays green and leathery – it doesn’t colour.

Can you eat potato flowers and fruit?

You should NEVER eat the potato fruit or flower because the fruit, in particular, is poisonous.

According to information from Michigan State University’s website, the fruit contains high amounts of solanine that makes the eater very ill.

It’s the same poison found in inedible potatoes that have been dug up and left in the sun to turn green. 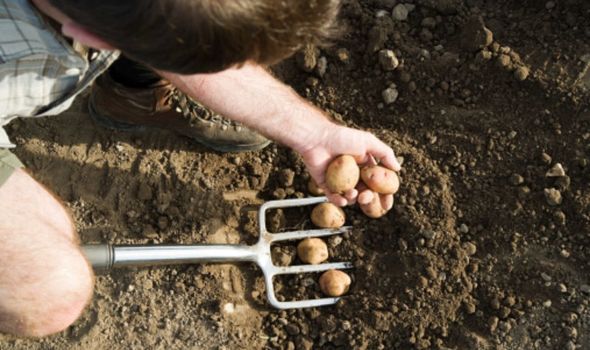 The potato plant fruit isn’t just unpleasant to eat, it can lead to horrible symptoms such as headache, abdominal pain, shock and diarrhoea.

You shouldn’t even bother to save the ripe seeds inside the poisonous fruit because they won’t produce the same potatoes as the parent plant.

If you did use these seeds, it would take years and years for this plant to grow big enough to harvest.