Tomatoes are ideal for growing in containers both indoors and outdoors, making them a popular option for gardeners. The fruit starts to ripen from mid-summer onwards, depending on the variety chosen and weather conditions. Smaller tomatoes tend to ripen more quickly than larger crops and greenhouse tomatoes usually last for longer. According to Gardeners’ World host Monty Don, there is one simple trick that gardeners can do if they find that their tomatoes have not ripened.

In his recent blog post for September, the gardening expert explained that due to the extremely hot weather the UK has received this summer, many tomatoes have likely stayed green.

Monty said: “Tomatoes ripen best when the temperature is between 26 and 30 degrees so this summer was too hot for many of them.

This is especially if grown under glass and meant that many stayed green much longer than in a cooler summer.

“However, by September the heat is running out and inevitably we are all left with green tomatoes that are never going to ripen.” 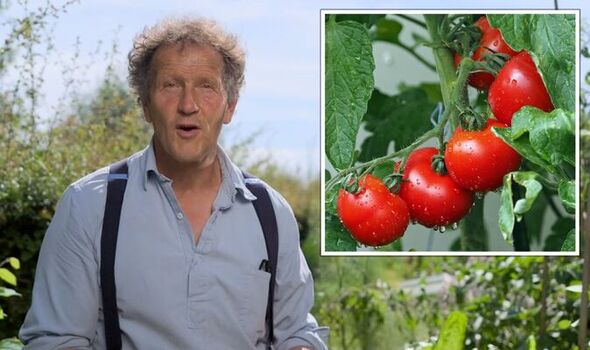 Gardeners need not worry as the gardening pro suggested a clever trick to quickly ripen your fruit using a banana.

Monty advised: “However, if you pick them – either individually or on the bine, then put them in a drawer with a banana they will ripen and turn red.”

Tomatoes produce ethylene, which encourages ripening. Placing the tomatoes near another fruit that releases ethylene, such as a banana, can speed up the process.

Ethylene is a naturally occurring plant hormone and is one of the simplest compounds affecting physiological processes in plants.

The effects of ethylene gas and fruit ripening may also be affected by other gases, such as carbon dioxide and oxygen, and this varies from fruit to fruit.

Tomatoes can also be ripened in the window. Experts at NC State University Cooperative Extension suggested simply picking the tomatoes, washing them, drying them and setting them on a windowsill to finish ripening.

Ripening is marked by rapid and dramatic changes that give fruits their attractive and edible characteristics.

Some of the familiar changes are softening, which results from the cell-wall substances being worn down and the disappearance of a green background. 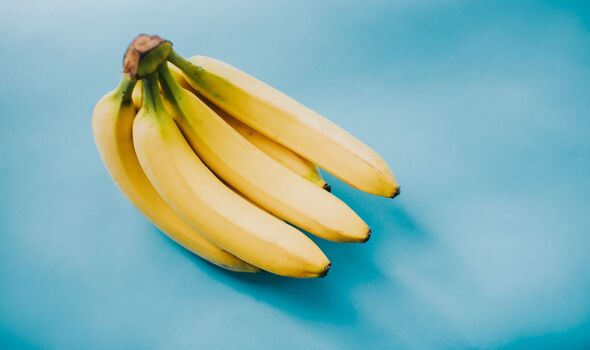 Once your summer-fruiting raspberries have finished cropping, it’s time to cut out the stems that bore fruit this year. This encourages new stems to grow from the base, which will carry fruit next summer.

The suckering nature of raspberry plants means that if left unpruned they become very congested, produce small fruits, and outgrow their allocated space. Also, the fruited stems will gradually become weaker each year and eventually die.

It should be easy to spot these old stems, as they will be brown and still carry the remains of the fruit stalks. 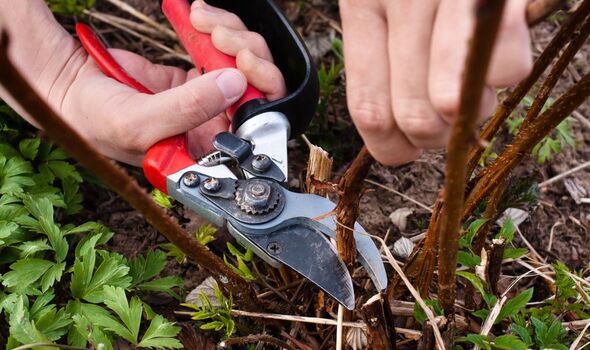 The expert explained: “The old brown canes of summer-fruiting raspberries can now all be cut down to the ground, leaving the fresh new green canes standing. These new canes will carry next summer’s crop.

“It is a good idea to reduce these to the half dozen strongest shoots, taking out all smaller or awkwardly positioned growth.”

Monty said that the remaining canes will need holding securely for the next year and therefore summer raspberries are best grown against a permanent system of support. Ideally the new stems should now be spaced about 20cm apart.

The gardening pro explained:  “I tie the canes with twine to parallel wires fixed strongly between robust posts, weaving round them and fanning them out evenly as I work along the wire at each level. It is important that it is really secure as winter winds can catch and damage them.”