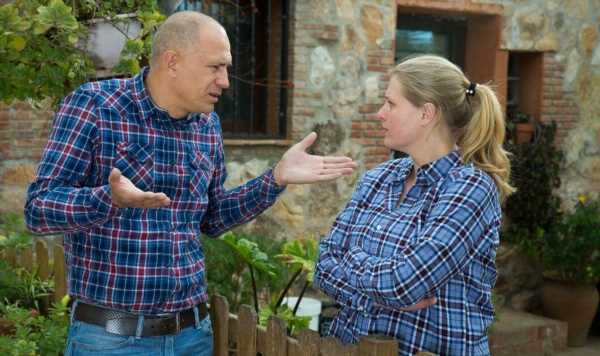 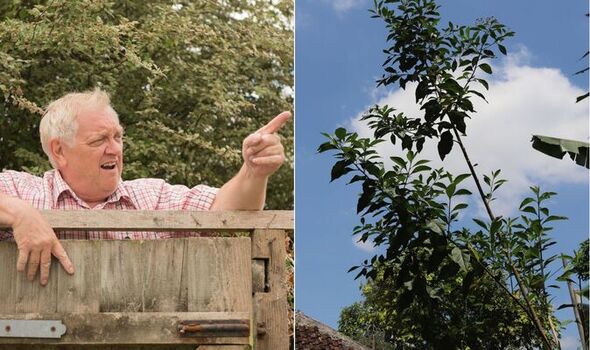 A homeowner has expressed his frustration after his neighbours refused to cut down a tree in their garden – even though it’s breaking part of his property. The man explained that the large tree is positioned in the corner of his neighbour’s garden, and as it continues to grow, its roots have begun to knock down the wall that separates the two outdoor spaces. Initially, the man spoke to one of his neighbours, who said he would look into cutting down the tree as he agreed it was causing structural damage, but the neighbour’s wife is refusing to get rid of the plant and has forced her husband to reconsider his support for removing the tree.

Posting on a Reddit forum titled ‘Neighbours from hell’, the homeowner wrote: “There is a tree in the corner of my neighbours’ (who we’ll call David and Jane) garden that is very large and tall (30ft or above), and it’s roots have been knocking down the wall that separates the two gardens and the wall that faces the pavement.

“We (my wife and I) have talked to the two of them about the issue and David agreed that the tree should be cut down, because not only is it destroying my wall we’ve noticed that it’s in danger of falling.

“Jane, however, said that she didn’t want it cut down because it’s expensive and she likes the tree where it is, and David said that he stood by his wife’s decision.

“We of course couldn’t do anything more as the tree is on their property.”

The man then said he’s had issues with the wife in the past, and while he can understand her reservations about the cost of having the tree cut down, he believes it could pose a safety risk in the future.

He said that Jane is “rather frustrating” as the man explained that the woman will often complain about the noise when his wife is “splitting logs”, when Jane’s husband does the exact same thing.

The homeowner added: “There was a time when my daughter was sitting against the wall of their house – still in our garden – and Jane stuck her head around the corner and told her to ‘get off my property’.”

The man is aware that the tree may be expensive to cut down, but fears that it will damage his property.

He said: “I was talking about the situation with my friend and she said that I was being too harsh on Jane, and that it is expensive to get a tree that size cut down.

“I’m well aware of the prices – when I first moved into the house there were three huge trees in a garden that is not nearly large enough for them and got all of them cut down and it cost me over £5,000.

“But it’s not like they’re short of money and not only is that tree damaging both of our property, it is actually dangerous – during storm Eunice this year, it very nearly fell.”

Commenters on the post urged the man to get in touch with his local council about the tree, as they may be able to help if it poses a risk of falling.

One person said: “See if there are any local ordinances around nuisance trees. If it’s in danger of falling you might be able to get the city to require them to take it down. You might want to proactively hire an arborist to evaluate it so you have proof.”

Another commented: “Have a local official come out and look at the situation and tell you what they think about it. I know people who have been ordered to take down trees by the city.”

A third said: “If you have homeowner’s insurance in the UK let them know about the tree. It is very likely your neighbours will be on the hook for all damage to your house caused by the tree that they failed to take care of.”

A fourth person urged the man to hire a tree specialist to assess the issue. They said: “As an arborist I can suggest having an arborist who is certified in hazard tree assessment look at the tree. If deemed a hazard and the tree fails and causes damage to your property, the assessment from that arborist can be held up in court to protect you from having to cover repairs.”

According to problemneighbours.co.uk, homeowners should contact their local council’s Environmental Health Office if a neighbour refuses to take action on a tree that is at risk of falling, as they are able to serve notice telling the landowners to make the tree safe in whatever way possible.

The website states: “The owner is not under any legal duty to take action, but will be liable if a tree they knew to be damaged caused damage to property or injury to a person.

“As prevention is often better than waiting for damage or injury to occur, however, the Environmental Health Office may be able to invoke the Local Government (Miscellaneous Provisions) Act 1976 if the tree poses an immediate risk to property or people.

“This allows them to serve notice on the land owner to make the tree safe. If they fail to do so, the Environmental Health Office may undertake this work themselves. The landowner would then usually be charged for any gardening required.”