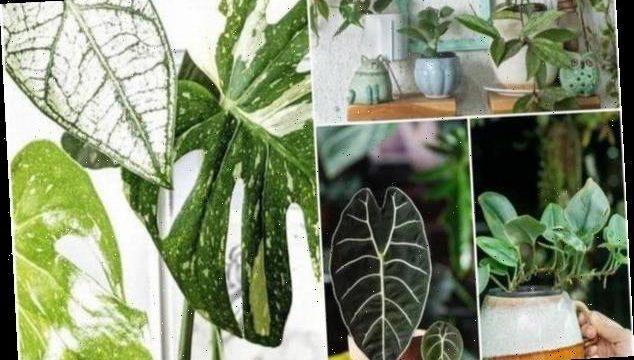 Becoming ‘plant parents’, a millennial trend that’s been around for a few years, came to a head in 2020. Now, influencers, stylists, and master classes are helping keep the momentum

“Our plant, Lola, had a baby!” announced a #proudplantparent yesterday, on the ’gram. Another parent introduced us to Hera and Odin, two succulents that had “graduated to bigger pots”. The comments sections were flooded with congratulatory messages. Seems odd? Not so in our post pandemic world, where houseplants — often with names, much like our pets — are our new companions.

People are picking up Monsteras (one of the trending plants of 2020), talking to them every morning (many swear by it), and taking photographs with them. Our social media feeds are proof: overrun with pictures of people showing off their newly-acquired Calatheas and Chinese Money Plants. And, interestingly, it is not just the average garden enthusiast who has taken it up with an enthusiasm last seen for sourdough. The world over, the houseplant industry is blooming with workshops, profitable newsletters, live videos, and plant talk shows. Even MasterClass had a session with Ron Finley, the Gangsta Gardener of Los Angeles, which is telling.

India’s ‘plant influencers’ are keeping up. “Interest in gardening has grown since lockdown,” says Vinayak Garg, who founded Delhi-based enterprise Lazy Gardener in 2019. His Reels about growing microgreens and knowing when to repot have seen his Instagram followers increase from 100k in March 2020 to 290k+. “During lockdown, I was alone at home. So I decided to do a 21-day series that included the basics, gardening for kids, etc. The number of people attending it [10,000 at one point] was a reflection of the growing interest. Since then, we’ve attracted a mixed crowd, between 25 and 50 years.”

Lawyer Shefali Alvares is a new plant parent; she began gardening during the lockdown after seeing how therapeutic her grandmother found it. “I started with hardy varieties such as palms and money plants, and then moved on to others like caladiums and peace lilies.” She also went on a buying spree. “It became like a disease,” she laughs. “I made the mistake of buying from vendors who forced plants to flower prematurely, so they’d look attractive, but these don’t last.” The death of several species was a huge setback to her confidence. Since then, Alvares “spent hours reading up about plants” and following experts.

Plant blogger and researcher Ekta Chaudhary (@GardenUp) has dealt with many such ‘mourners’ of late. “Often, in DMs and comments, I see that people need encouragement after they’ve killed their first plant. I tell them to try again because nobody is born with a green thumb. Over time, you develop a kind of intuition,” she says. Another influencer who fields similar questions is Ann Mathew (@geeksofgreen). She’d started gardening a few years ago with 40 succulents she’d brought from her aunt’s garden in Mysuru. After she “killed them all”, she began studying plants seriously and, as her knowledge grew and her north-facing garden flourished, she started putting up videos on social media. Today, the Mumbai-based entrepreneur has 58k+ followers on YouTube and 32k+ on Instagram, who wait for her videos on plants, gardening tips, and nursery tours.

Foliage is having a moment — perhaps because not too many flowering plants grow well indoors, in India’s climate. For Bengaluru-based architect, George Seemon, however, it is the “forest feel” that he finds most attractive. “When I design a space, I usually bring in a lot of minimalism. But when it comes to my own home, I love the clutter of having plants everywhere,” he says. His house currently has more than 300 plants, over 100 of which he bought last year (think Plum aralias and the Taro vine). Seemon also used his spare time to research plants. “I follow international accounts, such as @lostinplantopia and @houseplantclubto. Unlike most Indian influencers — who are straightforward, giving information about what looks nice, how to pot, how to water — these content creators go into greater detail. Such as light metering or what the browning in different parts of a leaf signifies.”

The business of plants

Nurseries — “the only place during the pandemic that was packed,” according to Seemon — are cashing in on our growing interest. Outfits like Ugaoo, the online garden store, and The Seed Store in Goa (which retails open pollinated and heirloom seeds) are attracting ever increasing customers. Manish Saini, COO – e-commerce, Ferns N Petals, says they get over 1,500 orders every day. “To ensure availability, we are shifting towards hyperlocal deliveries — partnering with local suppliers to help us deliver fresh plants and improve customer experience,” he says.

At Mumbai’s Vriksha, customers are lining up to buy rare and unusual plants. “We have seen a notable increase in interest from younger people,” says owner Shaan Lalwani. “Plants seem to be a great way to flex online. Last week, we sold 160 Venus flytraps, which is very popular now, along with the carnivorous Pitcher Plant. Younger customers like them because they are exciting and tactile.” In Chennai, Maanas Vibhu of 30 Degrees North nursery on East Coast Road, says sales have surged by at least 40%. “First-time gardeners, who are savvy on social media, are coming in to pick up ‘trending plants’ like the Monstera deliciosa [Swiss Cheese plant]. This has also driven up the prices; what was selling for ₹200 pre-Covid is now selling for ₹500.”

Aesthetics and a new hobby aside, what’s pushing this trend of greening our interiors is also the fact that it gives people a sense of control in a world that has gone awry.

There is a symbiotic relationship between the ‘nature’ that they bring indoors and the ‘nurture’ we exchange with them. A Japanese study found that viewing plants altered EEG recordings — it lowered stress and fear, as well as reduced blood pressure and muscle tension.

For others, it is a coping mechanism. Mumbai-based writer Deepika Gumaste was diagnosed with clinical anxiety and depression, and was put on medication right before lockdown. “Deciding to begin my garden [where I grow low maintenance plants such as bougainvillea, bamboo and white syngonium] was perhaps the wisest decision I took. They are no-expectation companions,” she says. “Caring for something immediately beyond our families and friends served as a daily reminder of the possibility of life. It kept me sane and added a routine to my life. And when I feel alone, I sing to them.”

With so much going for the garden, 2021 can be the year to welcome more plant babies (if you haven’t already). And yes, to name them too.

With inputs from Surya Praphulla Kumar

“Most urban homes aren’t spaces to spend the entire day in. Most of our life was spent outside it, between work, socialising and entertaining. Then suddenly, last year, we were faced with this situation where the home turned into a restaurant, office, school. And people started to think about what access to nature and greenery really meant. That balcony, that window, that access to nature and the sun became extremely important. It goes back to an emotional, psychological need — both visually of having a connect with nature, but also [by nurturing plants] of sustaining some sort of control over our surroundings at a time when we don’t necessarily have it.

Earlier, the help used to water the plants. Now we are engaging with them daily, much like pets. For a lot of people, this is quite a unique experience. And there are many who swear by the idea of talking to plants! If one is ever solitary, they are fantastic companions.

This trend for greenery is also moving into our interiors. We are seeing more people interested in wallpapers, frames and prints with botanical themes, and colours that are ‘nature inspired’. Zoom frames incorporate plants along with artefacts. Look up Bengaluru-based architect Vinita Chaitanya’s videos on Instagram. She’s become popular for her styling with flowers.

When people start to go back to work, balcony gardening may peter out for some and stay on for others. But should we continue to have growing, nurtured objects in our homes? I say, 100%.”

Manju Sara Rajan is the editor-in-chief of beautifulhomes.com

As told to Surya Praphulla Kumar