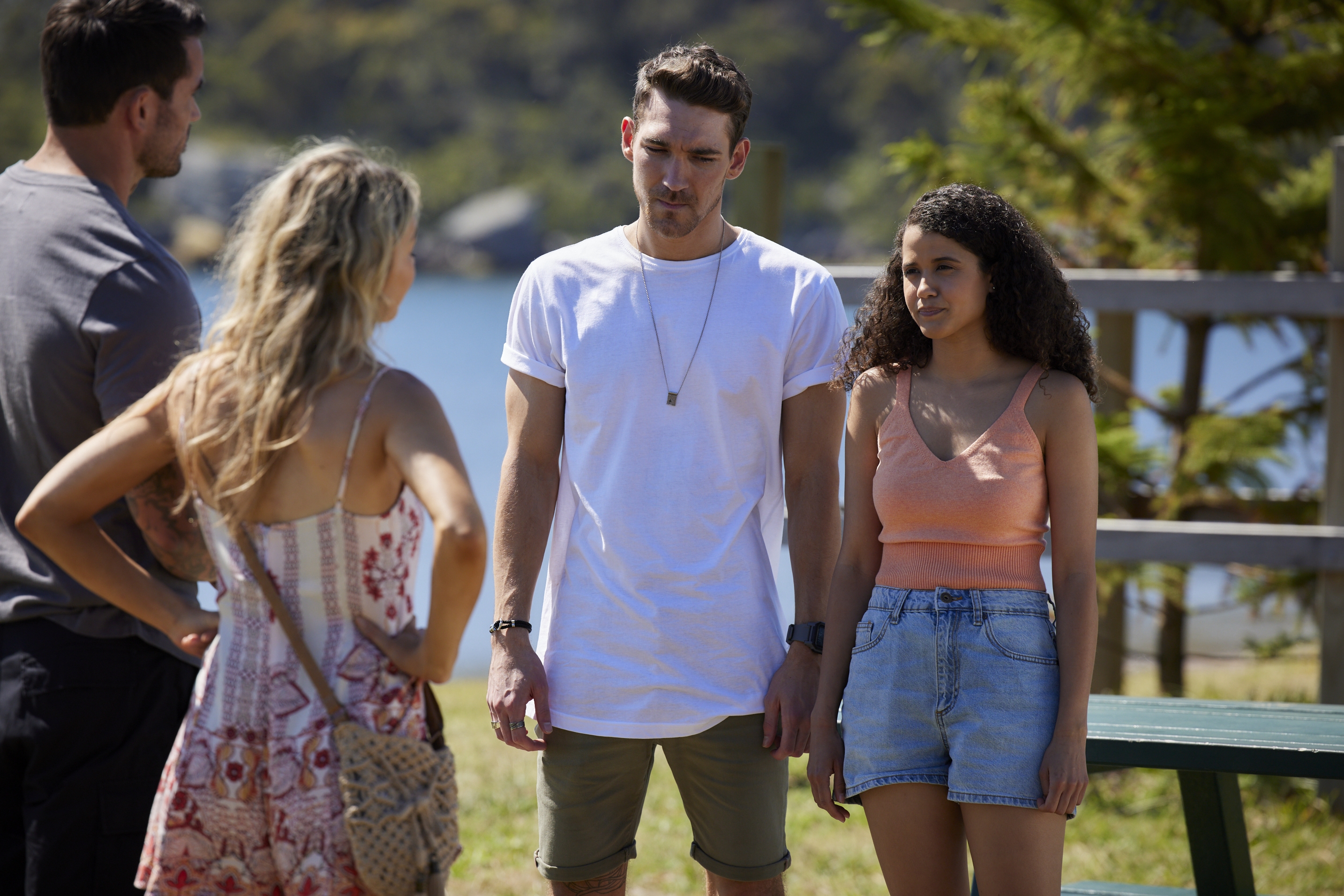 Jasmine Delaney (Sam Frost) is set to get a major shock in Home and Away this week, when she finds out that she’s got not one but two long-lost siblings!

The soap’s signature nurse makes the discovery when Irene (Lynne McGranger) interrupts her romantic dinner with Cash Newman (Nicholas Cartwright) to reveal that a man has rocked up on her doorstep.

This man, named Xander (Luke Van Os), subsequently introduces himself to Jasmine, claiming that he’s her half-brother, and he’s only just discovered that she existed via their father’s will!

Jasmine is rendered speechless, unable to process what she has just learned, and it’s safe to say that she has her doubts about the whole thing.

‘Jasmine is shocked and not happy at first,’ actor Luke Van Os told Metro.co.uk. ‘She believes it’s a scam and doesn’t want anything to do with him.

‘It hurts Xander to see her like this. He is very empathetic and is happy to step back and leave her alone, he doesn’t want to cause her anymore pain.’

Luke told us that Xander is a ‘good guy’, describing him as a ‘bit of an old soul’.

‘He’s not afraid to spend time alone but loves hanging out with friends and is very fun and cheeky!,’ said the actor.

‘He’s a caretaker which suits his career as a paramedic and will always go above and beyond for his patients. Xander also has some secrets that fans will be shocked to watch play out.’

Xander isn’t the only new arrival that Jasmine has to come to terms with, however, as her half-sister Rose (Kirsty Marillier) also shows up in Summer Bay during the week in question.

‘She’s a young woman full of agency, charisma, and contradiction,’ she told us. ‘I’m constantly discovering new things about her and find her really compelling to play.’

Rose, however, has much less interest in getting to know Jasmine in comparison to her brother, and simply wants to give her a solicitor’s business card, so that Jas can arrange her inheritance.

‘Rose has the best intentions when meeting Jasmine’, explained Kirsty. ‘But as tension rises it becomes more difficult for the two to connect.

‘The trickiness of sisters relationship is understandable given the circumstances. Rose was raised by Jasmine’s biological father, and as a result, Rose holds a sense of guilt.

‘Jasmine holds a sense of distrust which makes things hard for the siblings. It’s less straightforward than Xander’s relationship with Jasmine.’

Breaking the ice and getting to know one another will not be an easy path for Rose, Xander or Jasmine, but the scene is certainly set for an interesting few weeks in the Bay, that’s for sure!

‘[Expect] Some sibling rivalry,’ added Kirsty. ‘A touch of heartbreak and a whole lot of police action!’.

Home and Away air weekdays at 1:15pm on Channel 5, with first look episodes airing at 6:30pm on 5Star.