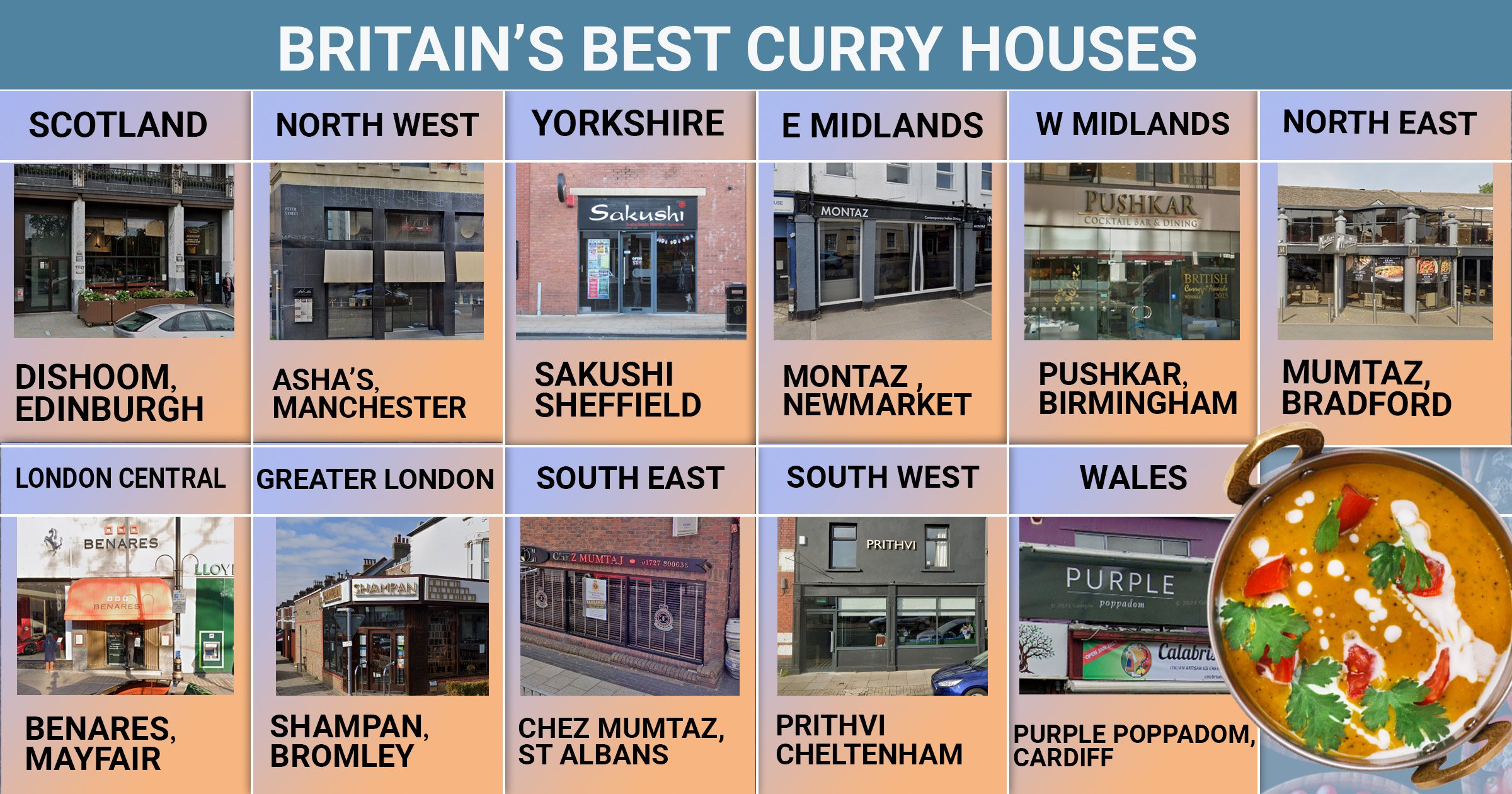 We all have our favourite Indian restaurant that we go back to again and again – but has your local made the cut in this esteemed national ranking?

Informally known as the ‘Oscars of the curry world’, the British Curry Awards have crowned their champions this year, and among the winners are a family-run restaurant, a trendy chain and Michelin-starred diner.

The restaurants, nominated by the public, were announced as the industry awards ceremony returned for its 17th year after the challenges of the pandemic.

Saturday Kitchen star Atul Kochhar – the first Indian chef to gain a Michelin star –  was among the winners with his new restaurant in Westminster, Mathura.

The best curry restaurant in Scotland went to Dishoom – a modern chain that started in London 10 years ago.

The best curry restaurant in London. went to the Michelin-starred Mayfair curry house Benares, which serves Scottish scallops and Kentish lamb, and balances modern techniques with recognisable flavours and spicing.

Shampan Bromley was named the best in greater London.