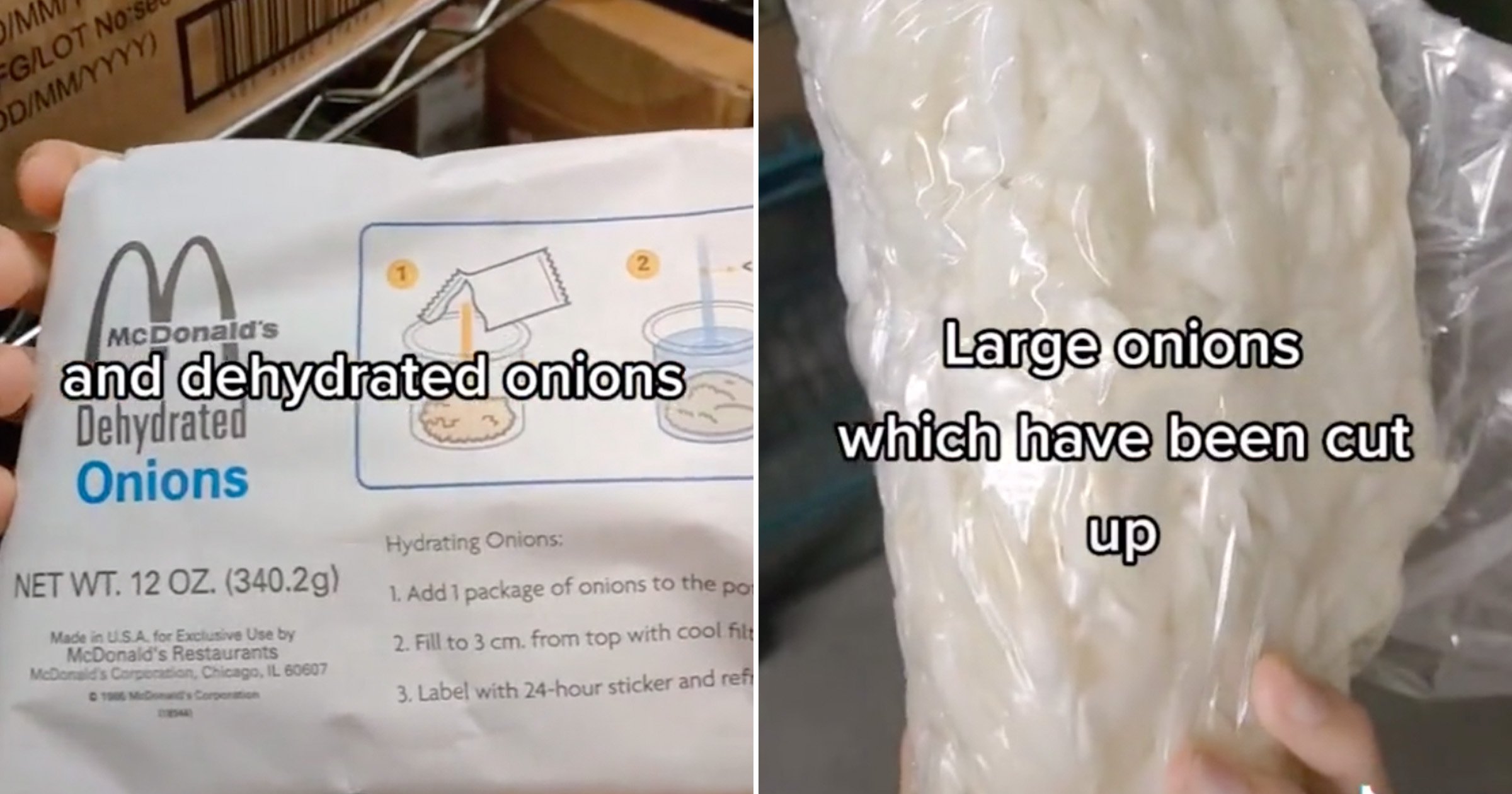 A McDonald’s worker has gone viral after shedding light on what happens behind the scenes at the fast food chain.

Sharing on TikTok, the employee – who goes by the name of ‘Macca’s Myths’ on the platform – explains how McDonald’s has two types of onions on the menu.

The user says that both sliced large onions and dehydrated onions are used in the burgers.

‘At Macca’s, we have two types of onions. Large onions which have been cut up and dehydrated onions,’ the employee writes in the video.

The TikToker then goes on to reveal that dehydrated onions are soaked overnight in a bucket of water with a lid on top, before being drained the following day and put into onion shakers.

According to the Daily Mail, these dehydrated onions are used in Big Macs, hamburgers and cheeseburgers, while all other McDonald’s items containing onions use locally-sourced produce.

After it was first posted, the ‘tell-all’ video was viewed more than 271,000 views in the days that followed.

Many McDonald’s lovers have been quick to chip in with their thoughts.

One person replied: ‘I way prefer diced onions over slivered.’

While someone else said: ‘The diced onions taste so good though.’

Another person added: ‘I rehydrate onion flakes for my burgers at home because my kids say it tastes just like McDonald’s.’

If you have other queries about the inner workings of the fast food chain, it’s worth checking more TikToks from @maccasmyths, who frequently answers questions in their videos.

Metro.co.uk have reached out to McDonald’s for a comment and will update the piece when we get a response.

Fans of McDonald’s will also be excited to hear that it’s just opened its first ever net-zero branch – which means it’s been designed to meet a net-zero emissions standard in both construction and everyday operation.