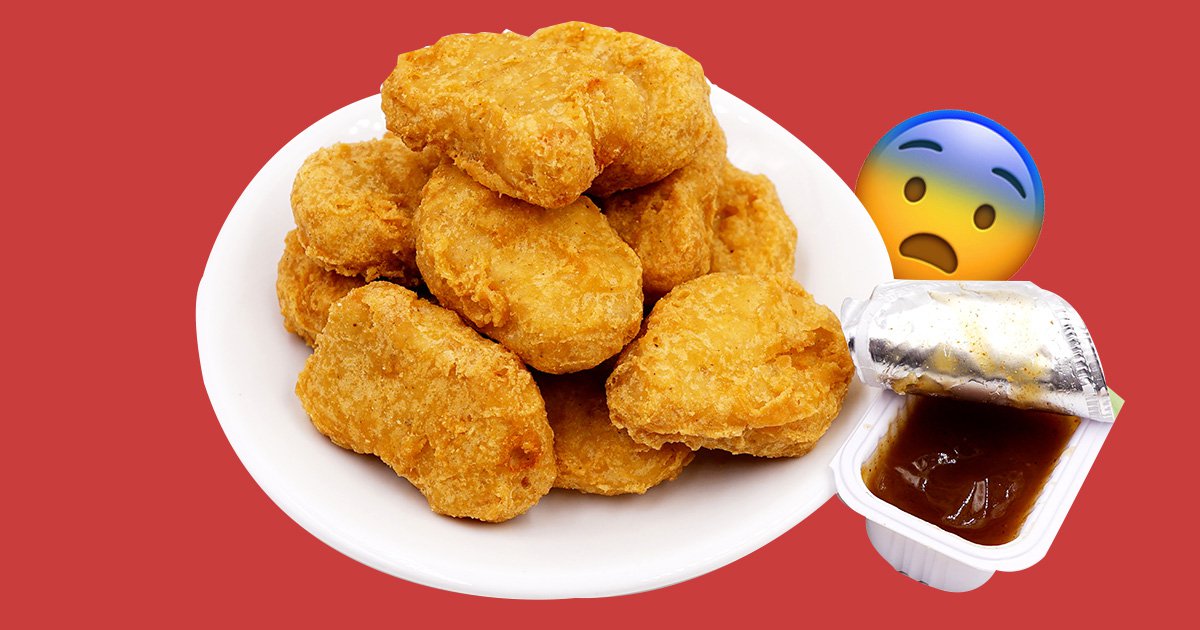 What’s your go-to McDonald’s dip? Is it the trusty ketchup or the tang of a BBQ?

Maybe you’re one of the many fans of McDonald’s sweet ‘n’ sour sauce? And if you are, you might be in for a shock.

At least that’s what some customers felt when they found out what was in the Maccies classic, often paired with their famed chicken nuggets.

One eagle-eyed fan decided to go through the ingredients to find out what goes in the condiment, often used in Chinese and other Asian cuisine.

Evan-May Gillott, 27, shared a TikTok in which she revealed that apricots are used for the fast food chain’s sauces instead of pineapple, as might be custom in a sweet and sour sauce.

She added that apricots are also used in the curry sauce. She said the revelation left her shaken.

In the video, who has been viewed almost 400,000 times, Evan-May asked her followers: ‘Am I the only one who didn’t know what fruit it is made from until today?

‘When I found out it was apricot I was shaken to my core as didn’t even associate it with fruit. I’ve eaten sweet ‘n’ sour sauce from McDonald’s for years to go with my chippies, I’ve always loved it.

Did you know what fruit is in the sweet’n’sour from @mcdonaldsuk ???

‘About a week ago I won a free meal through monopoly and whilst eating the sauce I just became curious about what it was actually made of. So I read the ingredients and was completely shocked to find out it was from apricots.

‘I’ve never actually thought about it, but now I’m wondering about all sorts of condiments – I mean what about brown! They’re just so elusive.

‘I assumed that everybody wouldn’t know as well, so had to share my discovery with my fellow McDonald’s lovers. Turns out everybody is as surprised as me, and I’ve even now found out the curry sauce uses apricot as well.’

Others were equally shocked, with one person branding apricots as the ‘worst fruit ever’. Others said they would expect pineapples or mangos in the sauce, not apricots.