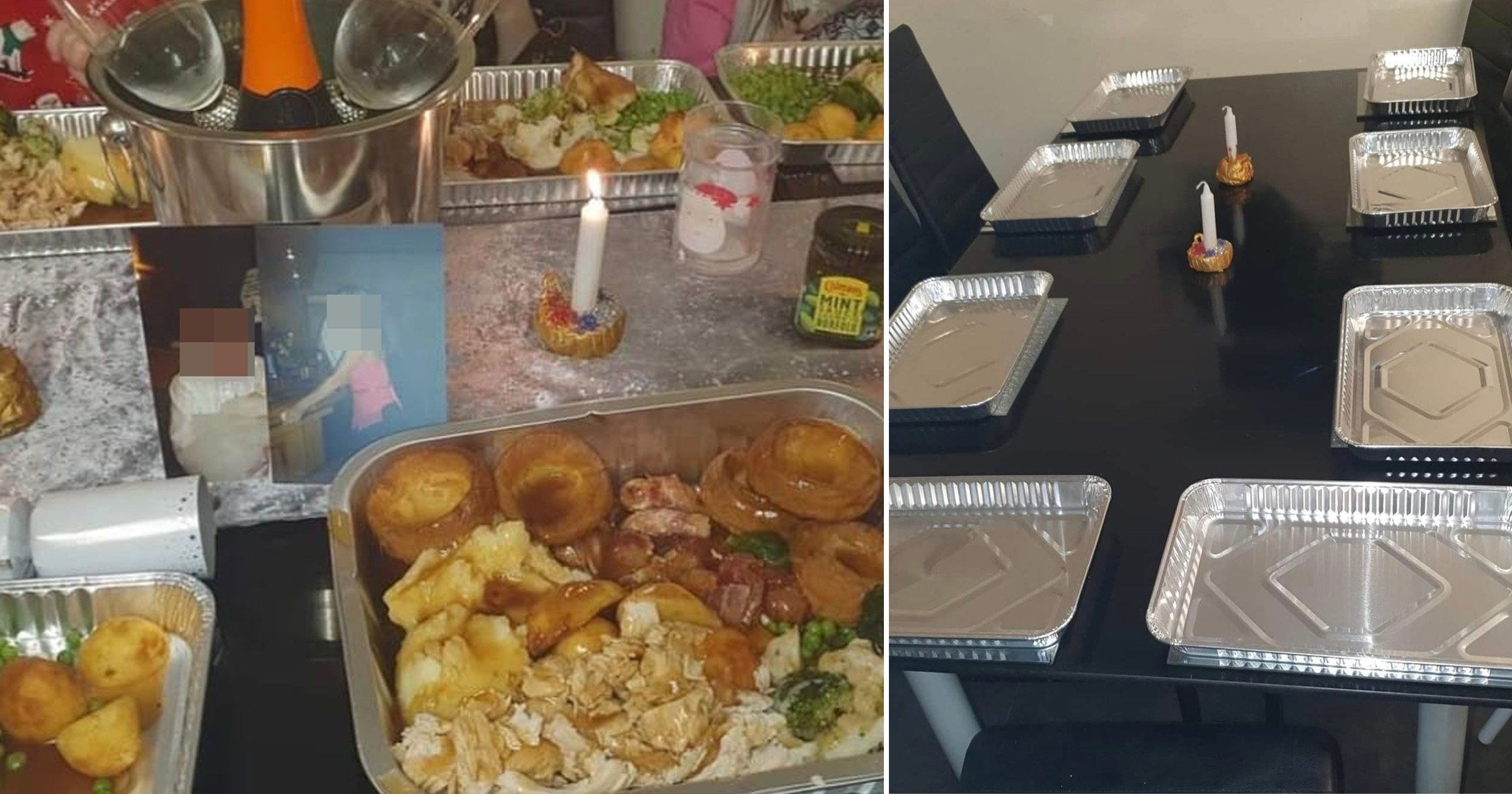 Feasting on a huge Christmas dinner is all fun and games until you’re washing up nine pots, five trays, six plates and all the cutlery.

Well, not everyone thinks so.

An photograph of the hack was shared online by the man’s wife, who admitted that while the idea was a little weird, so was 2020, so she’d let him off.

But commenters criticised the decision to use disposable trays as wasteful.

‘This ends up in landfill I presume,’ one woman said.

‘It doesn’t take long to wash a few plates – get the family involved and use the pretty plates instead of this.’

Another chimed in: ‘My thoughts exactly – if everyone did this it would be so bad for the environment.

Others called the man ‘lazy’ and criticised the presentation of the dinner table.

His wife, who originally posted the photo, later came back to defend the time-saving hack and said their family ‘recycles often’.

Still, not everybody thought the hack was excessive and idle.

In fact, some admitted to adhering to similar tactics on Christmas Day.

‘It works well for us because it means what’s not eaten from the buffet is taken home in everyone’s containers,’ one woman said.

Another was inspired to try the ‘epic’ trick herself.

She said: ‘I already use baking trays too cook everything, paper plates are too small and don’t hold gravy well but this is epic.’

There are definitely pros and cons to this idea, and it all depends on your priorities (or whether or not you’re washing up while the rest drink their Baileys in peace).