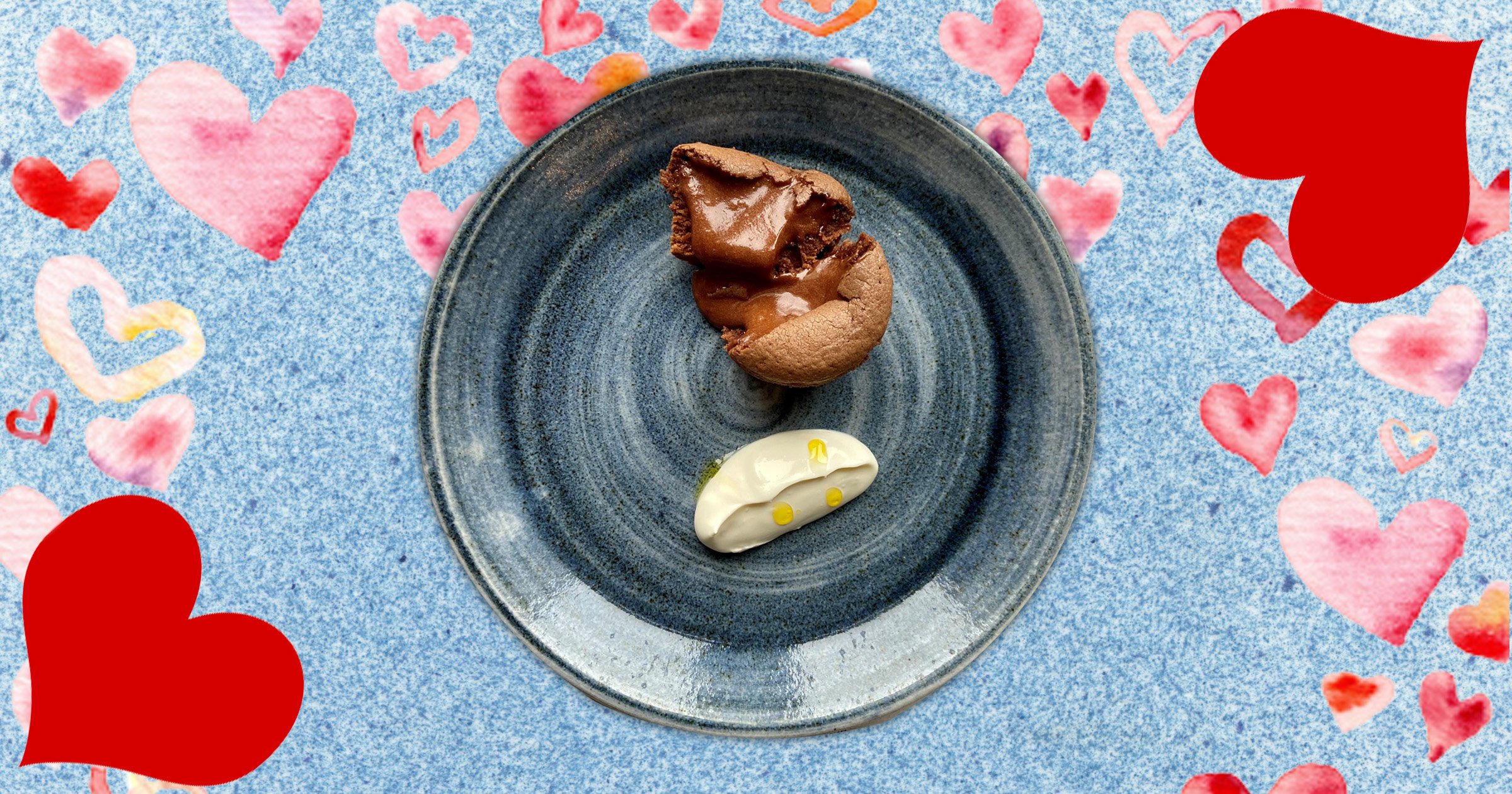 DIY dinners will be on the cards for most of the country this Valentine’s Day.

And nothing says romance like a deliciously decadent dessert, such as a chocolate fondant.

Whether it’s shared or enjoyed separately, the pudding is a lovely post-dinner pick-me-up and, despite what you might think, it’s easy to create a restaurant-quality chocolate fondant at home.

The sweet treat requires just seven ingredients, which are probably already in your kitchen – plus some ice cream to serve.

Ahead of V-Day, Forest Side hotel in the Lake District has shared its oozy melt-in-the-middle chocolate fondant recipe for couples to try. Head chef Paul Leonard has also disclosed some important tips to remember when making one at home.

Firstly, he says to opt for good quality chocolate – or the best you can afford.

Paul tells Metro.co.uk: ‘I like to use a single origin Valrhona Manjari 64%, it adds a little touch of bitterness to the fondant. Like everything you cook, the better the ingredients the better the end product will be. And as this is a Valentine’s special, it’s worth pushing the boat out a bit.’

Another top trick is to prepare it the night before – so it’s not such a frantic rush on V-Day itself.

Pauls adds: ‘Chocolate fondants aren’t as tricky as you think – and this recipe is happiest being made the night before and then cooked straight from the fridge. It gives the mixture more time to rest and takes some stress out of the cooking on the day.’

Also, if you have the time, why not do a test run to trial the technique.

‘Where possible, do a test cook on a single fondant. All ovens are different so this will let you check the time required to get the best possible gooey centre. Plus, you’ll get a taste before dinner time’ says Paul.

The head chef also advises leaving the fondant to rest when it comes out the oven.

He adds: ‘If you can bear it, leave the fondants to stand for a minimum of one minute once out of the oven. This will allow time for the fondant set just a little, and hopefully avoid cracks.

1. First get six pudding moulds ready. Using upward strokes, heavily brush melted butter all over the inside of the pudding mould. Place the mould in the fridge or freezer. Brush more melted butter over the chilled butter, then add a good spoonful of cocoa powder into the mould. Tip the mould so the powder completely coats the butter. Tap any excess cocoa back into the jar, then repeat with the next mould.

2. Place a bowl over a pan of barely simmering water, then slowly melt your dark chocolate and butter together. Remove the bowl from the heat and stir until smooth. Leave to cool for about 10 mins.

3. In a separate bowl whisk four eggs and four egg yolks together with 200g caster sugar until thick and pale and the whisk leaves a trail – use an electric whisk if you want. Sift 200g plain flour into the eggs, then beat together.

4. Pour the melted chocolate into the egg mixture in thirds, beating well between each addition, until all the chocolate is added and the mixture is completely combined to a loose cake batter.

5. Tip the fondant batter into a jug, then evenly divide between the moulds. Chill for at least 20 mins or up to the night before.

6. Heat oven to 200C/fan 180C/gas 6. Place the fondants on a baking tray, then cook for 10-12 mins until the tops have formed a crust and they are starting to come away from the sides of their moulds. Remove from the oven, then leave to sit for one minute before turning out.

7. Loosen the fondants by moving the tops very gently so they come away from the sides, easing them out of the moulds. Tip each fondant slightly onto your hand so you know it has come away, then tip back into the mould ready to plate up.

8. Sit a fondant in the middle of each plate. Using a large spoon dipped in hot water, scoop a nice big ball of ice cream.

Get in touch at [email protected]