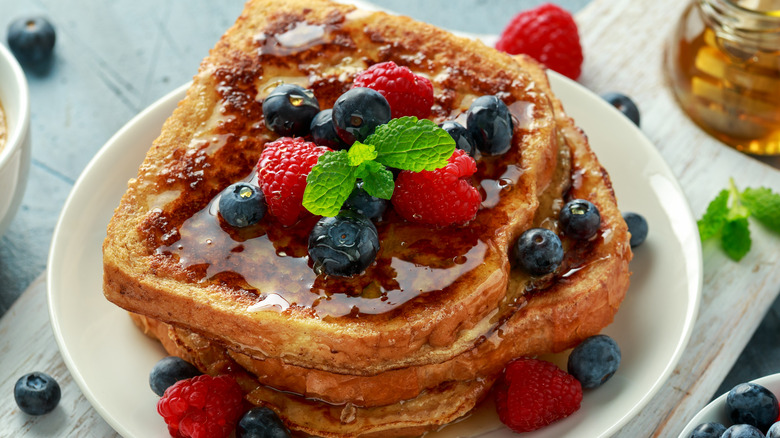 French toast is a beloved food. It’s simultaneously sweet, custardy, crispy, and spicy with its cinnamon and vanilla flavors. It’s even a favorite of some celebrities such as Trisha Paytas and Kendall Jenner, who’s sister Kylie Jenner has a special trick for making the perfect, in her opinion, French toast.

What constitutes a French toast, though? According to Recipe Tips, French toast is any dish that involves bread being dipped into an egg custard that typically also includes milk, sugar, vanilla, or any other flavors you want and then pan fried in butter until it’s golden on both sides. The bread, then, is both crisp and custardy, making it a delightfully unique breakfast food that separates itself from pancakes and waffles, which don’t share the custard element. French toast is often topped with fruit, butter, and/or syrup, and stuffed varieties can also be made.

Still, French toast is a fickle dish. From the type of bread you use to the custard itself and how you cook it, it can go awry very quickly.

The trick to good french toast might be time 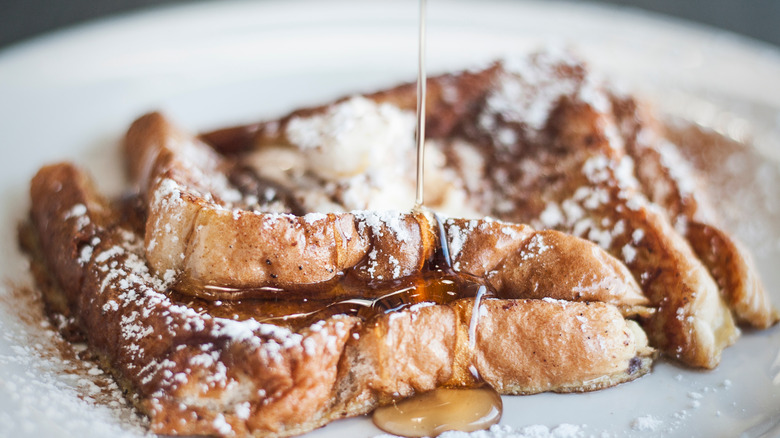 You might be wondering how hard French toast can really be to make. Can the wrong bread really make a big difference in the final result? As it turns out, it can. According to Bon Appétit, thin bread will be too flimsy once it meets the custard, and thick bread won’t cook completely. Instead, you should aim for a bread with a thickness of 3/4 inch to 1 inch. This bread thickness will give you the best combination of soaking enough custard and cooking in the time allotted.

The biggest sin that’s made in most households, though, is not soaking your bread long enough (via The Kitchn). Home cooks often briefly dip their bread into their custard and immediately fry it up. Perhaps this is because they’re using thin, standard white bread which won’t hold up to a long soak, but this brief meeting with the custard isn’t enough to let it soak enough in or to develop any flavors. Your bread should soak for a minimum of five minutes before cooking.

With these tips in mind, go forward and treat yourself to some good French toast soon. Who said it was only for breakfast?