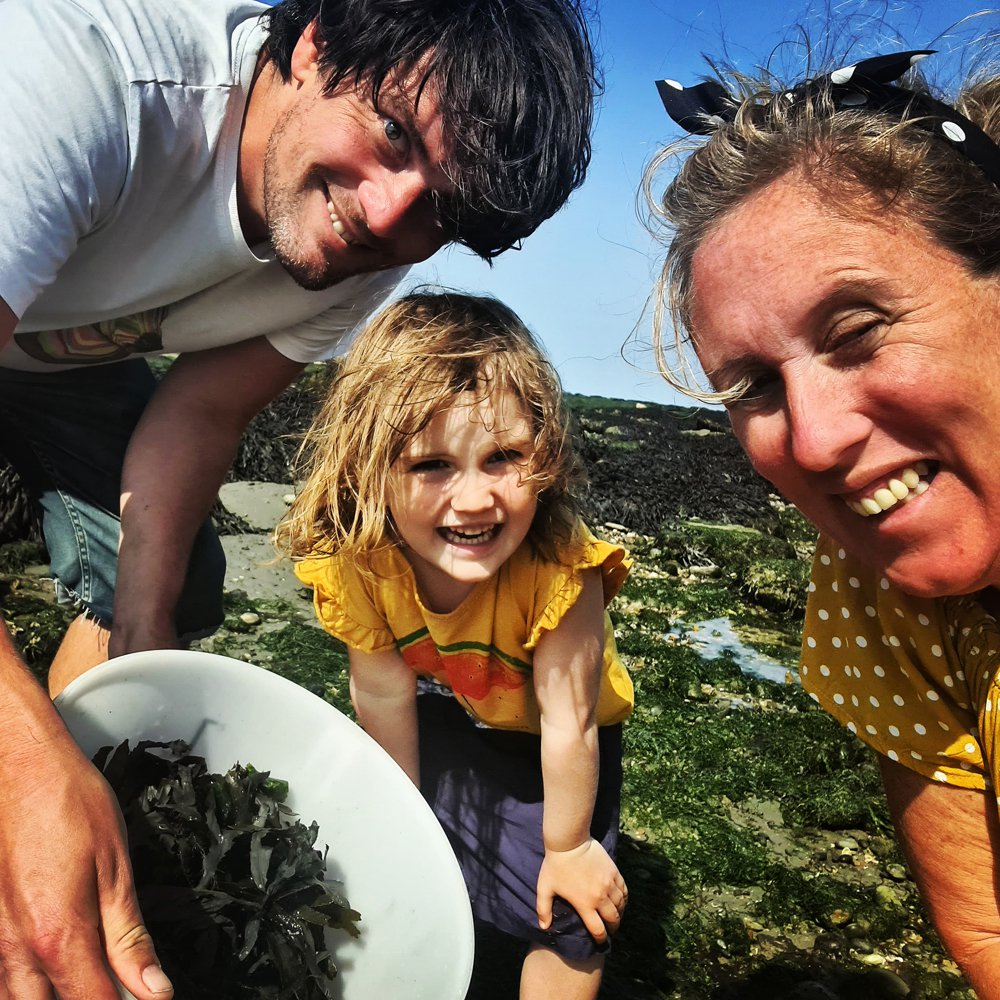 A recipe book writer is branching out when it comes to cutting festive waste – by encouraging people to eat their Christmas trees or even drink them with gin.

It may sound strange to some, but Imogen Tinkler insisted the ‘versatile’ ingredient has a tasty tang and goes down smoothly in a cocktail – just make sure you remove the tinsel first.

Around 7million trees are bought in the UK each year, but with the vast majority set to be thrown away today after Twelfth Night yesterday, or the Epiphany today, Imogen, 40, is eager to save the doomed decorations.

‘Christmas trees give such a lovely citrusy flavour and they’re rich in vitamin C,’ explained the mum-of-two from Whitstable.

‘You cook the pine needles in the same way you’d cook rosemary.

‘They’re really versatile – you can infuse them with honey, use them for pickling beetroots, bake them in bread; they’re even delicious as a sauce for oysters.’

The foraging fan said pine, fir, and spruce are all edible – but be warned: ‘It’s better to eat trees you’ve picked yourself and cut down at a Christmas tree farm, rather than those which have been preserved with pesticides in supermarkets.’

Imogen, who shares children Xanthe, five, and Athene, one, with husband Duncan, 40, said the needles can also be used to make syrup, a curing rub for fish, and even pesto.

Blending sea and land, this simple recipe balances nicely with the citrus flavours of the pine leaves. A little bit of chilli or kaffir leaves gives an extra kick.

1. Pop them in a blender and whiz them up

2. Put over a large tray to dry

3. Pop them into a jar – they make great gifts.

‘We also make some Christmassy cocktails by mixing our own sugar syrup and then infusing it with the needles from the tree,’ she added.

‘Clementines and blood oranges are in season at the moment, so we add them to some gin and then stir in the syrup to give it a nice smoky feel.

‘It’s no different to infusing spirits with botanicals. We tried it with whisky last year, which was also really tasty.’

No part of the Tinklers’ Christmas tree will be wasted either, as they even plan to dry out the trunk and branches for firewood ‘because it gives out a really nice smell’.

This is perfect with pasta, on a pizza, or served with lamb.

3. A cup of Pumpkin Seeds (can use pine nuts, sunflower seeds or any others you have to hand)

4. Two or three Cloves of Garlic

5. Salt and Pepper to Taste

1. Add the Christmas tree tips, garlic, nuts or seeds, salt and pepper to a blender

2. When smooth add in the oil

3. Add in the parmesan cheese and lemon zest to the blender and mix

She shared that Xanthe helps with recipes and even tried the syrup with ice cream – but ‘she wasn’t a massive fan’.

And it’s not just trees that the keen foragers use in recipes.

When the family sat down for Christmas dinner recently, they feasted on homegrown vegetables and homemade cranberry sauce and Christmas pudding, before ringing in the New Year with elderflower champagne and sloe gin made with ingredients they had harvested from the wild.

‘We’re so used to instant gratification now – it’s quite nice to reap the benefits of putting time and effort into something for once,’ said Imogen.

‘Christmas can feel really commercial, so this is more about bonding with the children.

‘I hope that in the future they’ll always want to come back to our house for Christmas because it will bring back lots of good memories.’

The mum, who takes her family foraging for cooking ingredients at least once a week, said their trips were important for their mental health since suffering a loss.

‘We lost our two-month-old baby in 2021 and foraging really helped us,’ she shared.

‘It forces you to leave the house, even in the rain and snow when you don’t feel like it.

‘And having something to look for makes all the difference –  it gives you a sense of purpose.’

The couple have turned their interest into a business, setting up seasonal food seller, Bangers And Balls in 2020, and releasing three Foraging Fairytales books to help readers incorporate wild ingredients into their diets.

‘Eating according to what’s seasonal makes you adapt your diet and try new things,’ Imogen said.

‘Foraging teaches children that foods aren’t available all year round and that supplies run out.

‘It’s also quite magical for children to be able to pick a plant and make something with it themselves.’