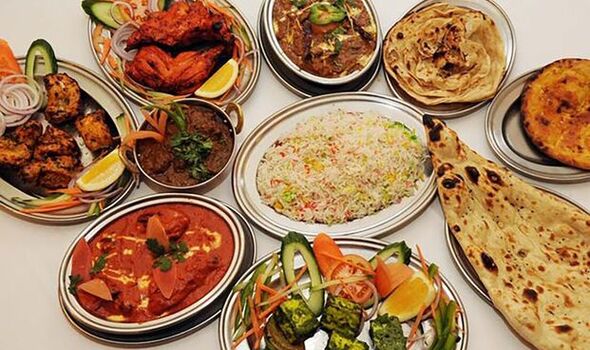 A family that ditched the traditional Christmas dinner for an Indian curry three decades ago has not looked back.

The Attle family was tired of having turkey and vegetables and all the effort that goes into making the meal, so they decided to head to an Indian restaurant instead, and a tradition was born that, 30 years later, is still going strong.

Stan Attle and his wife, Sue, both 69 and from Hartlepool, had no problem turning their backs on the norm and opting to take their children out for an alternative feast.

Daughter Kay Attle, 35, said she was just a little girl when the tradition started, and she can remember the events growing in size, with sometimes up to 20 people in their party at an Indian restaurant on Christmas Day.

She said her older brother, Richard Attle, had lots of friends in his teens who would sometimes go along to the restaurant.

She said extended family and friends would also join in the fun.

Kay, who is mum to two boys, Noah, 15 and nine-year-old Cole, said: “It just turned into this big social event. Anyone who was having a hard time, or was on their own, would just come along to the restaurant. In the early days, you didn’t need to book, because we were the only ones in there.

“Every year my dad’s meal arrives in front of him on the table and every year he’ll say: ‘That bhuna is better than any Brussels sprout I ever tasted’.’

Kay said they started out going to a then-popular Indian restaurant in the town’s Lynn Street, called the MAS Agraa Palace, but it closed down.

Since then they have tried lots of different ones.

She said: “We have gone to loads of different ones over the years, we have done everything. We have even had takeaway Indian food and eaten it at home.”

Although when she was young Kay said it was quite an odd thing to do, now more people seem to be opting for the alternative Christmas lunch.

She said: “Last year my parents went to Sheesh Mahal on the Marina and they said it was absolutely packed.”

Kay said her family always celebrated Christmas with presents, decorations and the nativity, it was just her mam does not like cooking and got sick of the stress of making Christmas Day lunch.

She said: “My mam just said ‘right that’s it, we are going to an Indian restaurtant for Christmas dinner’ and that’s what we have been doing for 30 years.

“When I was little I sometimes felt like I was missing out on the tradition that my friends had, but once I had a family of my own, I got why she did it.”