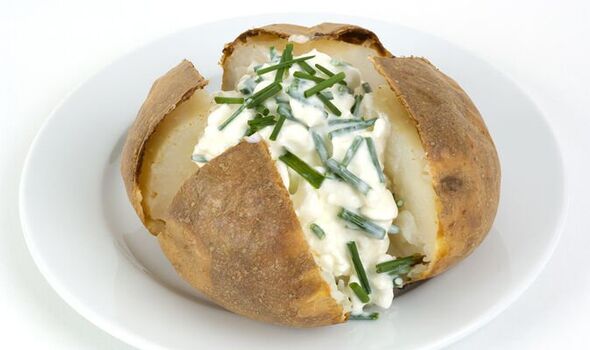 An expert has offered a method – dubbed “the best way” – to cook the perfect jacket potato.

The former Spud-u-Like employee also dismissed an alternative approach – which involves cutting a cross at the top of a baked potato – as “nonsense”.

In a video on TikTok, she recommends taking a cooked baked potato, turning it on its side, and cut it fully along lengthwise.

“Use a fork too because it’ll be hot,” she says.

“Once we’ve done that, we’re going to open it out. Then I just switch to a normal butter knife, and smush up the middle.”

After you’ve completely fluffed up the middle of the hot potato with a knife and fork, it’s time to get started on the filling by adding a generous dollop of butter.

The woman continues: “I don’t want to hear any negativity about the amount of butter that I’ve added on there, because life’s too short. You don’t need that in your life – put as much butter on as you want.”

After fluffing it up some more and making sure the butter has melted, she also said to put some extra butter underneath the potato so that the skin – or the “best bit” – tastes better.

But she criticised the method involving a cross on the spud.

The woman adds: “I’ve decided that it’s time to put an end to the nonsense that is people cutting their potato by putting a cross in it. I used to work in Spud-u-Like in the 90s, so I think this makes me an expert on cutting potatoes, right?”

She said there would be “none of that cutting it across and squeezing it cr**, not in this house.”

People online praised the woman’s technique, with many saying that they were now craving the hearty meal.

Another agreed, saying: “Thanks for inspiring me to have a jacket potato tonight!”