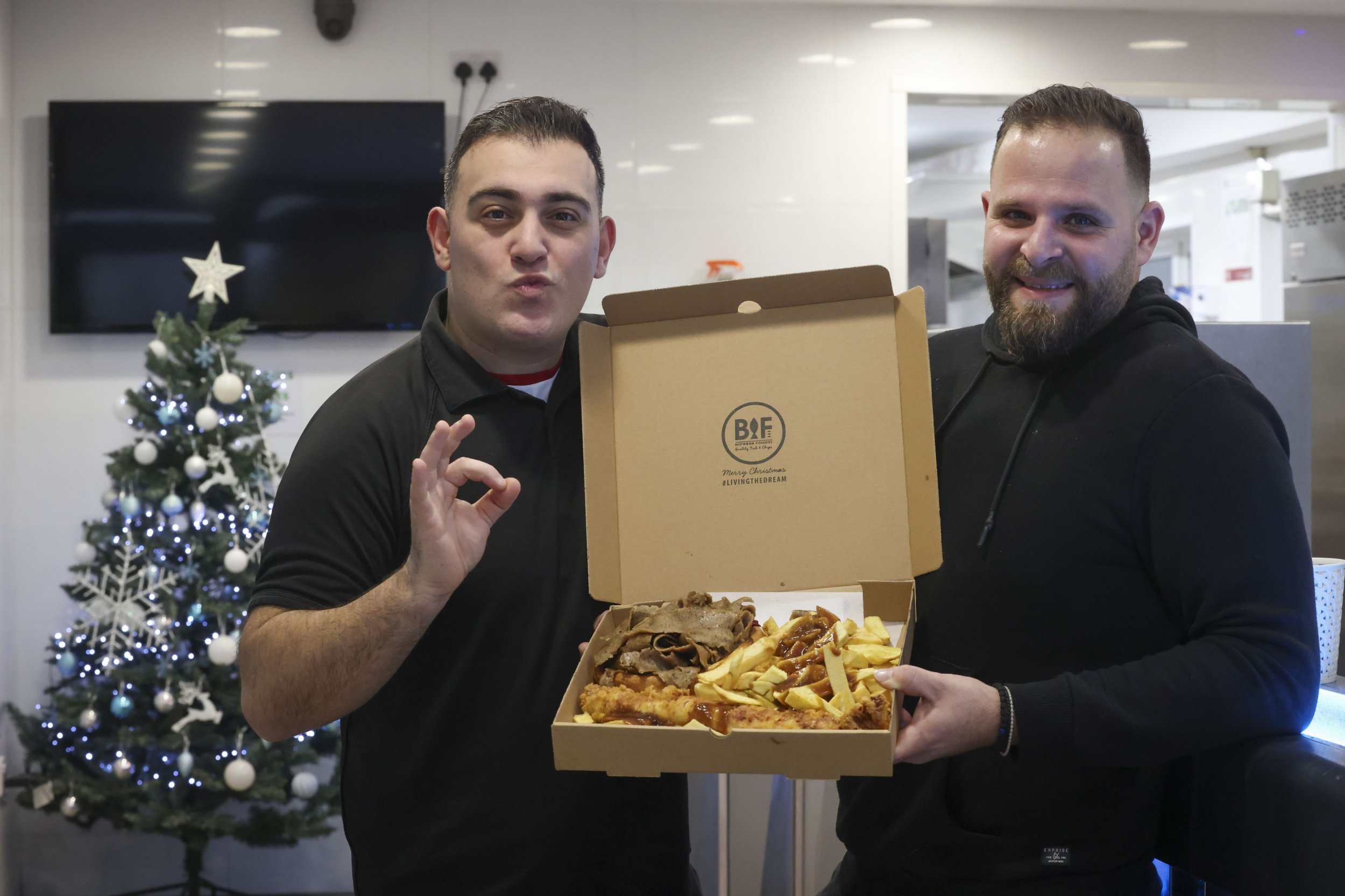 Like fish and chips, pigs in blankets are a British dinnertime staple – they just tend not to feature on the same plate.

But chippies across the country are introducing (and in some cases reintroducing) a menu item that combines these two classic favourites, putting a Christmassy spin on your Friday night takeaway.

The foot-long battered pig in blanket is returning to Bestwood Fisheries and The Jolly Fryer in Nottingham for the festive season, with it proving so popular in recent years that customers began asking when it’d be back over two months ago.

The 12-inch bacon-wrapped sausages are encased in crispy batter, costing £3.95 each. Given the six-inch option comes in at £3.20, it pays to go big.

At both chip shops, which serve the same menu, you can also get a Monster Box for £9.99. As well as the mega pig in blanket, it contains a Yorkshire pudding, chips, gravy, and doner meat.

Bestwood manger Antoni Tsolias said: ‘People have been asking for them for over two months now so they’re looking forward to them. It’s become tradition now, people know they’re coming but it’s definitely more of a treat.’

Nottingham isn’t the only place you can get your hands on the giant battered sausages either.

Fisherman’s Bay in Whitley Bay first introduced the seasonal special in 2019, serving theirs with a cranberry dipping sauce. Alongside the £3.50 treat, a cranberry filled cheese pattie is also available.

Five Star Fish Bar in Nuneaton and Papas Fish and Chips in Hull, Scarborough, Whitby, and Cleethorpes have also added battered pigs in blankets to their menus, with the latter titling the creation, ‘Hog in a Duvet.’

Owner George Papas said: ‘It’s the most amazing pig in blanket you could ever have. It would be a challenge for one to eat but we would love to see if anyone can, and if not it’s something to order on top of your fish and chips to share.’

If your local chippy isn’t offering them, you’re missing out. Aside from battering your own, though, there is another way to get in on the trend.

Canape-sized versions (piglets in blankets?) are a great alternative, with Iceland selling a Harry Ramsden’s party food spin on the traditional dinner accompaniment.

Didn’t think there was a way to improve on pigs in blankets? A trip to the chip shop might just change your mind.