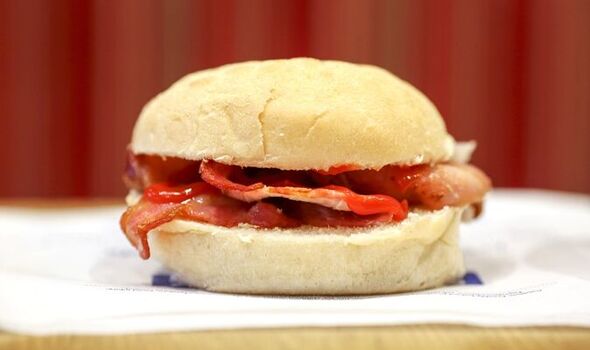 It also emerged nearly three-quarters (72 percent) said comfort foods were one of their favourite things about the colder seasons, tucking into one of the hearty dishes four times a week.

And almost half (46 percent) will turn to them when they are in need of a pick-me-up, while for one in three, a bad day at work is the perfect excuse.

Jonathan Warburton, chairman of Warburtons, which commissioned the research, said: “As the temperatures drop outside, our habits change – including what we eat.

“Comfort foods do what they say on the tin – provide a bit of comfort – and that’s exactly what we all need right now.”

The study also found 35 percent typically eat comfort foods when they’re feeling cold – but 56 percent will even cook them during the summer months.

When quizzed on the recipes they use, 35 percent inherited them from their mum, while a quarter said they have all been self-taught.

And more than half (52 percent) still cook the meals they used to eat as a child.

The most likely times that people will turn to these wholesome meals include after a bad day at work (29 percent), birthdays (21 percent), and when receiving sad family news (20 percent).

And as the cold mornings hit, 41 percent seek comfort from a cup of tea, while more than a fifth (21 percent) like to munch on a crumpet.

The study, commissioned via OnePoll to mark National Crumpet week, found butter was the winning topping for these doughy winter warmers.

But jam, honey, and even marmite also feature high on the list.

And it seems Brits aren’t afraid of mixing things up with their crumpet toppings – as baked beans, macaroni cheese, and even chilli con carne, made the top 10 list of unusual flavours.

More than half (51 percent) prefer their crumpets crispy on the edges, but soft on the inside, while 37 percent like them crispy all over – with three to four minutes being the optimum toasting time for 41 percent.

And the more butter the better for 52 percent, who like to fill the holes to the brim – but 42 percent only like a small amount.

Jonathan Warburton added: “It was heart-warming to see that so many people associate comfort foods with childhood or home cooking – which, to me, means family.

“We know crumpets are favourites for many people across the UK, whether that’s for breakfast or a midnight snack, so it was a no-brainer for us to launch a week dedicated to them.”