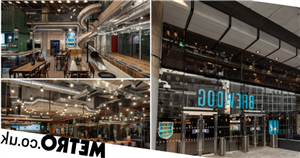 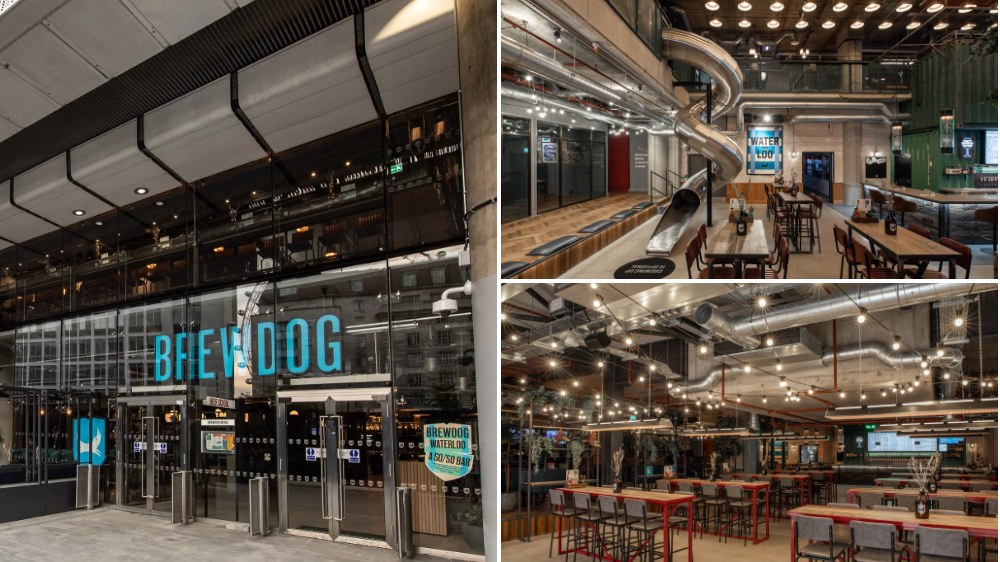 Independent Scottish craft brewer BrewDog is about to open a new bar in London that, at a whopping 26,500sqft, is set to be the biggest watering hole in the capital.

It has the capacity to serve 1,775 people across two floors, and is equipped with 60 taps of craft beer, an on-site brewhouse, a cocktail hideaway, and an ice cream van.

Grind will even be around to serve coffee, while BrewDog has partnered with bartender, writer, and presenter, ‘The Cocktail Guy’ Rich Woods, to make that cocktail hideaway (aka the Lost Property Office) especially memorable.

As well as its signature beers, the place will serve line-your-stomach food favourites, from loaded burgers to pizza cooked in a wood-fired oven.

While it’s hard to say with absolute 100% certainty that this is the biggest bar in the capital, we’ve yet to hear about one with more square footage. As a BrewDog rep told us, ‘there is no evidence to suggest otherwise’.

To put it in perspective, the three-floor Porterhouse pub on Maiden Lane, which has a reputation as London’s biggest pub, measures 13,500sqft.

Come with me for a sneak peek at what’s about to be the new largest bar in London – opening Thursday, 18 August #waterloo #london #nightlife #placestogo #beer

The grand opening will be on Thursday August 18, and to celebrate, two patrons will win a trip to the opening of BrewDog Las Vegas.

The next day, a day prize of free beer for a year will be up for grabs and on Saturday 20 August at 8pm, The Futureheads will be playing there.

We got to have a sneak peek at BrewDog Waterloo ahead of its opening night.

We loved the very wide array of beer on offer and the loaded buffalo fries.

And yes, we tried the slide – honestly, it was a bit bumpy.

James Watt, Captain of BrewDog, said: ‘London has supported us since the very beginning, so whether you live in the capital, work in the city or are just visiting, get ready for the biggest BrewDog Bar on Earth.

‘Minutes from the landmarks, moments from the platforms, great beer and food are seconds away.

‘This is one of our most exciting bar creations and a true reflection of where our brand is heading. Wait for your train as you sip a bar exclusive beer, brewed onsite, Trainspotter.’