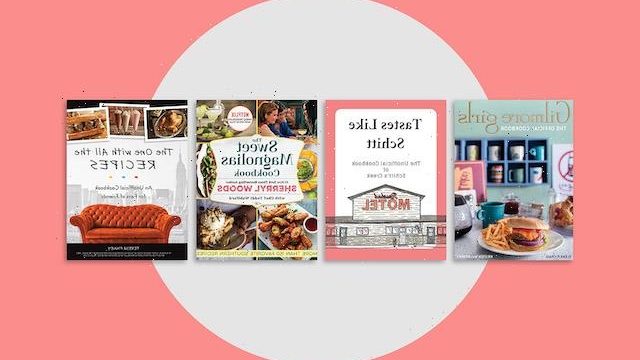 If you love to cook, chances are, you’re always on the lookout for new delicious recipes to try. While the Internet and social media make finding new recipes easier than ever, there’s still something to be said about the satisfaction of cooking with a cookbook set out in front of you. And that’s even more so the case when the cookbook comes with a fun theme. Rather than focusing solely on appetizers, entrees, side dishes, or desserts, however, today, we’re here to talk about entertainment-inspired cookbooks. More specifically, those written with some of the most beloved shows of our time in mind. Can’t help but feel nostalgic when you flip on Gilmore Girls? You’ll swoon over the new official cookbook of the show
. Love the comforting comedy of Friends? There’s a cookbook with dozens of recipes to emulate the show. Prefer a bit (okay, a lot) more drama? The Sopranos cookbook will quickly become your new cooking companion. The point is, no matter your pop culture preference, there are cookbooks that fit the bill.

To save you from searching for them on your own, ahead you’ll find 10 cookbooks based on some of the most popular shows of the 21st century. Happy cooking!