THE fascinating story of the world's oldest printed Valentine's Day card from 1797 has emerged – in which a real-life 'Bridget Jones' berates her beau for 'ghosting' her.

The 224-year-old correspondence is illustrated with delicate design and an elegant portrait of a woman but it's the bizarre message inside which catches the eye. 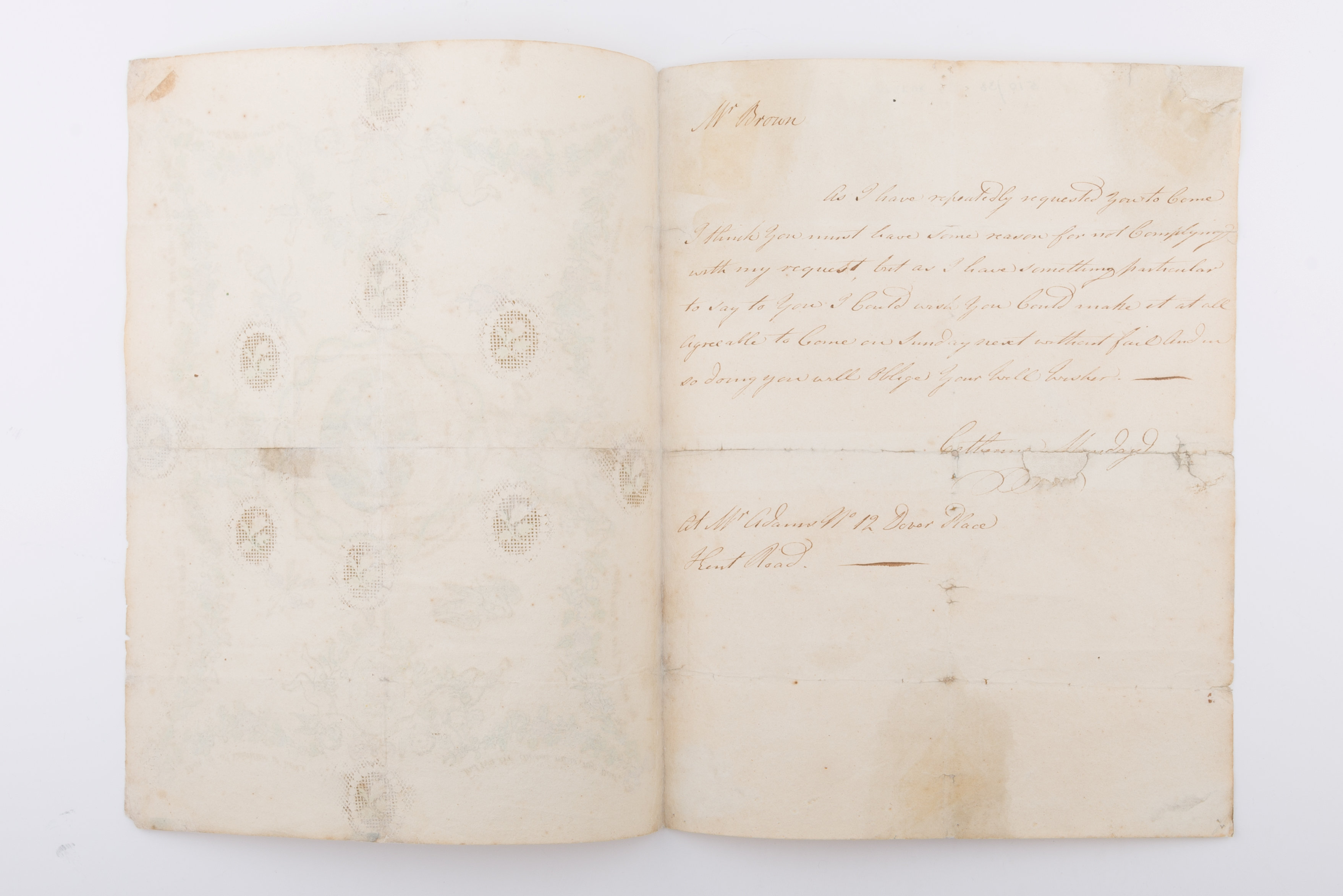 Lovelorn Catherine Mossday, the writer, says she has "repeatedly requested" for a Mr Brown of London to see her and that he "must have some reason for not complying".

Her note continues: "As I have something particular to say to you I could wish you make it all agreeable to come on Sunday next without fail and in doing you will oblige your well wisher."

It ends with only her name without any traditional sign off such as "love" or "yours".

It's not known where Miss Mossday lived but her unconventional love note was sent to a Mr Brown of Dover Place, Kent Road in London. 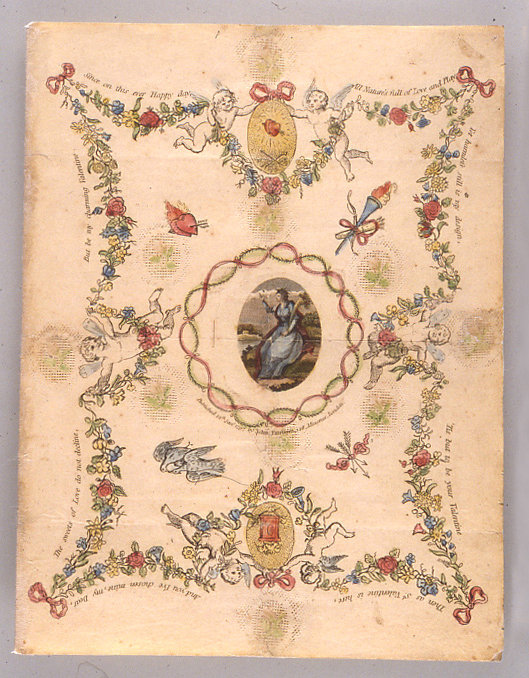 As I have repeatedly requested you to come, I think you must have some reason for not complying with my requests, but as I have something particular to say to you I could wish you make it all agreeable to come on Sunday next without fail and in doing you will oblige your well wisher.

In modern-day parlance, Mr Brown could be seen as 'ghosting' his admirer.

'Ghosting' is a recent term which is used when someone ends a relationship by cutting off all communication with the other person without any explanation.

Centuries later it will never be known what became of Miss Mossday and Mr Brown but the tale of their courtship lives on through the comical correspondence.

Despite her terse message Miss Mossday chose a charming card – which remains the oldest pre-printed Valentine's Day card in existence.

The oldest handwritten card was penned only seven years earlier and sold at auction in 2019 for £7,000.

As I have repeatedly requested you to come, I think you must have some reason for not complying with my requests.

Miss Mossday's is beautifully illustrated with cupids, hearts and lovebirds with an elegant portrait of a woman in the centre.

It was published on January 12, 1797, by John Fairburn of 146, Minories, London, and includes a verse printed around the edge:

Since on this ever Happy day

All Nature’s full of Love and Play

Yet harmless still if my design,

‘Tis but to be your Valentine.

The maker also pierced the corners of the card to give it a delicate lace effect. 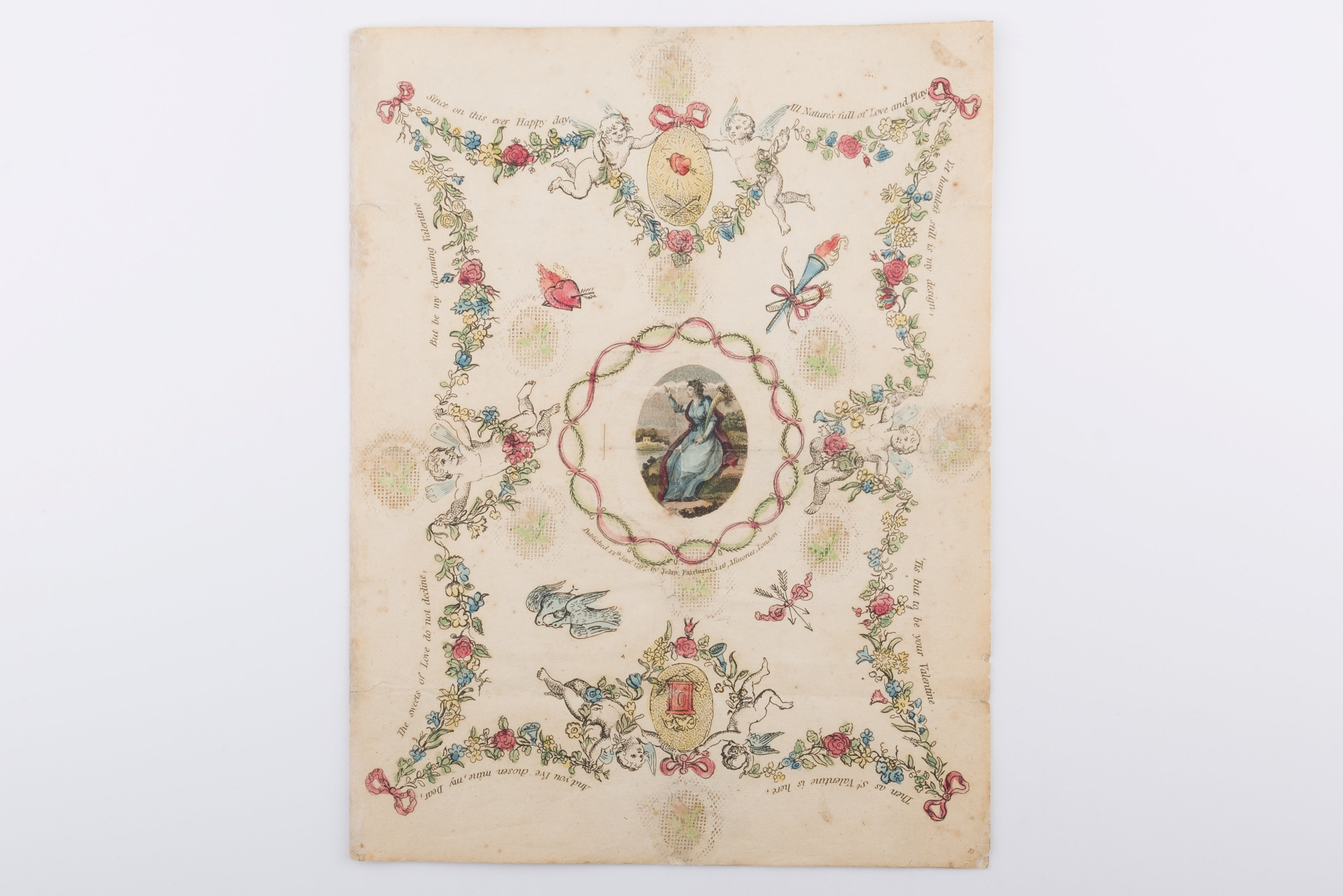 It’s currently being kept at York Museums Gallery, where it would usually be on display for the public to see.

Curator Helen Thornton said: "This wonderful card is one of many Valentine's cards in our collection but it stands out for a number of reasons.

"Firstly is its age – it is believed to be the oldest printed Valentine's card in the world.

"Secondly, it is beautifully made, with intricate designs which were probably hand-coloured after printing.

"But just as interesting is the message inside which gives you an intriguing glimpse into the life of the sender more than 200 years ago."

According to the history books, the practice of sending cards on Valentine’s Day was becoming a popular pastime among the wealthy by Georgian times.

However, as Miss Mossday’s shows, they weren’t simply used as an expression of affection.

The practice properly took off in the Victorian-era when the penny post was launched, which meant it was an affordable thing for the masses to do.

York Museums Gallery has a wonderful collection from down the years, which they have also released images of in the absence of any visitors.

In other dating news, we told you how this size 14 woman was called a "fatty" and told to "give up the doughnuts" by 200 vile Plenty of Fish matches.

And this Tinder date rejected a woman because he's "not ready" to share a charcuterie board.

Plus this lad created a presentation about himself to "stand out from the good looking guys" on Tinder – but he STILL hasn't bagged himself a date.