FIRST we took a fancy to their interiors, then we devoured their TV dramas  . . .  and now we are nicking the Scandinavians’ secrets to great sex.

After a Danish journalist went “all the way” during a recent radio feature about swingers, many in the UK feel we should be a bit more Scandi-lous too. 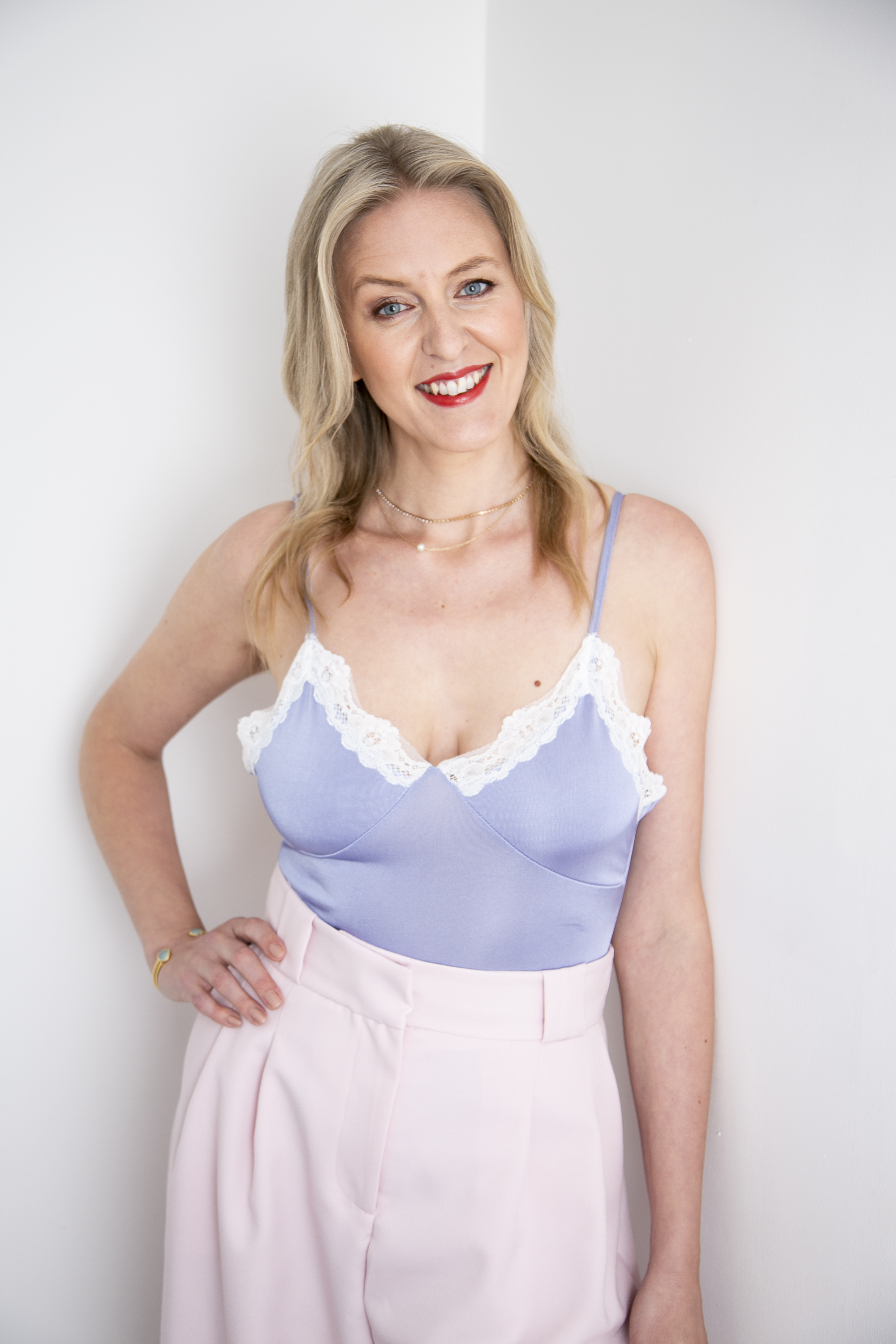 Here, Swedish match-maker and dating coach Asa Baav, 34, who is based in London, explains why she believes the British need to adopt the Scandi way between the sheets . . .

"I DIDN’T bat an eyelid when I heard about the Danish reporter having an orgasm on her radio show while at a sex party. We need to do more to break down the taboos around female pleasure and sex in general.

"But my feelings were worlds away from most of my British pals. One said: “How could she do that so publicly?” I just laughed and explained: “We’re Scandinavians, nothing fazes us — least of all, sex.”

"Unlike the good old Brits, who tend to be prudish around sex, especially in public places, we are very liberal and open-minded. Put simply, we think of sex as being part of life, not something secret and naughty that happens behind locked doors and closed curtains. 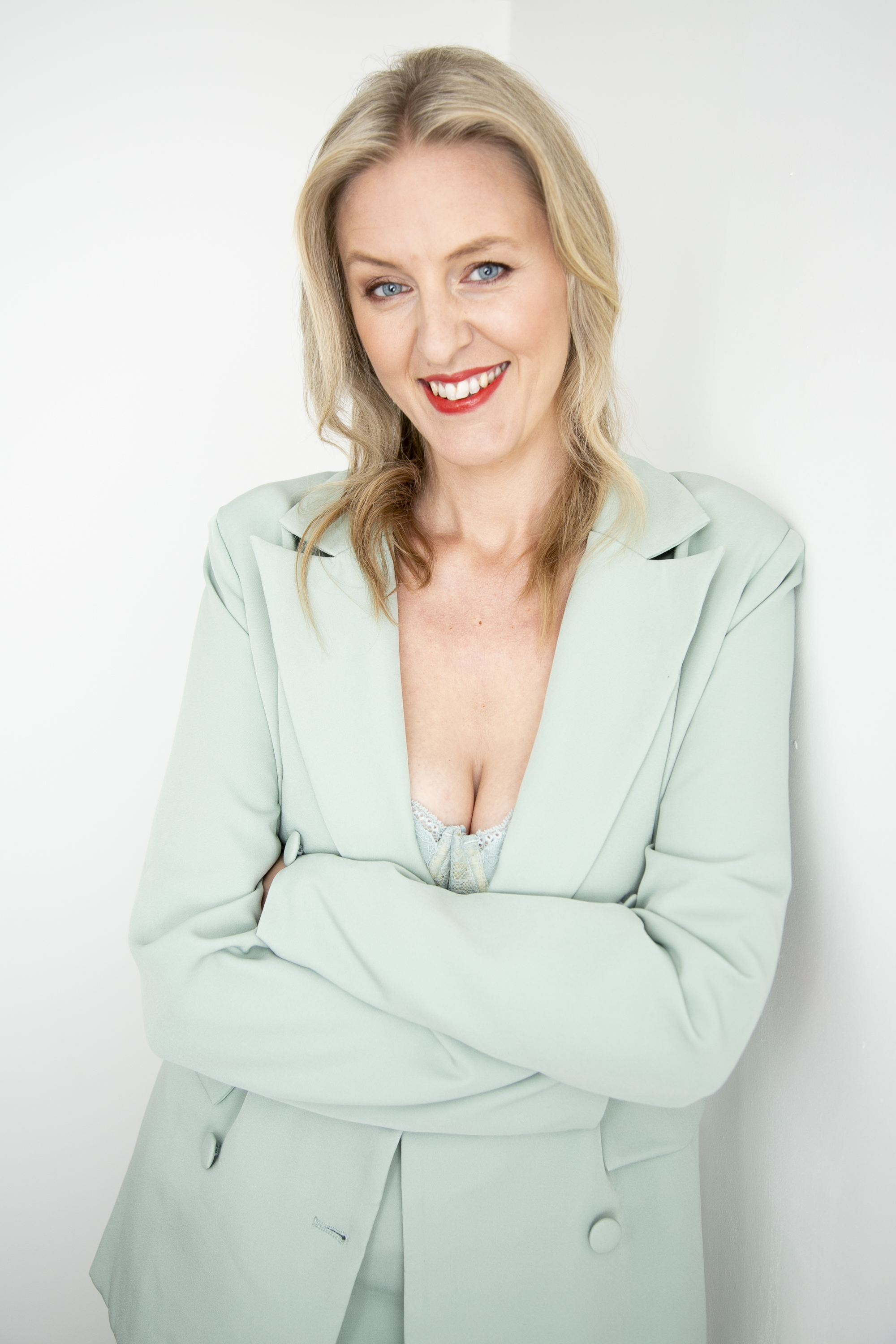 'Our approach to sex is as cool as an Ikea showhome' 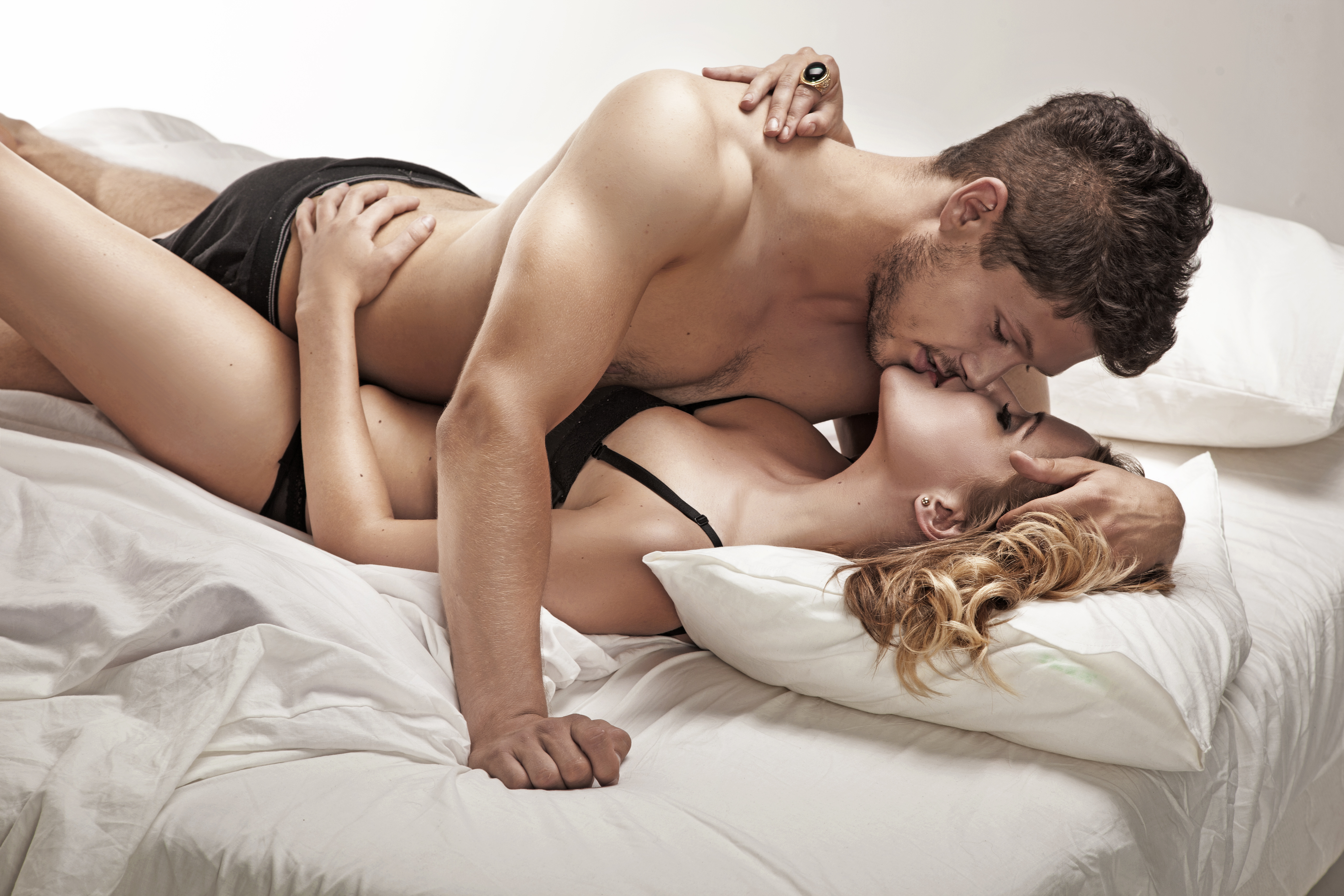 "Just like our decor, we have a ­modern approach when it comes to the bedroom, and a smorgasbord approach to making love. We like variation.

"Whether it’s getting naked in public or group sex, nothing is frowned upon in the home of the Vikings. In fact, Sweden was the first ­country to introduce mandatory sex education lessons in schools in 1955 — ­something which still isn’t compulsory in Britain at primary school level.

"That is something most Brits would never dream of. Put simply, our approach to sex is as cool as an Ikea showhome. But you too will be able to have a ­stylish sex life by  following my simple Scandi    tips . . ." 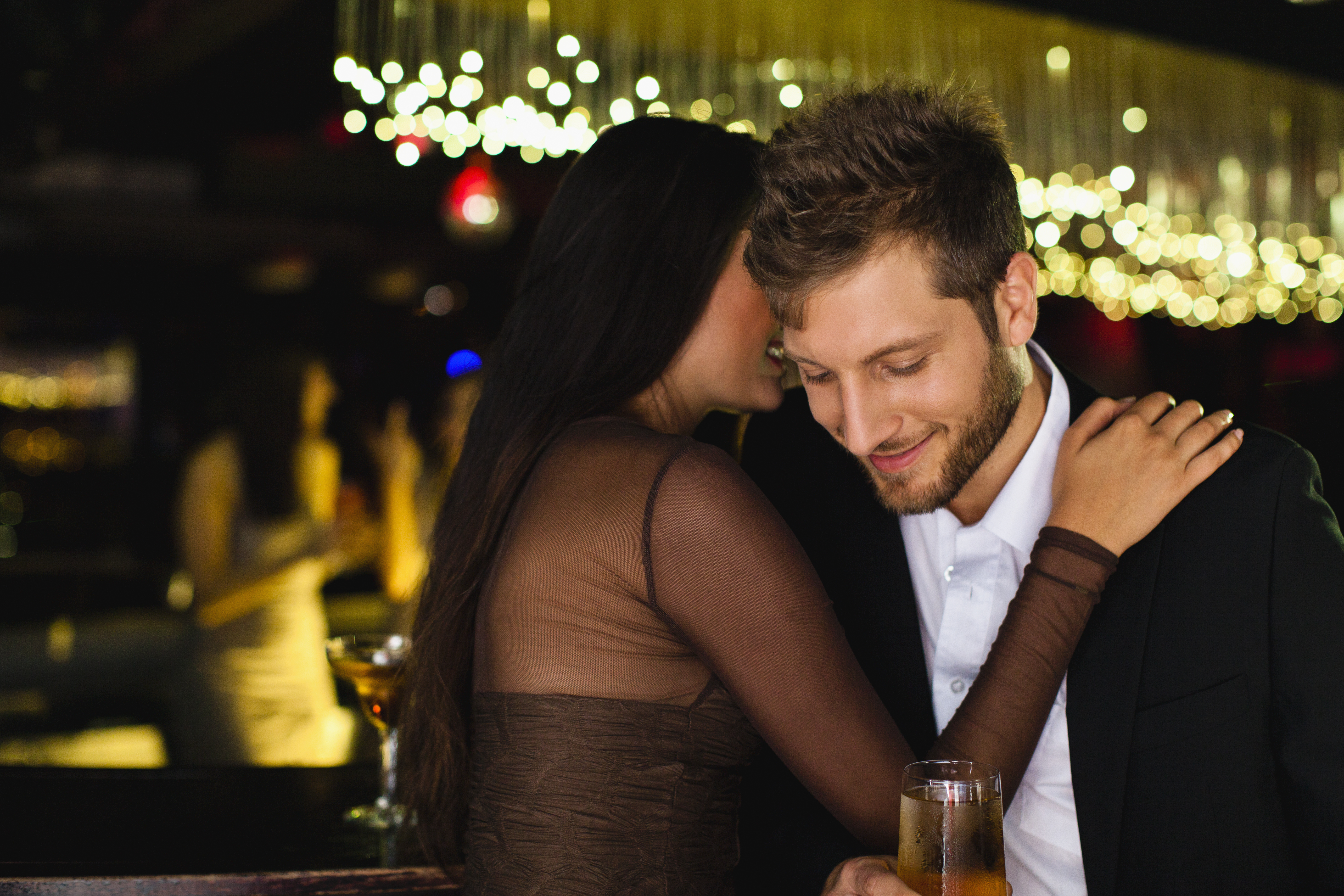 THE Swedes are known for being direct, and this serves us very well in the bedroom.

And telling your partner what turns you on can be super-hot, enhancing the chances of orgasm for both of you.

Of course, sharing such intimacies can make you feel vulnerable, but sexual confidence is contagious. The more you do it, the more confident you will become. 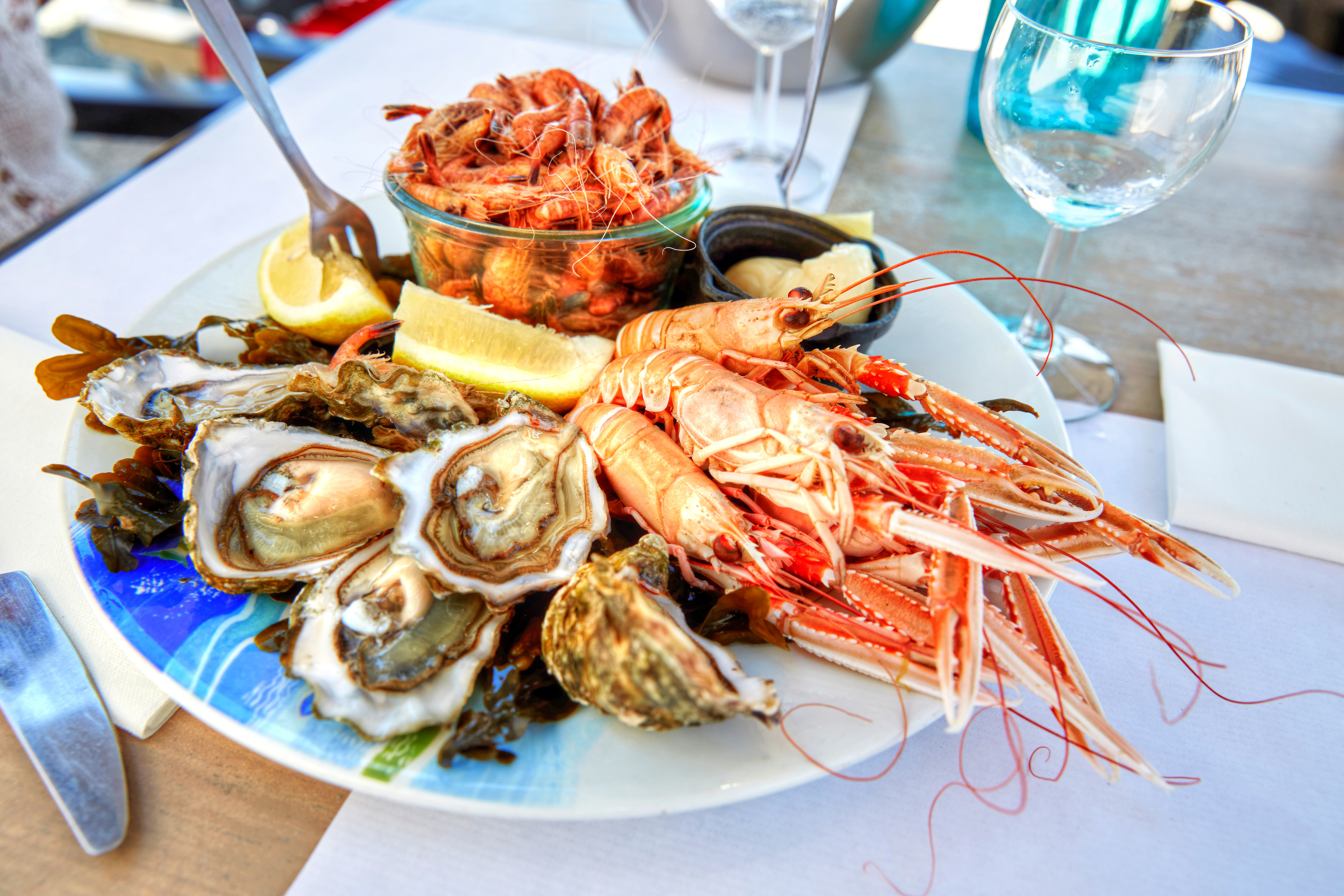 WE love fish and seasonal food and try to look after ourselves physically and mentally.

Studies show those who have a healthy lifestyle and exercise regularly have a higher sex drive.

We love seafood, especially crayfish, which is packed with zinc and is a natural aphrodisiac. We enjoy hiking and swimming in lakes.

You don’t have to spend hours in a gym or count calories. Just get back to nature, eat sensibly and spend more time outdoors – maybe even indulge in a bit of al fresco sex while you’re at it.

GO TO A SEX PARTY 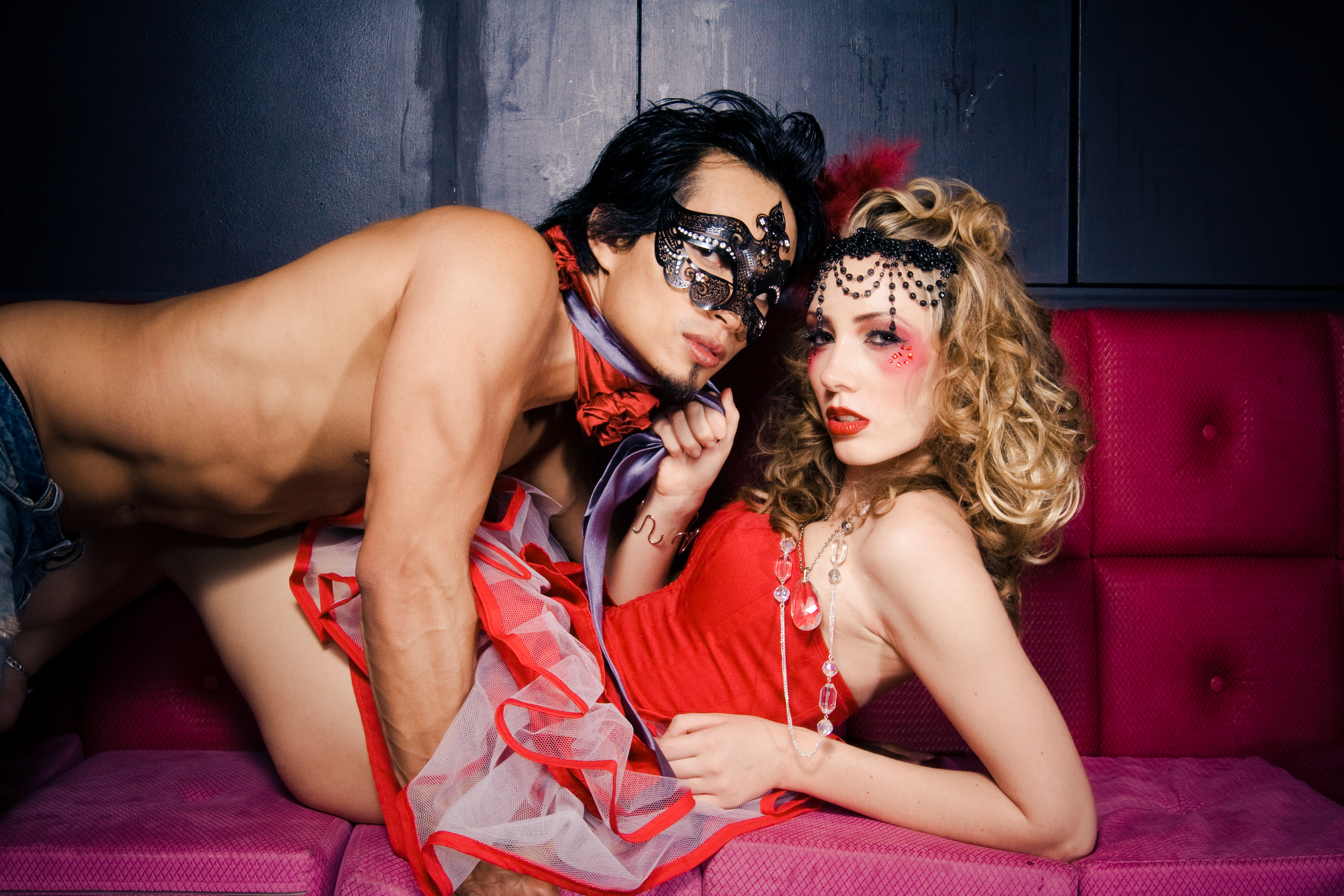 BEFORE the pandemic, swinging parties were quickly becoming our favourite pastime.

Sex parties are great for curious singletons or couples. They are deliciously naughty but I’ve also met amazing women there who have become friends for life.

No one is pressured to do anything and there are strict rules so no one can touch you without your permission.

It’s actually safer than a normal club – and you will definitely have a night to remember. 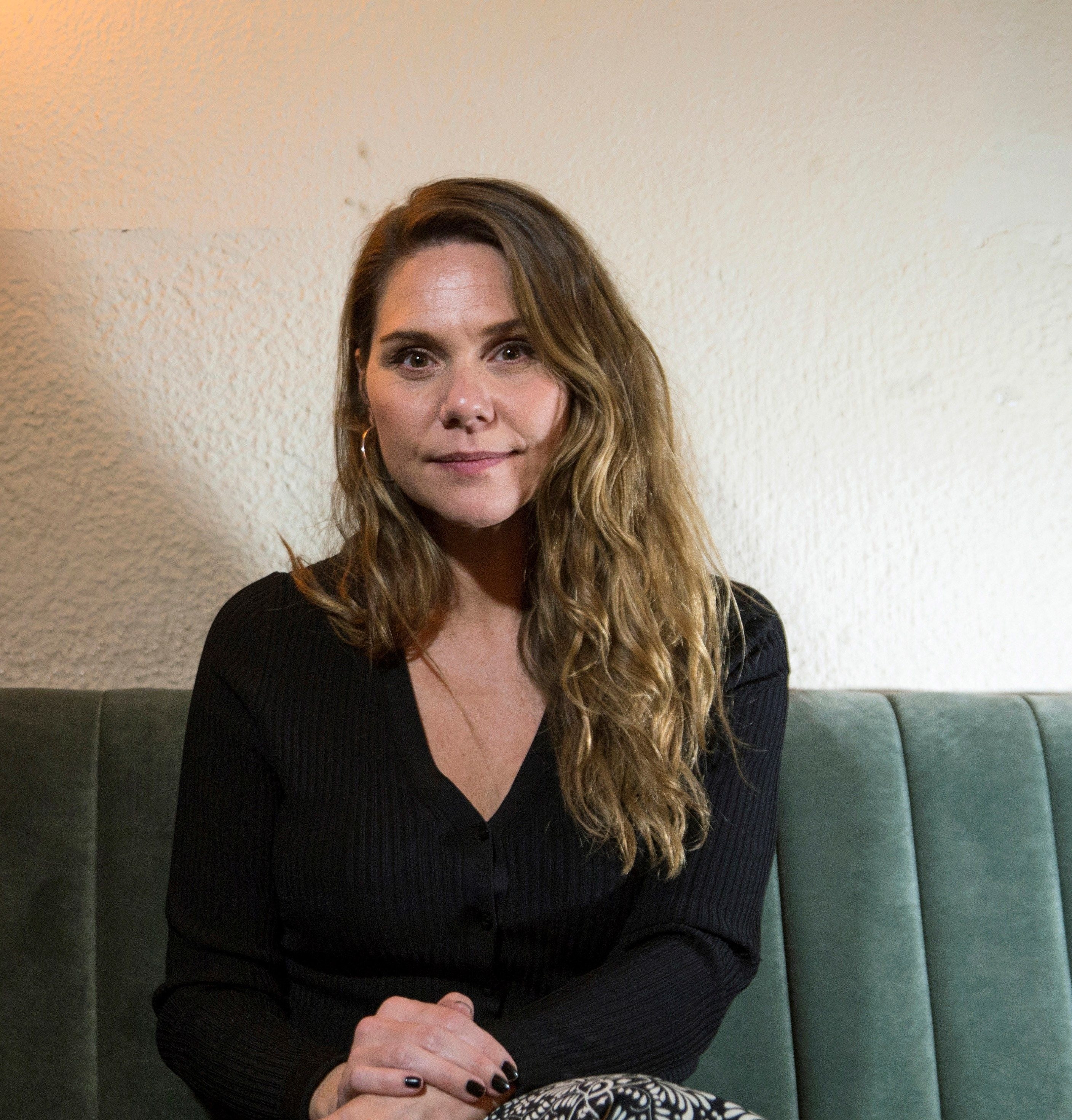 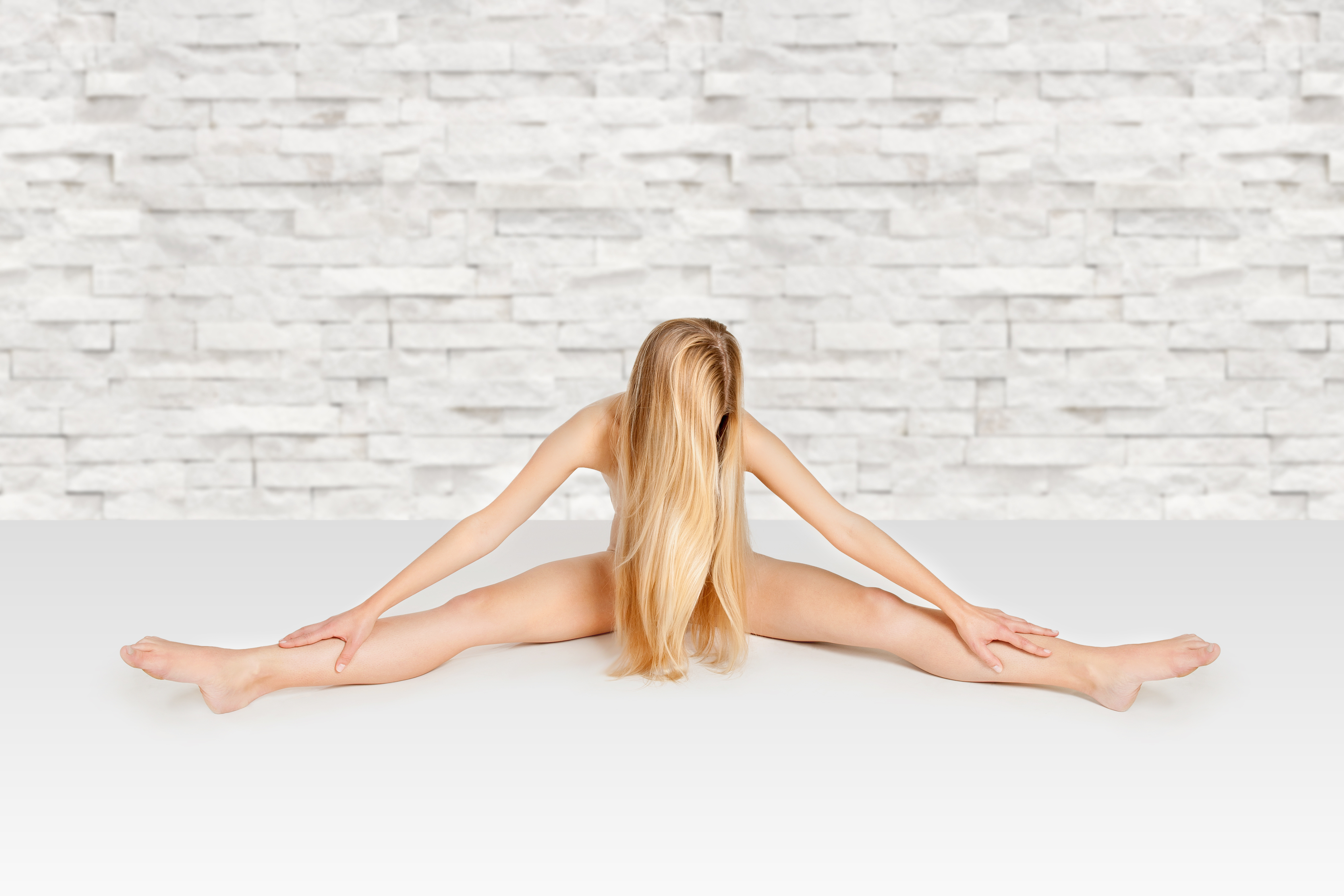 TANTRA teachings have helped me to explore my body and connect sexually and emotionally with myself, as well as my partner.

Tantric workshops are great, but start by lying naked with your partner in bed, synchronise your breathing and slowly move your hands around each other’s bodies.

Do this for ten minutes or more a night to build arousal and feel closer with one another.

The more you practise, the better the final orgasm will be. 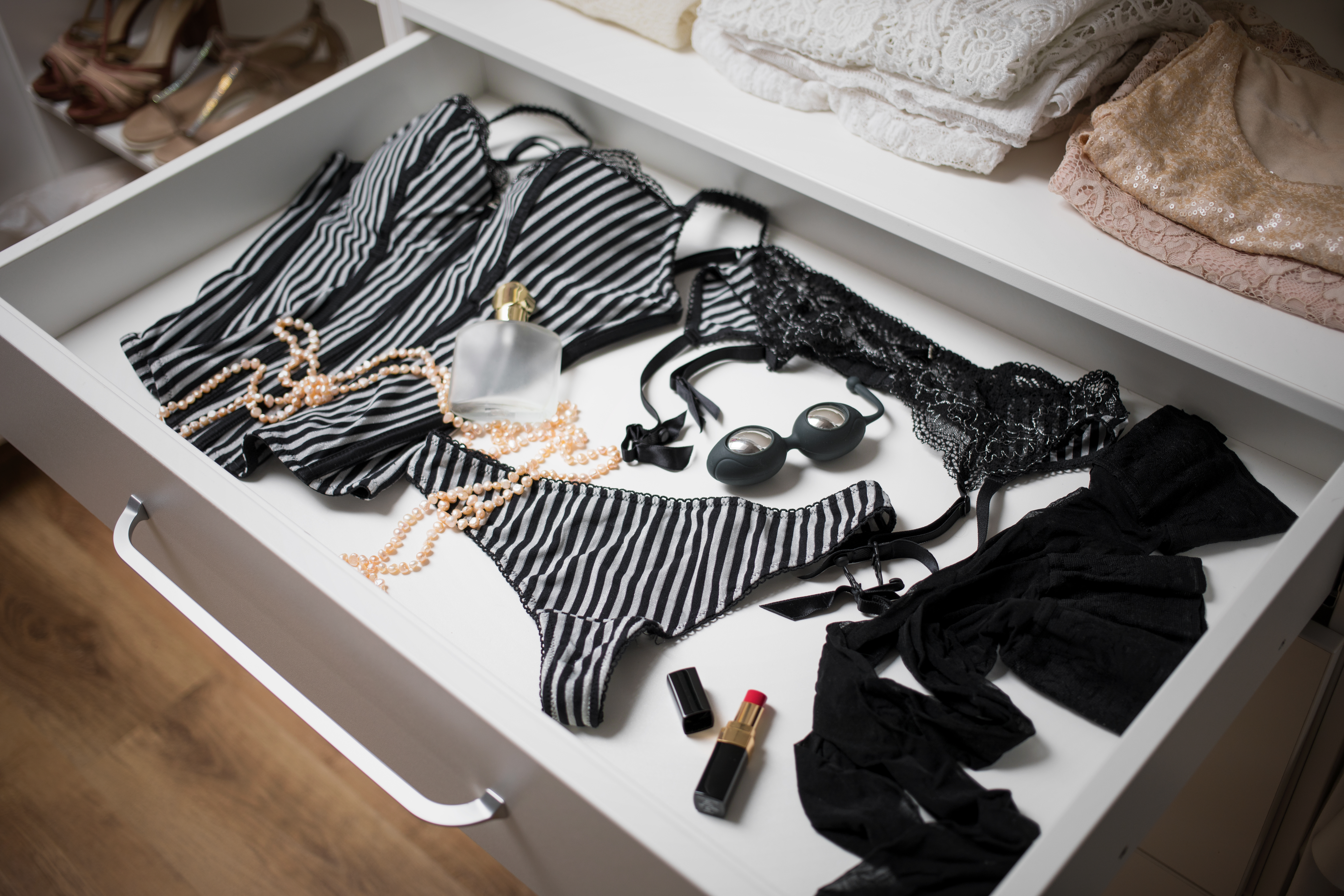 SPONTANEOUS sex is great but we Scandinavians also like order in the bedroom.

Nothing kills the mood more than scrambling around in the heat of the moment. Stock up your top drawer with sexy undies and the rest so you don’t come unstuck.

If you’re a busy parent or have a demanding job, try scheduling time for sex.

Investing in your love life will make your life – and relationship – richer in the long run. 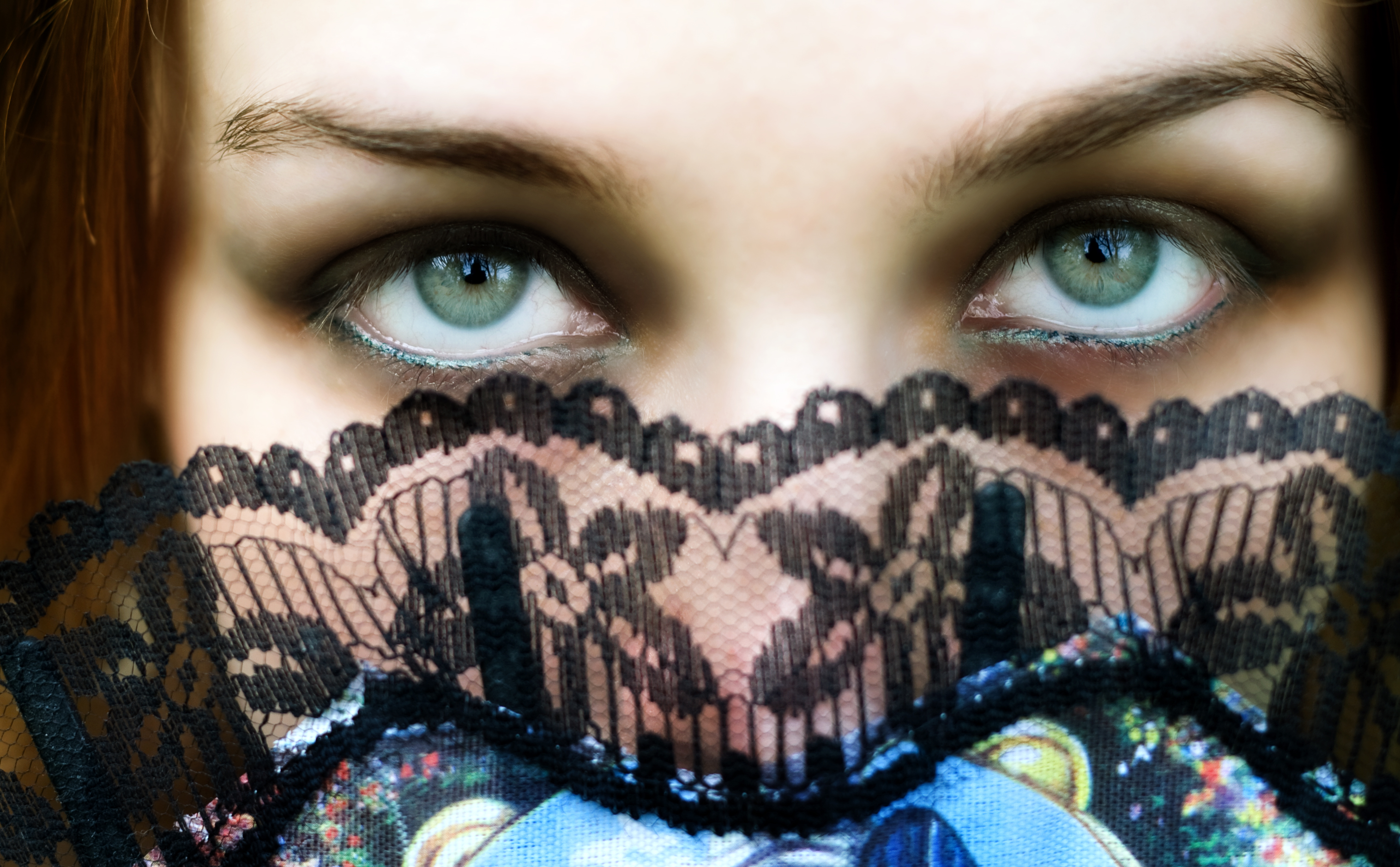 We are very forward thinking in Sweden and open to hypno-therapy, so I knew the process would be beneficial. 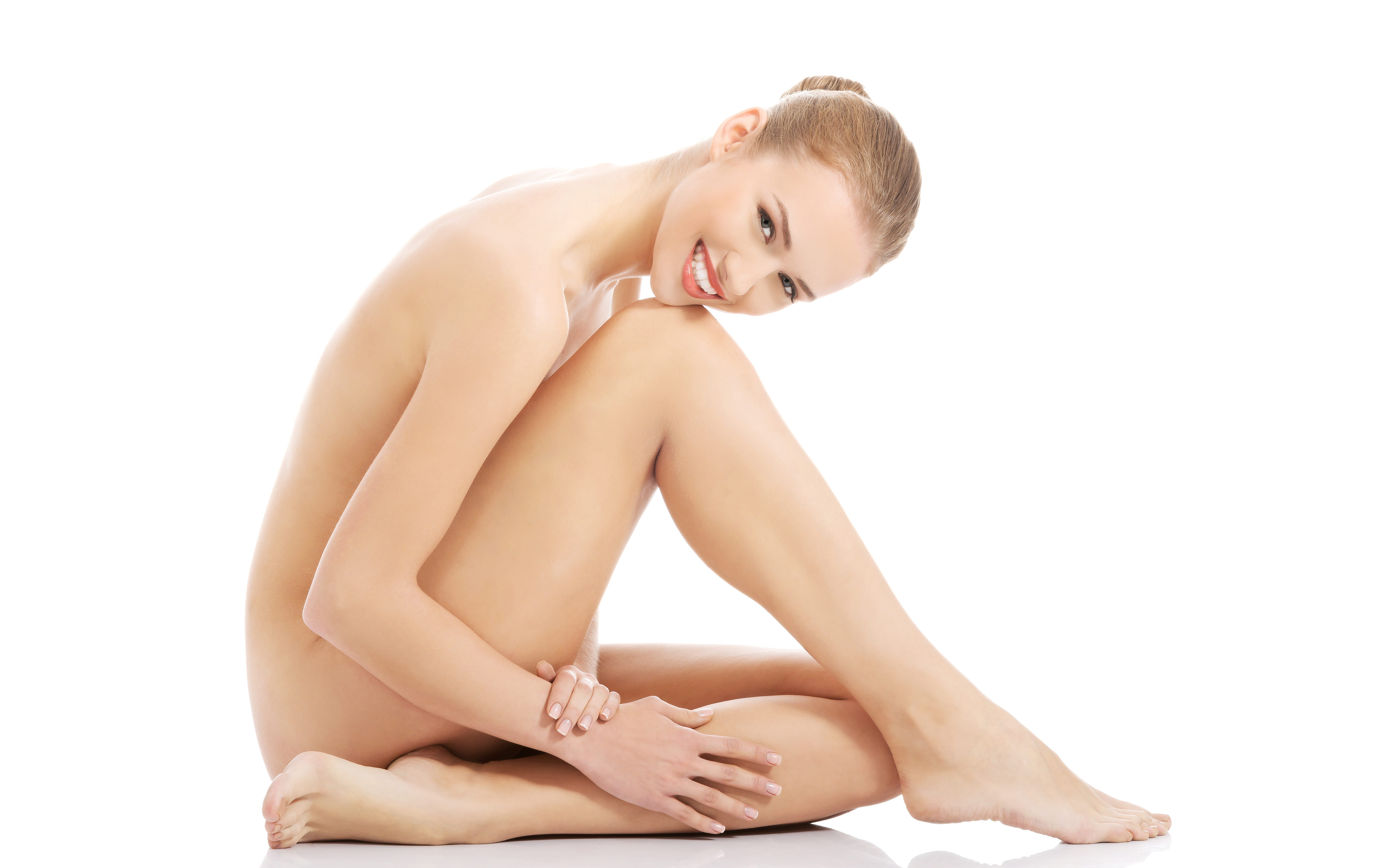 GETTING into mixed saunas and going skinny-dipping with friends is totally normal. We believe ­that celebrating your body in all its natural glory is liberating.

The more you practise loving what you see in the mirror, the more your confidence will rocket.

You don’t need to be a size eight or have a six-pack to ooze sex appeal. I love going to nudist beaches and practising naked yoga.

But if that sounds a bit too much to begin with, practise walking around your house – and garden – in the buff. 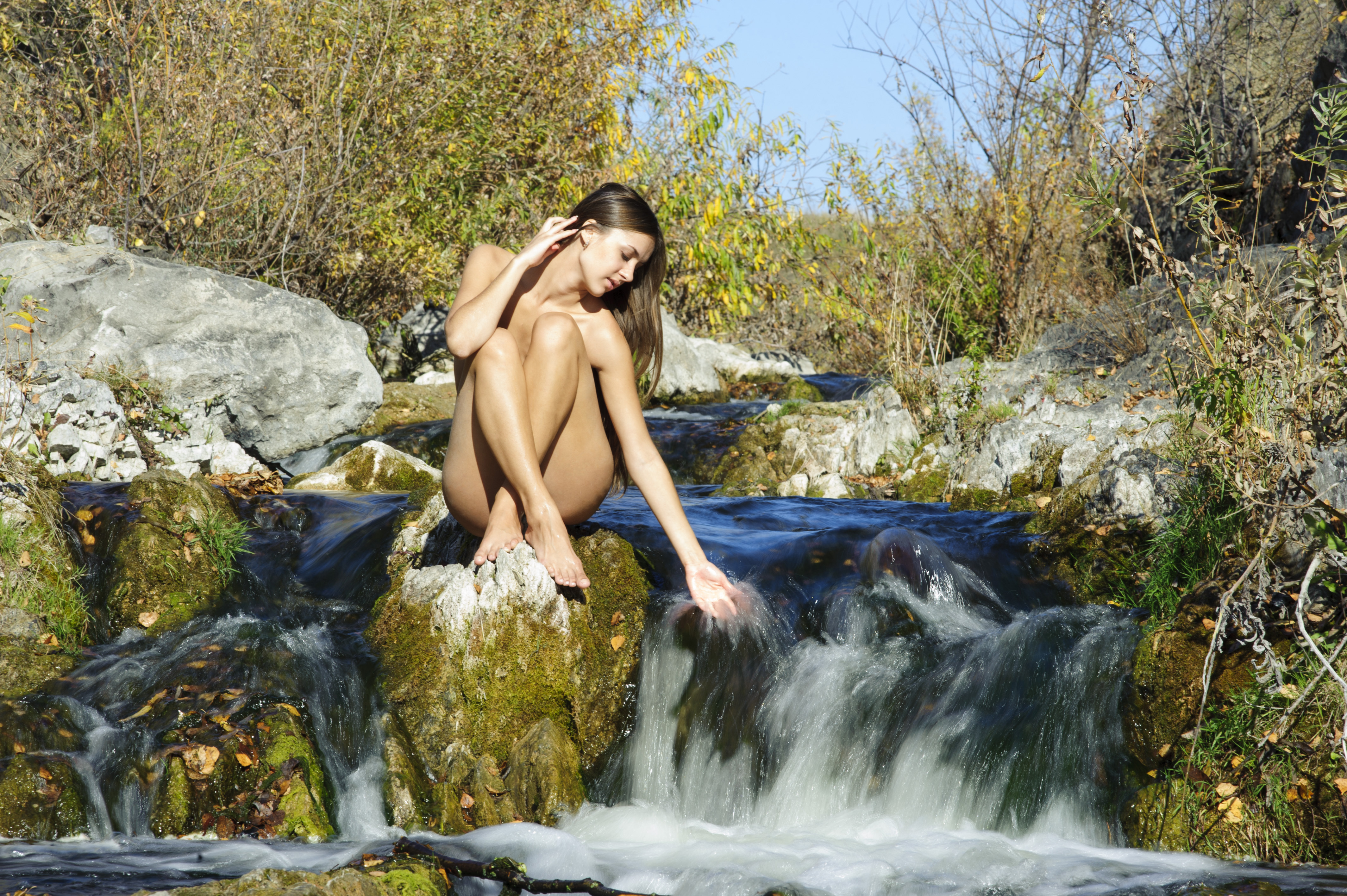 WE Scandis believe the garden is our special space to bare all, and the perfect place to sunbathe your yoni – or female sex organs.

If you don’t feel brave enough, do it indoors. Lie on the floor, open the curtains and strip off below the waist – or even better, get naked.

Breathe in the sunlight and positive energy.

It is possible to have a cosmic orgasm doing this, but as little as 15 minutes a day will help lift your mood. 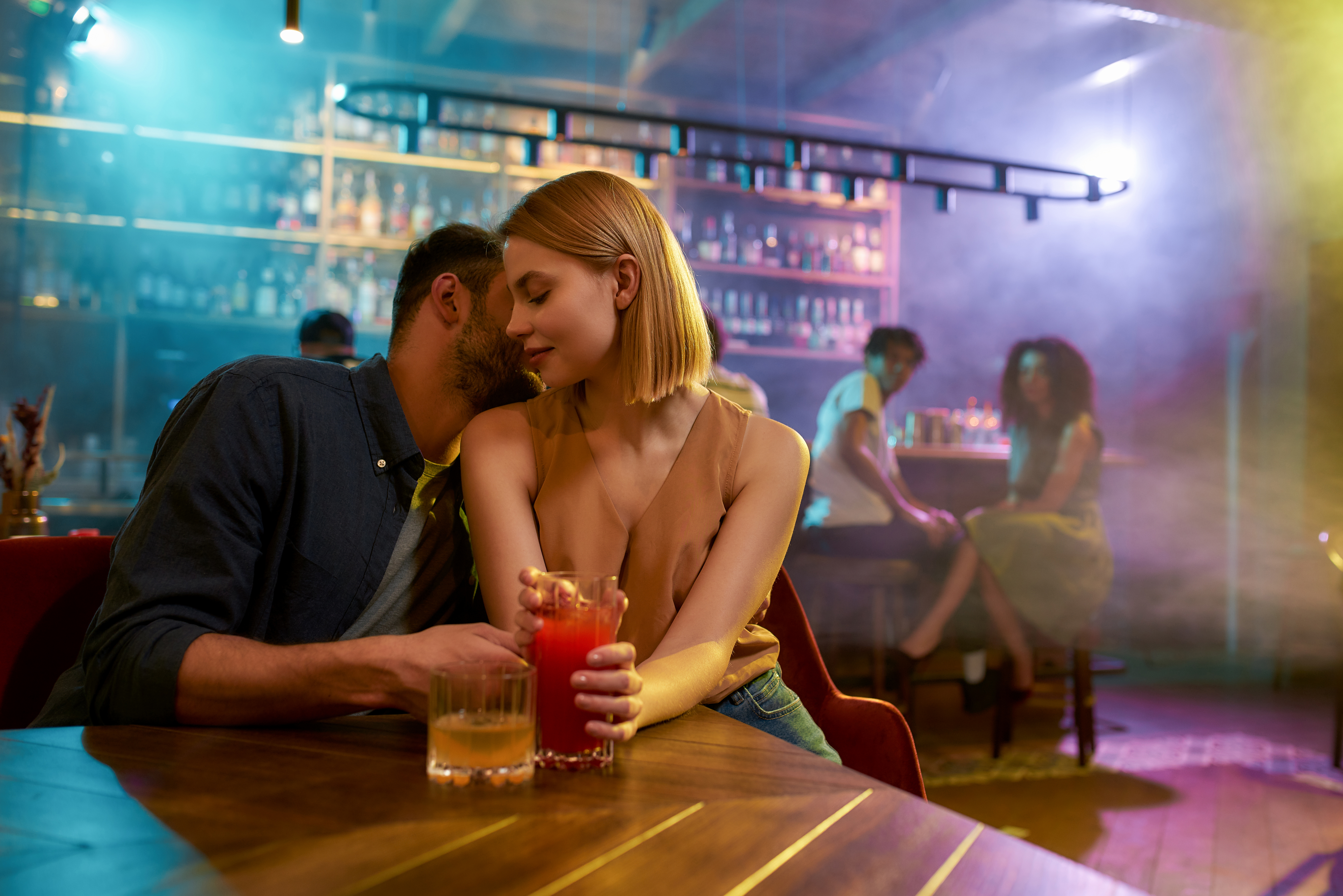 INCREDIBLY, 67 per cent of Brits have never had sober sex with a new partner.

But back home, sober sex is the norm – and is preferred. There has been a huge trend in Sweden for non-alcoholic beer and wine.

We don’t need Dutch courage to get dirty. We are confident about getting naked and frisky.

Not only does booze often cause brewer’s droop, it depresses your central nervous system, numbing you down below and inhibiting orgasm. 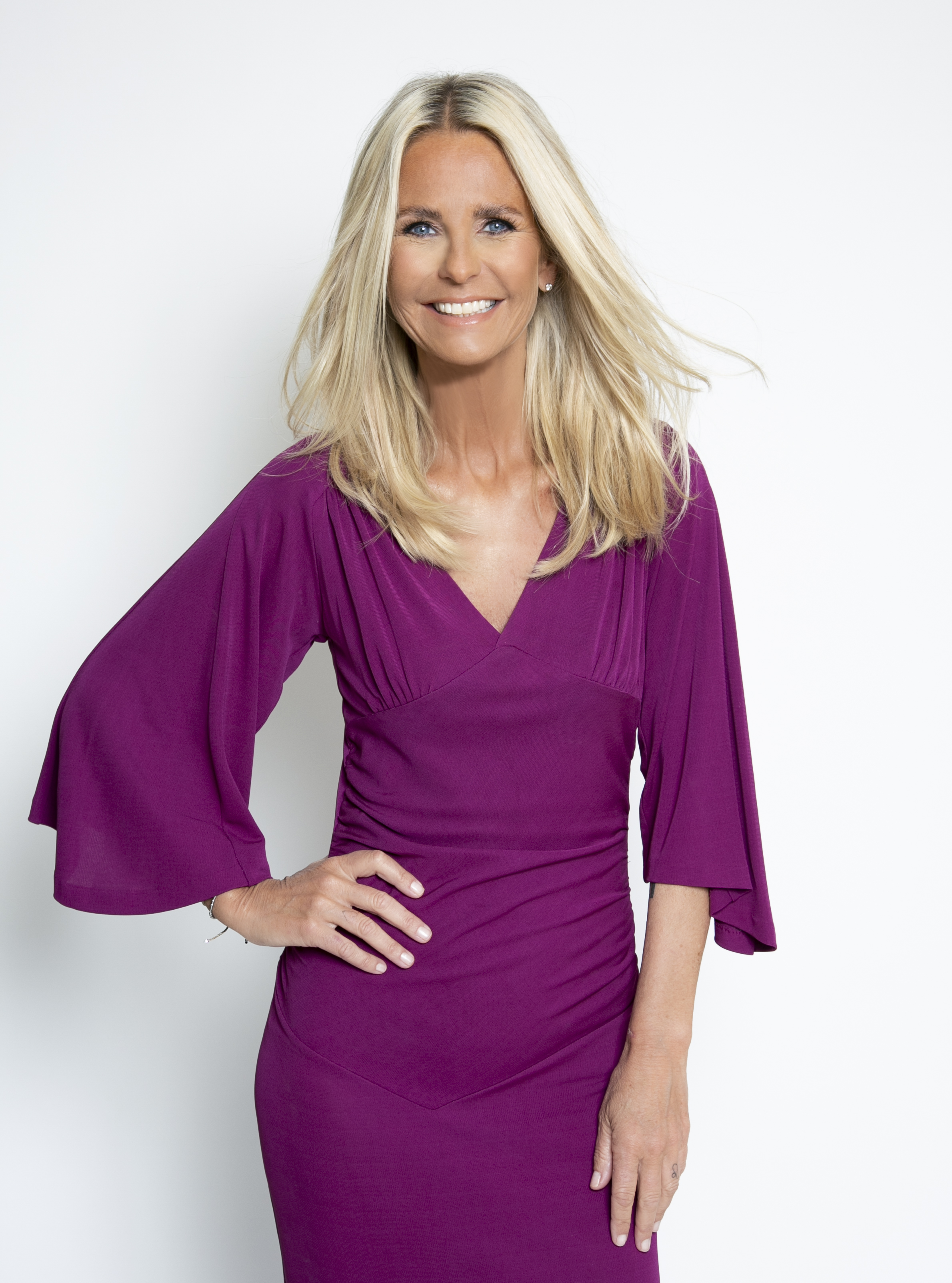 I DON’T know the origins of that association the world has with Scandinavians and sex. But since I came to England in 1979, the fact that I was blonde and Swedish never failed to get a nudge-nudge response. I never understood it.

But I do know Swedes have a natural response to everything – you work to live, you cherish nature and you have sex because it’s ridiculously awesome.

There is a familiarity and naturalness about nakedness – it’s how everyone there swims, or sits in the sauna – and there’s no association with sex just because you’re naked.

The whole approach to sex therefore becomes a very familiar one. And I don’t know if it’s our egalitarian approach to all things but we give as much thought to a woman’s pleasure as to a man’s.

​The Swedes – and I think the Danes and Norwegians too – just accept sex as a really cool, pleasurable act. Orgasm is a magnificent sensation and sex is good for the body, mind and soul.

To that end, they have the right attitude. Sex should not be shameful, but celebrated.