A MUM has issued a stark warning over dental hygiene after she lost all her top teeth when they rotted away after years of smoking and drinking fizzy drinks every day.

The woman, called Victoria, shared a shocking clip to TikTok illustrating what can happen if you don’t take proper care of your teeth. 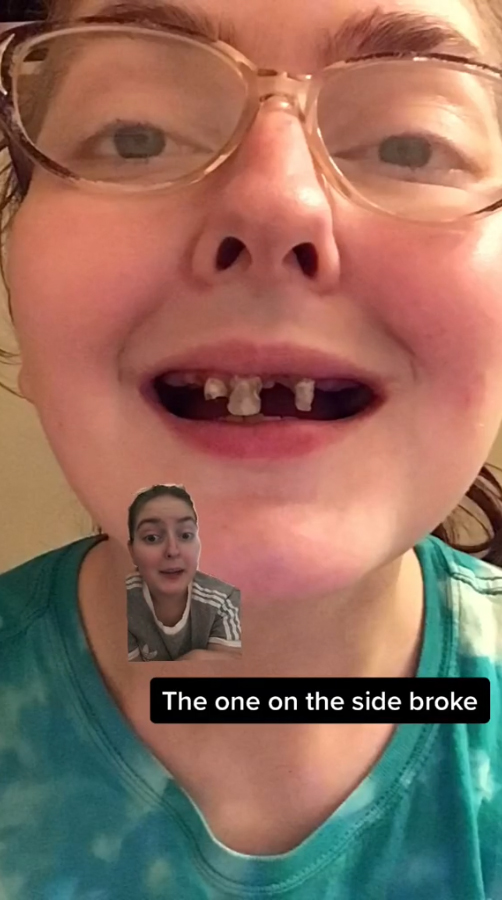 Victoria, from the US, shared a snap of herself smiling in 2012, saying her “teeth were fine and healthy” at this point.

Fast-forward five years and her teeth had rotted away, and they all either broke or had to be removed.

She documented her journey, saying: “This is in 2017 when they first started to go bad and when I was first told that I needed to have them all removed on the top and I needed a denture.”

Victoria points out sections of her teeth which shows the first signs of decay, and where they first began to deteriorate. 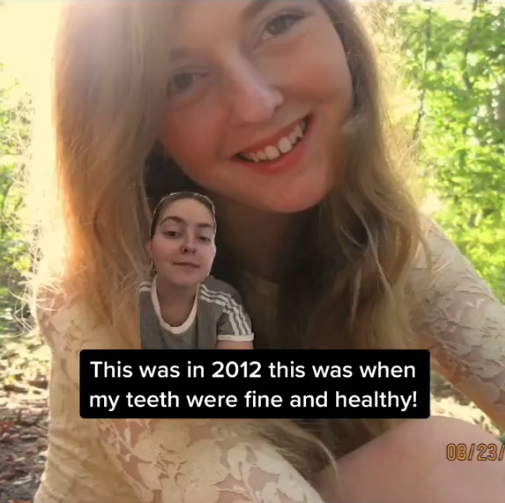 She continued: “Fast forward to 2020 and this is what they turned into after 3 years.”

Explaining exactly how her teeth got so bad, Victoria blamed it on a combination of factors, including drinking fizzy drinks every day, poor dental hygiene and smoking.

Victoria said: “I’ve been drinking coca-cola, dark soda, for like the last 10 years, every single day all day. 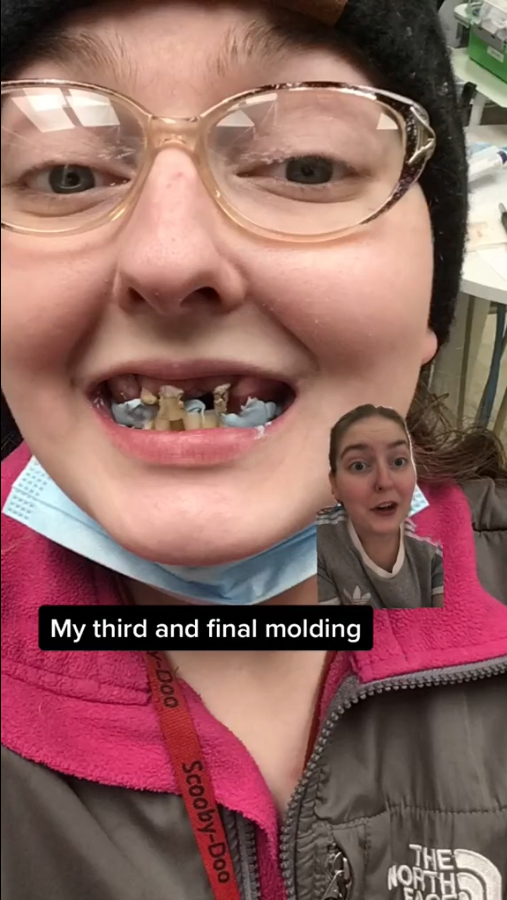 “I started smoking cigarettes four to five years ago.

“I was also absolutely terrified of the dentist and the thought of getting my teeth out, and going through this process was absolutely terrifying, and it took me a really long time to get the courage up to do it.”

She also admitted that during her high school years she ‘didn’t take care of her teeth’. 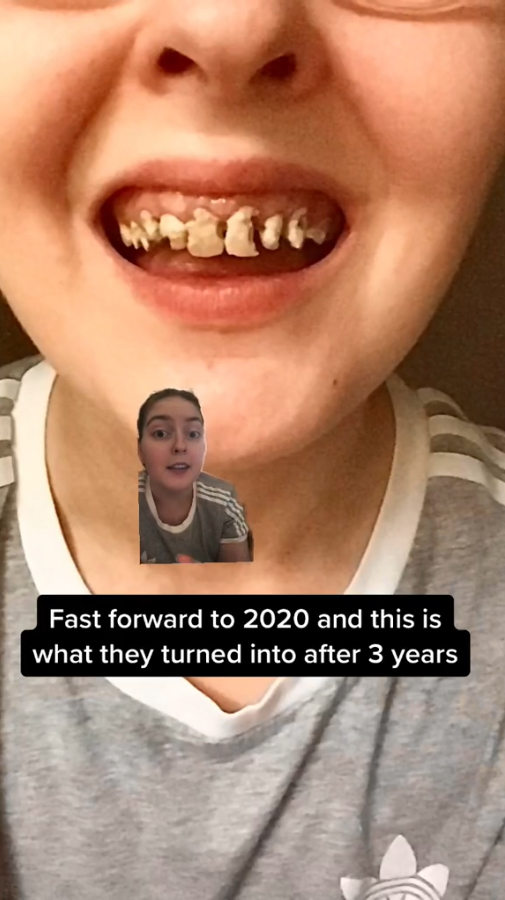 “I did not brush them or floss them, and obviously had a big part on them decaying,” she added.

Ultimately she warned people to look after their pearly whites, saying: “I think it was all of those things combined! Dental hygiene is EXTREMELY IMPORTANT!!”

Now the mum has a perfect smile after getting a denture fitted, as she shared her dental x-rays as she began the process of getting her teeth fixed. 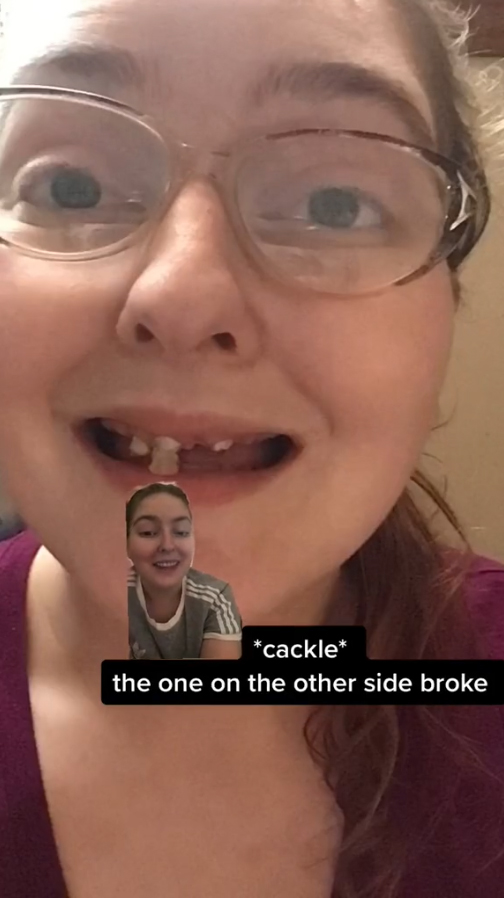 First had all her front teeth removed, apart from the middle four, which went down to three after one of her remaining teeth broke.

The entire process took three months, and she was left with a straight, white smile after picking her tooth colour.

The clip has racked up more than one million hits, as people praised her for sharing her story, adding it had inspired them to take better care of their teeth. 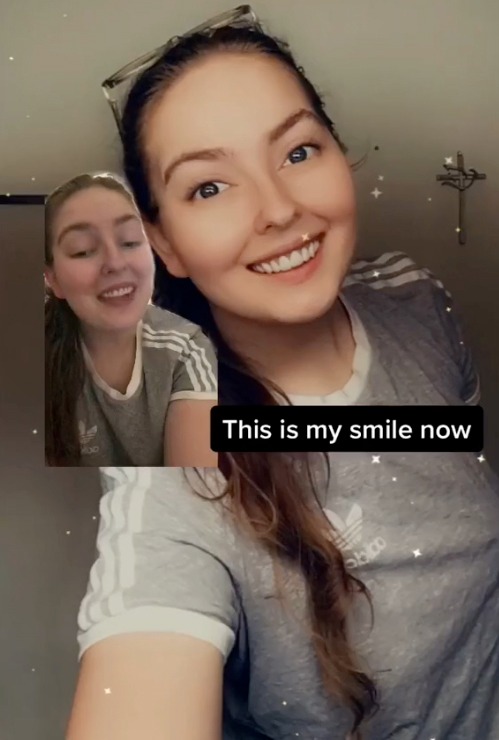 One person wrote: “I picked up a toothbrush so fast.”

Another commented: “I just want to thank you for being brave enough to post about this. Not because it’s shameful in any way, but because it’s a reality for a lot of [people].”

A third said: “Thanks for sharing something personal / that you’re insecure about. I know how hard it is, I appreciate it and you’ve helped people out.”

While this person added: “You look beautiful. Thank you for sharing such a traumatizing story. That insecure never goes away when you look perfect now. I understand.”

While this woman was mortified after realising she’s been brushing her teeth with lube by mistake.

And this woman had no idea she was pregnant until she gave birth in the dentist's office.

Plus there's a spot in your mouth that reveals whether you’ve given oral sex – and dentists on TikTok are explaining it.