KIDS are often surprising us with the funny things they say, but one mum was left in hysterics when she came across one of the answers her son had given on a school booklet given by his secondary school.

The school had issued new pupils with a booklet that was filled with questions and requested they complete it with their answers as a way of getting to know them. 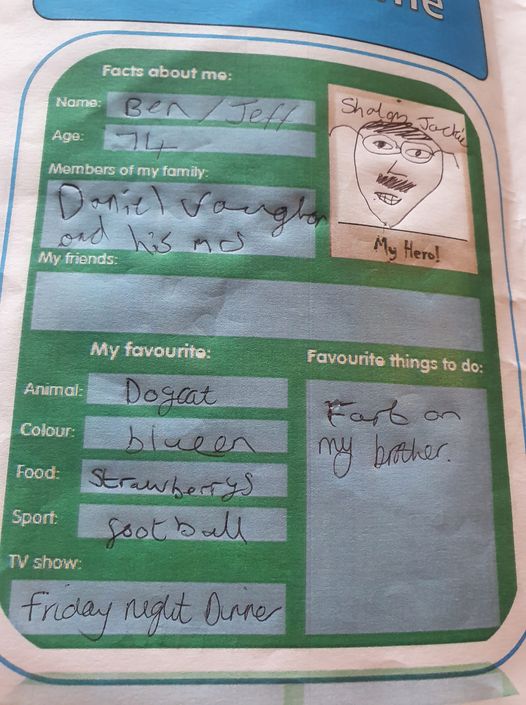 Posting to Facebook, mum Nicola shared a snap of her son Ben's responses and was left in stitches when she came across what he put down as his "favourite thing to do".

"My 11 year old son received a booklet from his new secondary school so he could fill it in and they could get to know him better," she shared on group Family Lowdown Tips and Ideas.

"Im so pleased to see he's taking it soo seriously (sic)," she added, while outing her son for his amusing responses.

Not only did he state that his age was 74 years old, he claimed his name was 'Ben/Jeff' and put his hero down as Jim from Channel 4 comedy series Friday Night Dinner. 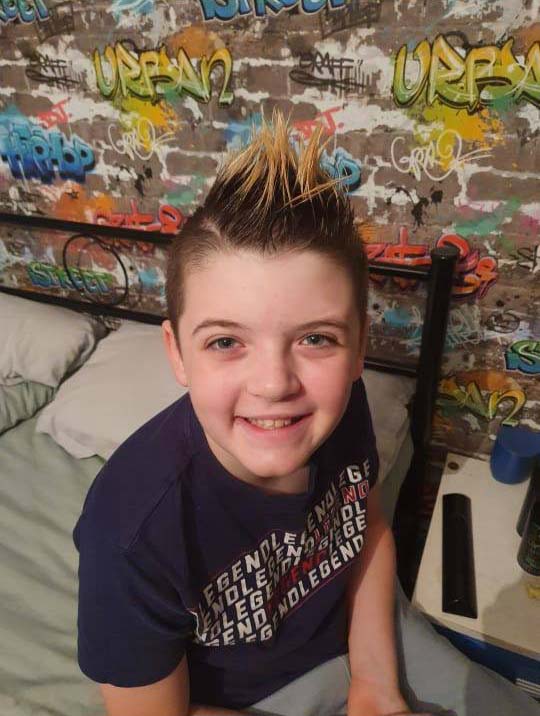 When it came to listing his "favourite thing to do", Nicola's son just couldn't resist as he wrote: "Fart on my brother."

Nearly 5k people reacted to Nicola's post online, with hundreds commenting – revealing they too had been thoroughly entertained by his answers.

"FFS," commented one fellow mum along with a string of crying laughing emojis, while another said: "He's a little genius. He'll go far."

A third agreed, as they commented: "This kid is going places."

One more said: "I don't know if the portrait of Jim or fart on my brother is my favourite," as another person revealed: "This has absolutely made my day!"

Nicola's post led to other mum's sharing their own stories of their kids wreaking havoc, with one woman revealing: "This is brilliant, my 13 year old is the same. She convinced her new class mates from her new school that she was Russian. She managed to keep it going for weeks. She had so much fun.

Another shared: "At least they’ll no what’s coming. My daughter was given a whole sheet to fill in the other day about what she looked forward to about the following school year. First question was ‘are you looking forward to next year?’ – she wrote ‘No’ which she said is good enough reason not to answer anything else!"

Meanwhile, one single mum in hysterics over note daughter, 10, sent her saying ‘you don’t need men’.

Plus, this mum was in hysterics at ‘sweet note’ her son left his dad – which accuses him of trying to KILL him by unplugging his fan.

And another woman found a secret note hidden under her son’s bed – and she doesn’t know whether to laugh or cry.