AS the Duchess of Cambridge celebrates her 40th birthday on Sunday, the nation should ponder the debt it owes this extraordinary young woman and pause in wonder.

The current scene is depressing enough. 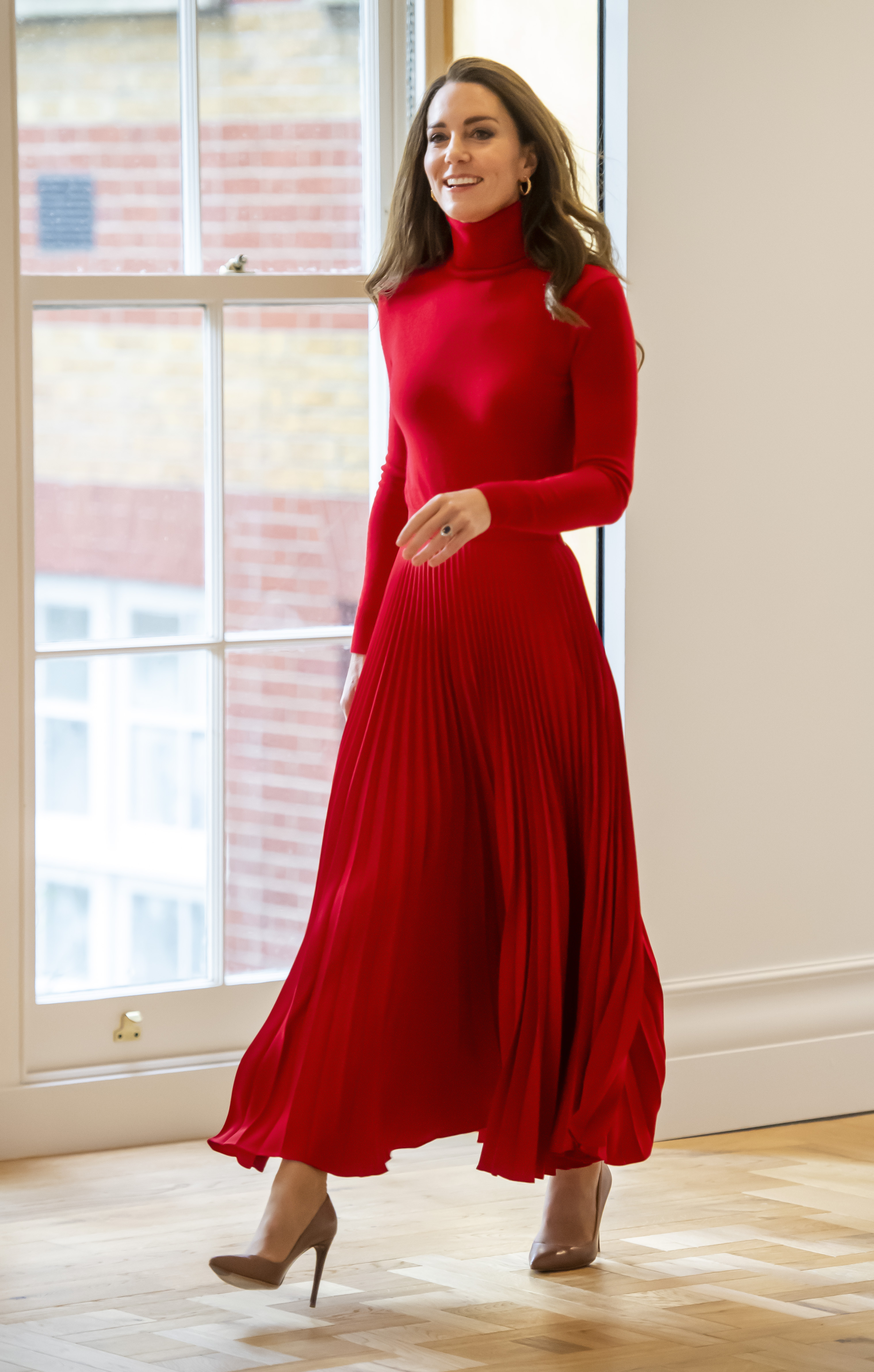 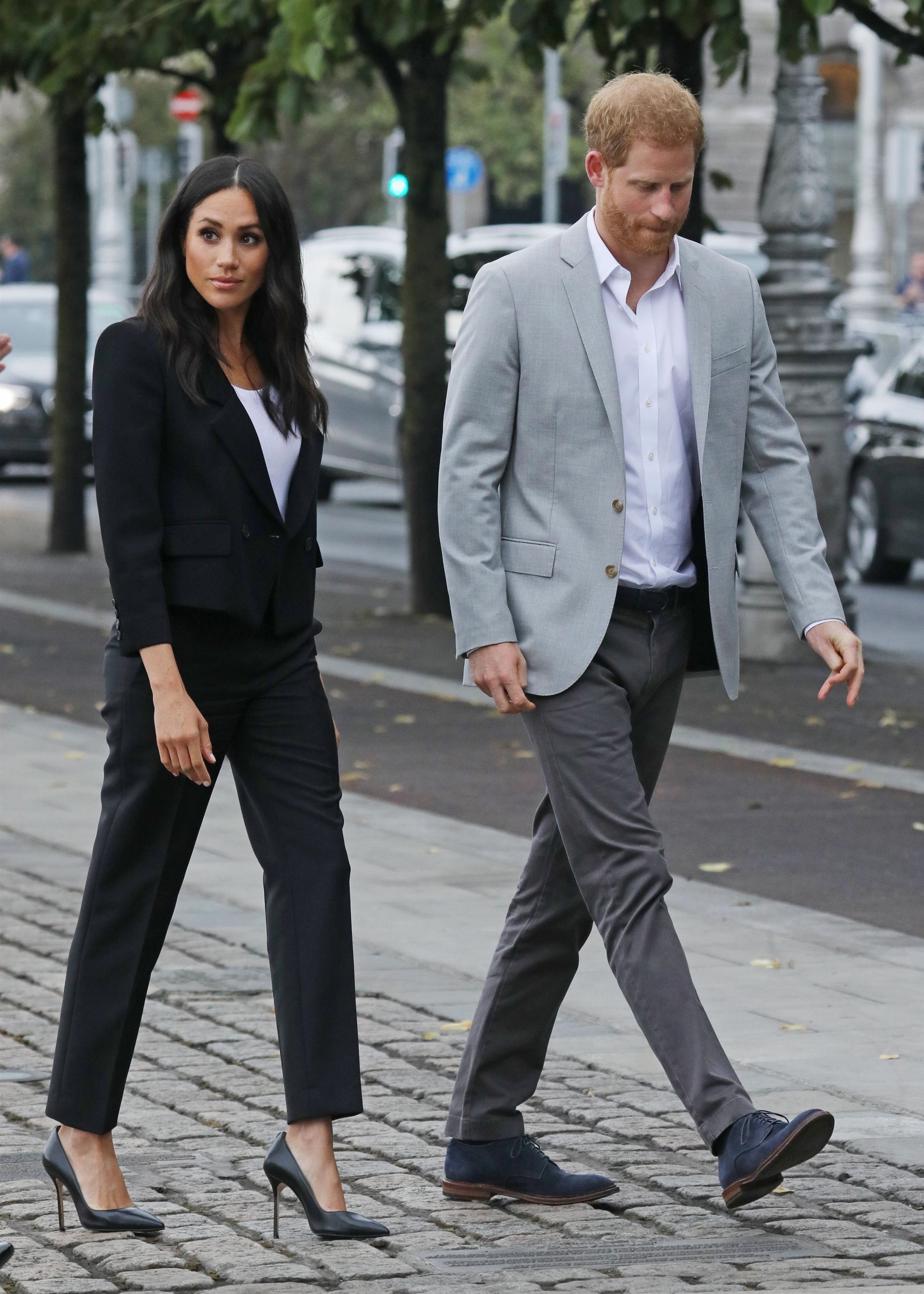 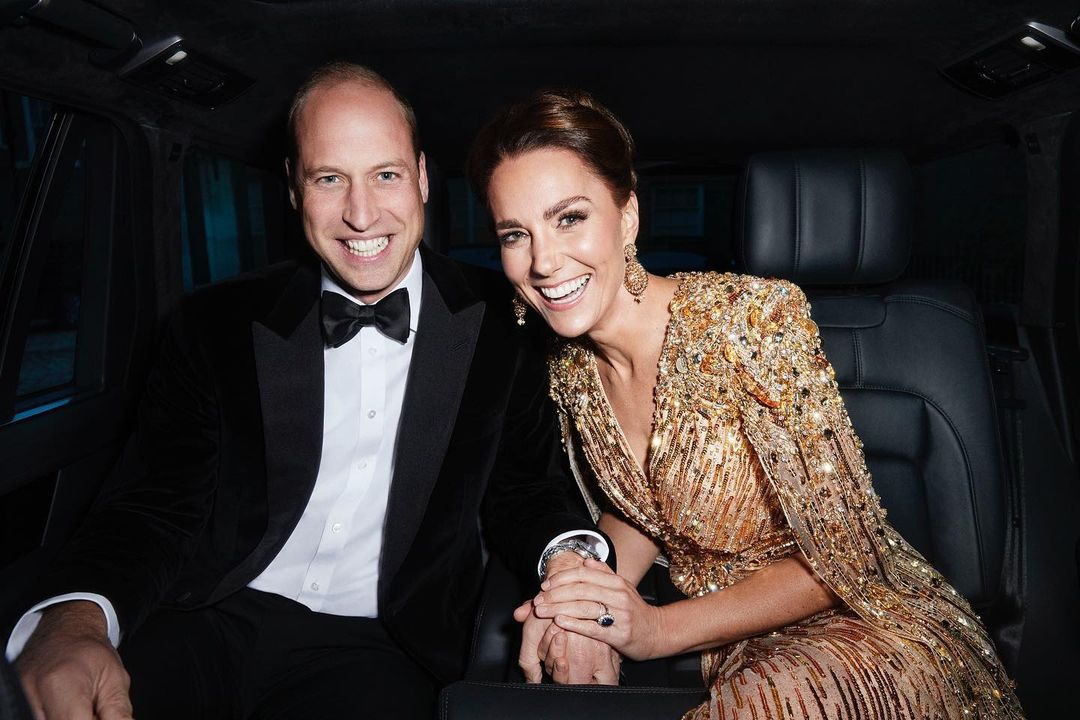 Looking back at the travails that have beset the Royal Family — the passing of the stalwart Duke of Edinburgh, the bitching and bile from Southern California and the web in which the hapless Prince Andrew is entangled — we can at least count on one solid bond in the bank of our collective future.

The girl who was once plain Kate Middleton, or “Waity Katy”, (how long ago that seems) has become the quietly shining jewel in the crown.

There have been naysayers, notably on the lawns of Montecito, with its 50 shades of green with envy.

Did Meg not opine that the words duty and happiness are an oxymoron?

Did she not add that the Duchess of Cambridge is constrained by a role so intolerable that she is a sort of Stepford royal?

If so, constraint has never suited anyone so well.

Kate gets bonnier by the month.

On New Year’s Eve, the Duchess released a photograph of herself and Prince William, taken on their way to the premiere of the Bond film, No Time To Die.

If a picture speaks a thousand words, this candid image of a husband and wife holding hands in a car was the perfect riposte to the Duchess’s detractors.

William looked princely and tickled pink, but it was Kate, wearing a smile not seen since Leonardo beheld the Mona Lisa, who made our hearts thump.

Royal wives are not usually presentable, especially the consorts of British kings and princes.

Look at Caroline of Brunswick (or don’t), who was so ugly that her husband, George IV, had her banned from her own coronation.

George I, meanwhile, kept his wife Sophia Dorothea locked in a tower.

But Kate is the swan of our time, the peer of the late Princess Grace of Monaco.

There are only two kinds of royal women in this world — the serene and the chronically unhappy.

The latter, including Meghan, kick against their fate, seeing the golden chalice as one filled with poison.

They exist in a state of discontent, thinking their wisdom has seen through all their supposed advantages and found them worthless.

They are almost proud of their anger and consider it the only rational attitude for an enlightened person.

Then there are those like the Duchess of Cambridge.

Kate is not only wise, but the cause of wisdomin others. We would do well to consider the difference Kate has made to her husband and our future king.

This sort of royal sees not what they can’t do, but what they can, who perceives that public service is not a prison, but a means of liberation from futility.

In the years since her marriage, Kate has found joy and calm in serving others, not herself.

One only has to look at the Cambridges’ Christmas card, which pictured Kate with William, George, Louis and Charlotte, to see a woman who understands what really matters.

She is not only wise, but the cause of wisdom in others.

We would do well to consider the difference Kate has made to her husband and our future king.

In 1997, two boys walked behind the coffin of their mother.

At the time, and in the years after, it often seemed as if it was William who was the royal infidel, with an occasional tendency to sulk and an unamiable attitude to the media.

St Andrews University, from which he nearly dropped out, failed to lessen the mass of his discontent.

Love does not conquer all, but its effect on William was transformative.

Shored and ballasted by his relationship with a girl called Kate Middleton, of solid and uncomplicated middle-class stock, he looked duty squarely in the eye and decided not to flinch.

As Harry began to drown, his older brother, with Kate’s assistance, reached the shores of home.

Of all the moments in the history of our monarchy, this may prove to be one of the most significant.

For in saving William, Kate might be said to have saved the Crown.

A friend of the couple once said to me: “Catherine not only has beauty, but an unflappable calm and sunniness, which absolutely nothing can destroy.

"Her influence on William is always behind the scenes, but the power of her influence is astonishing.”

It is noteworthy that Kate will be the first commoner to become Queen of England since the 15th century, when Edward IV scandalised his court by marrying a nobody called Elizabeth Woodville.

Born to a humble country squire, Elizabeth also came from a close-knit family.

In the few portraits of her that still exist, her likeness to Kate seems uncanny.

Brown-eyed, with pale auburn hair and perfect features, she is often regarded as the most beautiful Queen of England.

A foreign dignitary wrote: “To see her is to know the fairness of the rose.”

The Duchess of Sussex, with her slippery, shiny pout, is a concrete siren rising before her husband, her face powdered, her eyelashes dropping provokingly.

A real British beauty like Kate is rare indeed. Her chestnut hair seems always lit by the sun’s afterglow, her skin saturated by summer mists and her complexion is the envy of dermatologists.

As for her eyes, on the one occasion when I met her, I have never seen brown eyes quite like hers. Usually they have dull flickerings of grey, but Kate’s are so bright they can look like burning amber.

Nothing could be more different from the artificial, enamelled appearance cultivated by other royal women.

Princess Charlene of Monaco’s heavy make-up and ill-advised cosmetic surgery reminds one of a showgirl trying to stem the inevitable tide.

The Duchess of Sussex, with her slippery, shiny pout, is a concrete siren rising before her husband, her face powdered, her eyelashes dropping provokingly.

The same could be said of Queen Letizia of Spain, perilously thin and dressed and coiffed within an inch of her life.

No one quite believes in any other person.

We might believe in an idea absolutely, but not in another human being, yet I have grown to believe in Kate.

Clothes are an outward manifestation of character and the Duchess’s choices are telling.

They are simple, but there is always a dash of glamour and fun, whether it is a bow on a coat dress, the flirty cut of a circle skirt, tailored coats leavened by bright colours and evening gowns that possess an elegance that is reminiscent of the young Audrey Hepburn as the fictional princess in Roman Holiday.

Kate is a true-life fairytale, but she is no “machine-made princess”, as the writer Hilary Mantel once cruelly described her.

The Duchess is not a bore, clothed only in the sack and ash of discretion.

She is human, even playful, and, according to her friends and family, lives with a warm, mischievous child inside her.

Her choice of charities reflects this — children’s mental health, sport and the outdoors.

A friend says: “There are few sights more real and charming than when she gets down on her knees to have a giggle with the kids.”

As befits a future queen, Kate has grown-up moments and can be surprisingly mature.

She is shrewd and knows how to manage her husband without his being aware that he is managed at all.

William’s love and pride in his wife flashes through any cloud- bursts of malice that even the best marriages are subject to.

The friend told me: “Kate calms and settles William, not only because he adores her optimism and the warmth of the Middletons, but because she genuinely wants him to be happy, and lives for that.”

The Duchess puts her husband first, and it is significant that the first question she asked after their exchange of marriage vows was, “Are you happy?” in the genuine hope that he was.

It does help that Kate, unlike her sister-in-law, has never tried to convince William that he is mentally ill, and bordering on the suicidal.

Someone who knows her well says: “Catherine has a great sense of humour. She loves pranks. It isn’t wit, she doesn’t go in for verbal dexterity.

“In a sense, she under-rates herself when it comes to things like that.”

Kate is human, even playful, and, according to her friends and family, lives with a warm, mischievous child inside her.

The Duchess has admitted she can be introverted and intimidated when confronted by world leaders.

But she holds her own. After last year’s G7 summit in Cornwall, someone who attended the dinner told me: “Everyone just fell under her spell. President Macron, who can be very difficult, looked like a little boy with a crush.

“She doesn’t realise the power she has, or the magic she exerts. It’s quiet but potent and women react to her as warmly as men, because her attitude is so carefully correct. She’s utterly charming, but she never flirts.”

Kate’s power, and the power of the image she evokes, is not to be taken for granted.

The Queen, whom a former courtier says was initially cautious of her grandson’s wife, now regards her as a dark horse made immensely formidable by the years, and more recently by Harry and Meghan’s departure.

“Kate was and is so close to her family, and William likes spending time with them so much that at the beginning the Queen had a few reservations, but all that is history.”

While the two women do not share the deep bond the monarch has with the older Sophie Wessex, the Queen looks upon Kate with affection, gratitude and even a little awe.

The truth is that the Duchess of Cambridge is some kind of freak, in the best sense of the word.

The grace, the bearing, the authority, whatever her age, she is simply superb. And in her unaffected dignity, there is something mysterious and enigmatic about her, like a Golden Age Hollywood star, but with much more class.

As I wrote some months ago, the Royal Family, composed as it is of human beings, can throw us some curve balls.

So far, we have overlooked these in the hope of getting something better.

In Kate, we have found a jewel as rare as a flawless emerald, a beautiful and charming woman with the optimism of youth and the wisdom of experience.

To paraphrase Shakespeare, and to express a sentiment I believe the nation shares: “You are called plain Kate and bonny Kate . . .  and the prettiest Kate in Christendom . . .  and therefore Kate, take this of me, Kate of my consolation.” 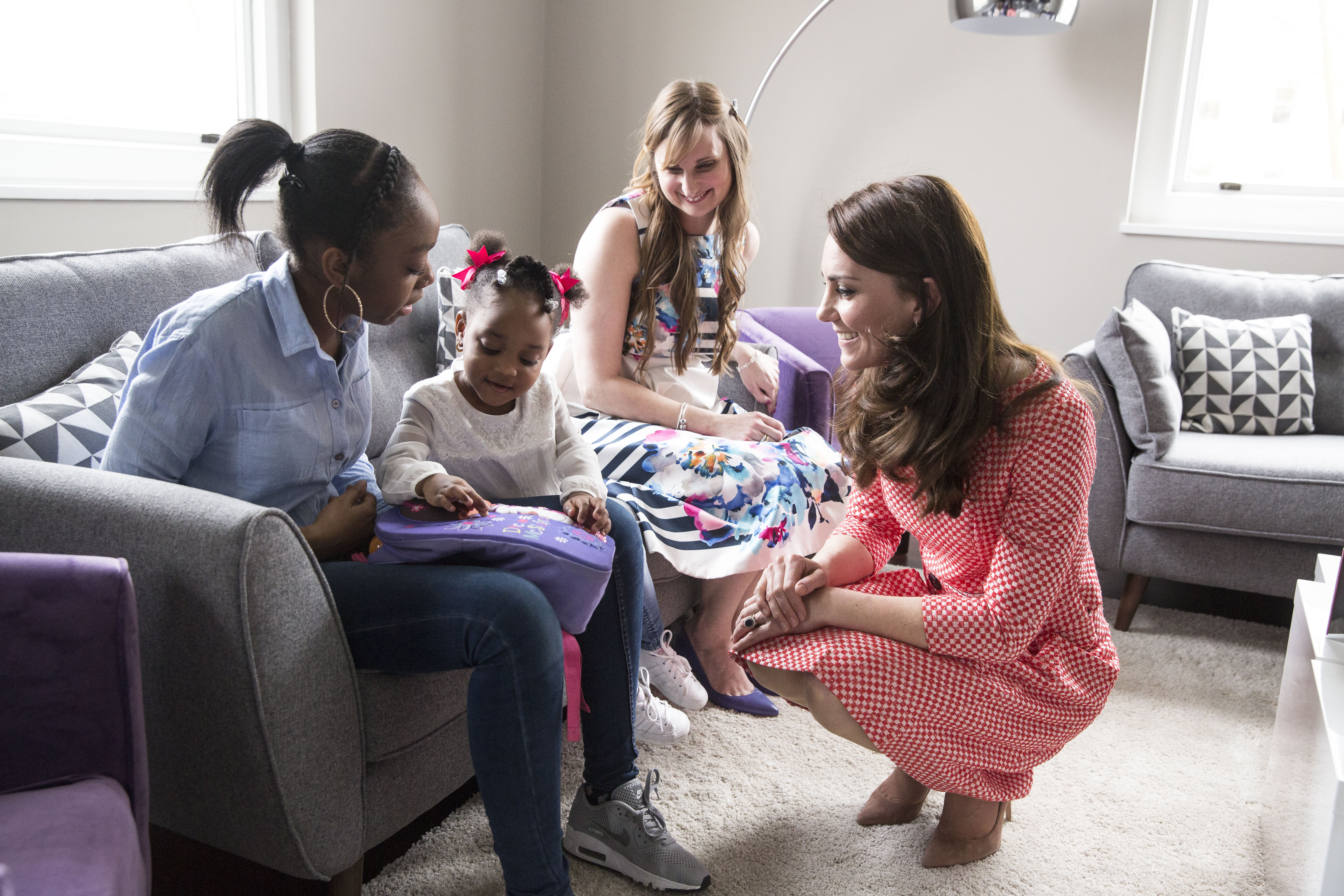 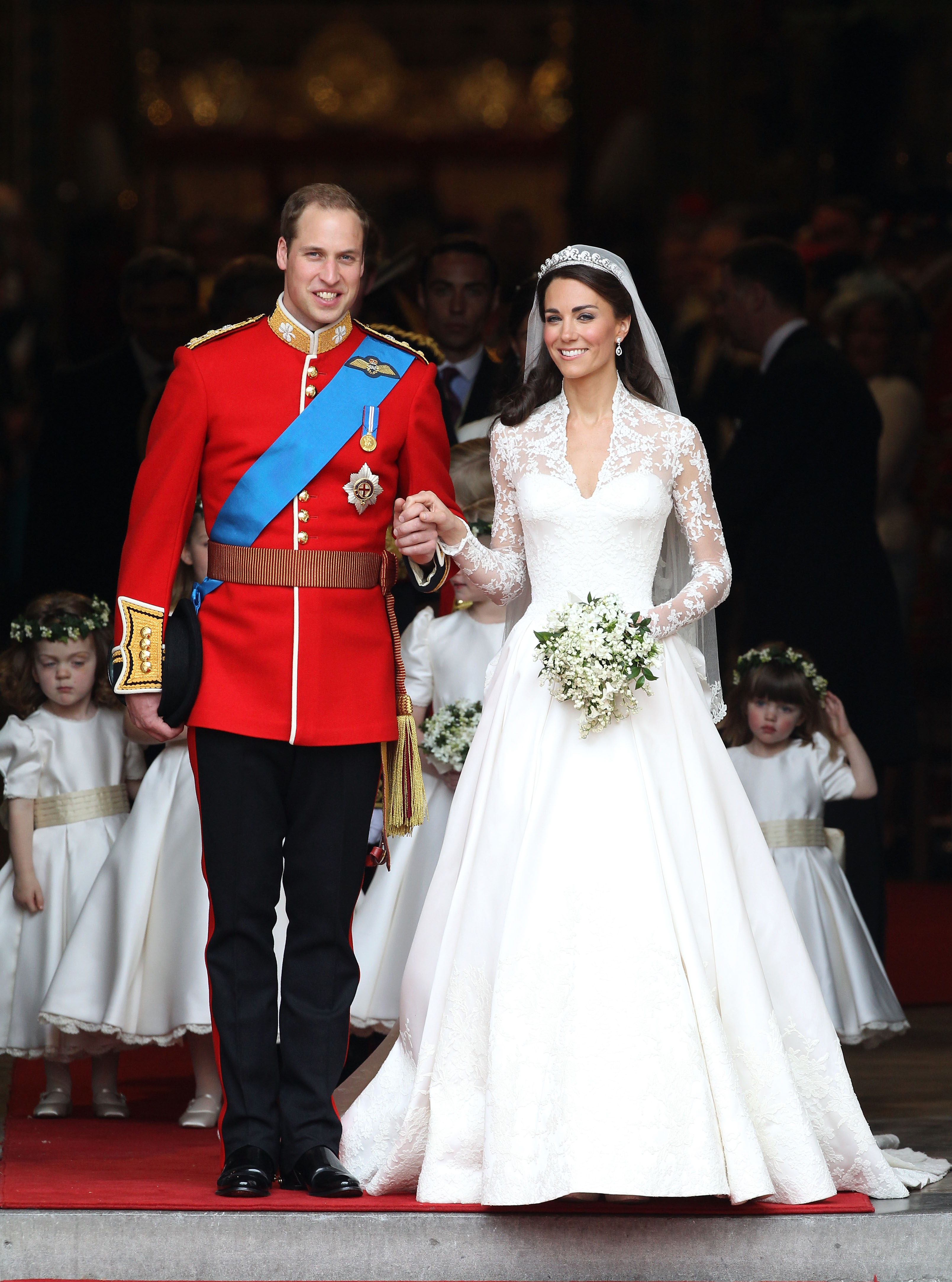 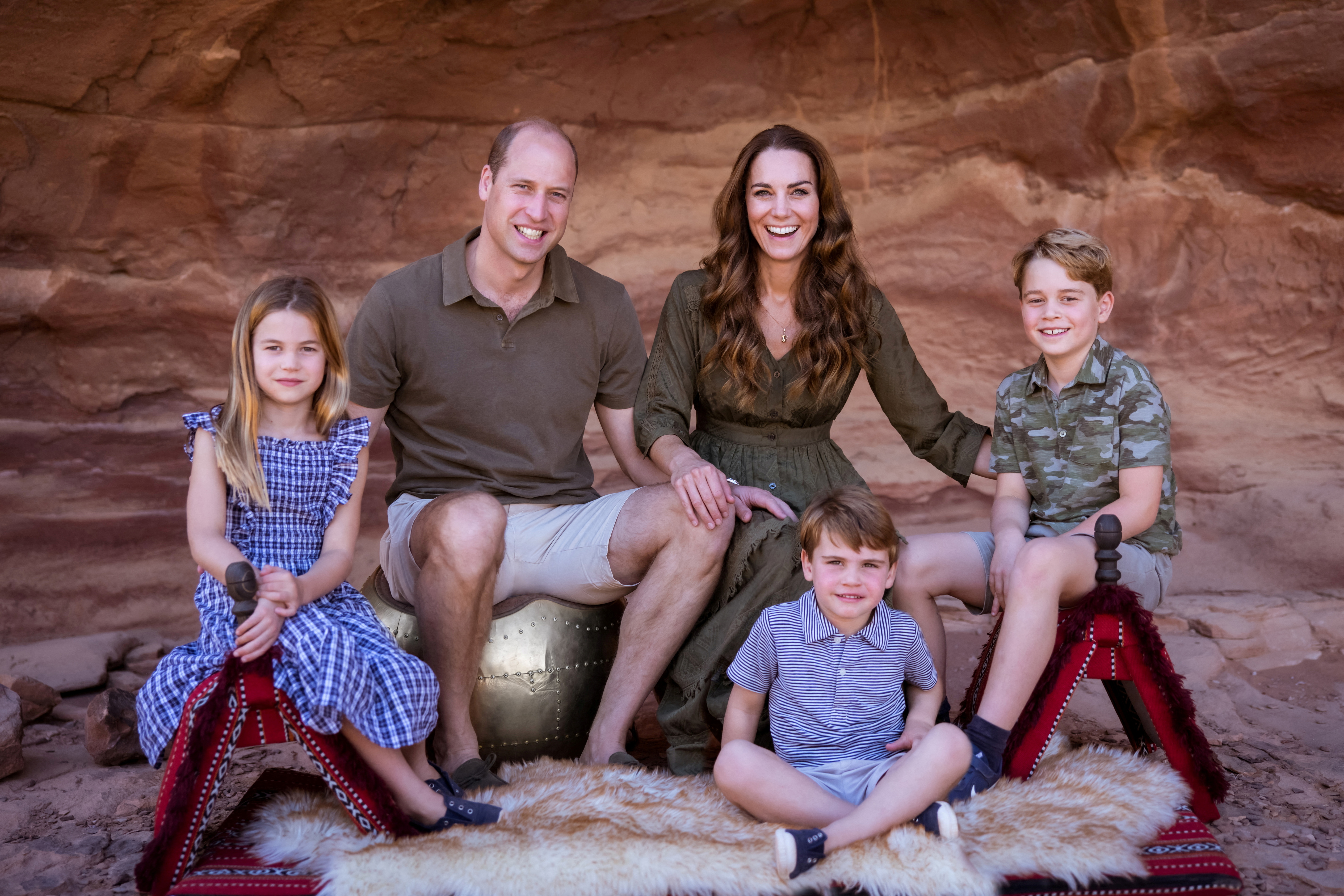 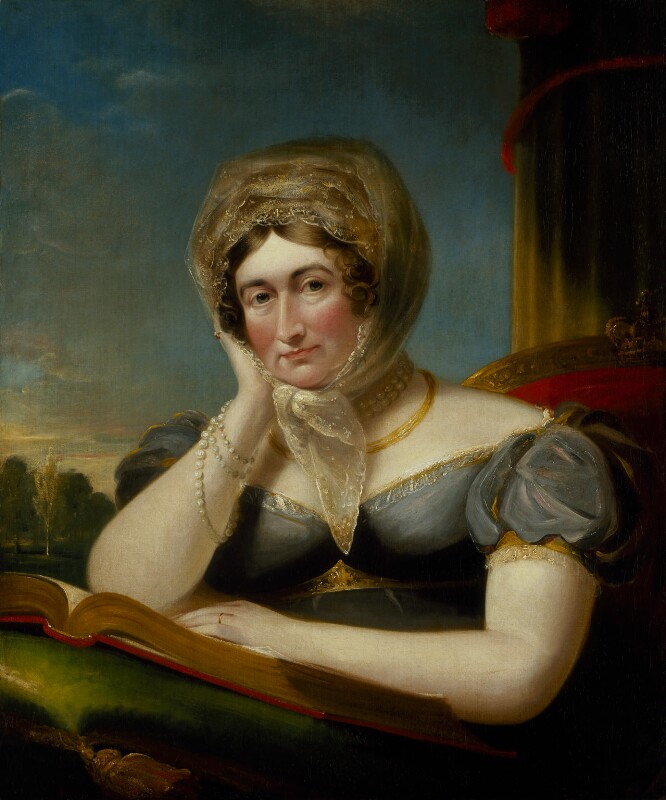 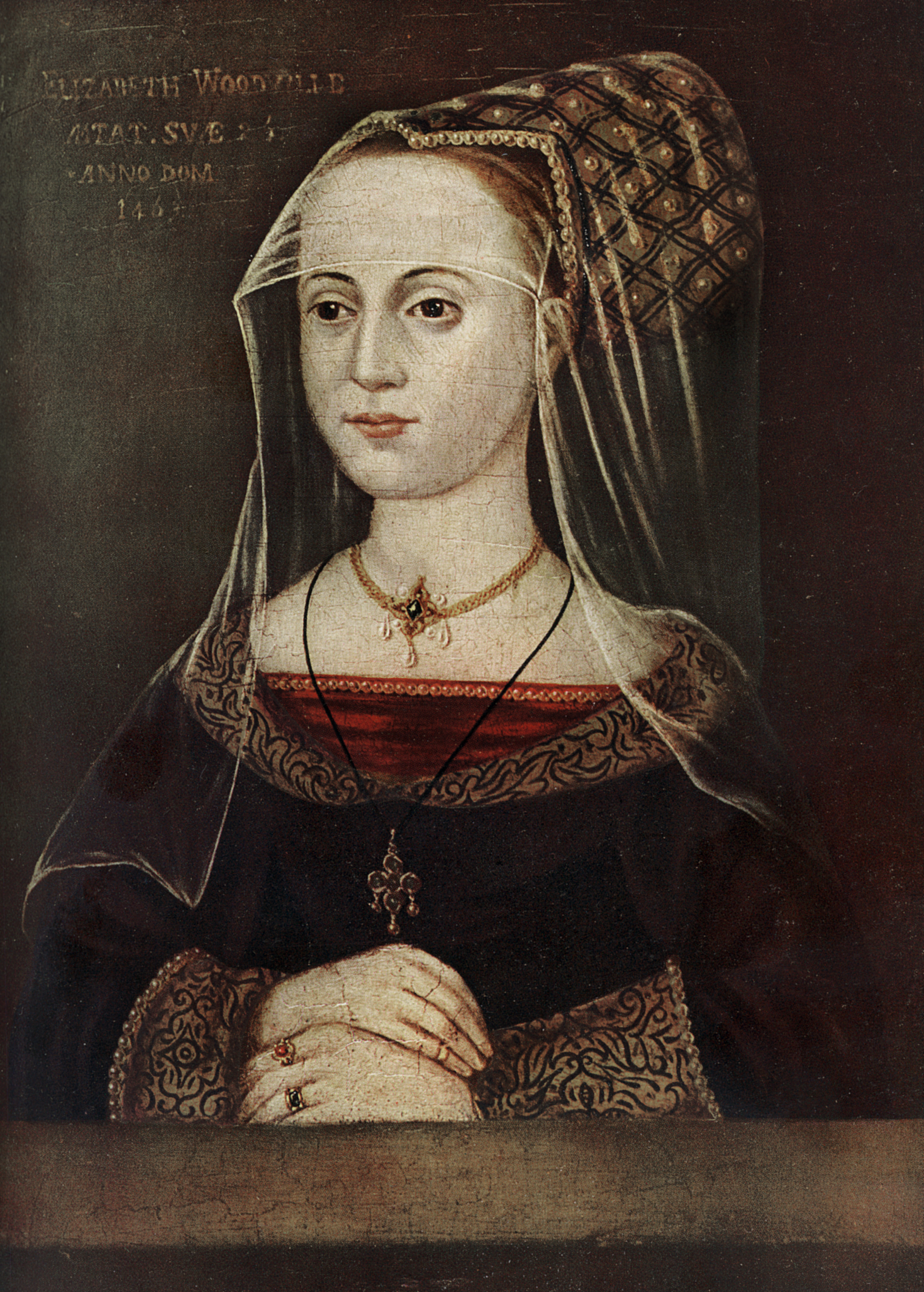