Meghan Markle, 39, and Prince Harry, 35, live in California, having stepped back from royal duties last year. Yesterday, the couple surprised a group of young poets by dropping in on their online poetry class.

Her long hair was styled in natural waves.

Fans of Meghan took to Twitter to compare her look with the outfits of her Suits character. 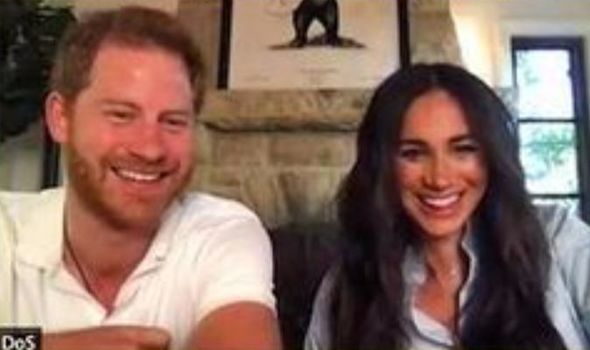 Many fans noted how similar Meghan’s shirt was yesterday to how Rachel Zane used to dress.

“Big Rachel Zane energy with this look and I’m here for it,” commented one Twitter user.

Another Meghan fan wrote: “The throwback! I love it.”

Others commented on the Duchess’ hair, with one Tweeter saying: “Her hair is so thick and I’m loving it!”

Rachel Zane was a paralegal, known for her tireless quest to become a lawyer, but her outfit choices were just as notable as her career steps.

For her role as Rachel, Meghan was often seen in leather pencil skirts, buttoned cardigans, and heels.

She also had a vast collection of collared shirts, which she wore unbuttoned at the top.

Rachel’s signature white or light-coloured shirts, which she paired often with a small circular pendant on a fine chain, were very similar to the shirt Meghan wore yesterday. 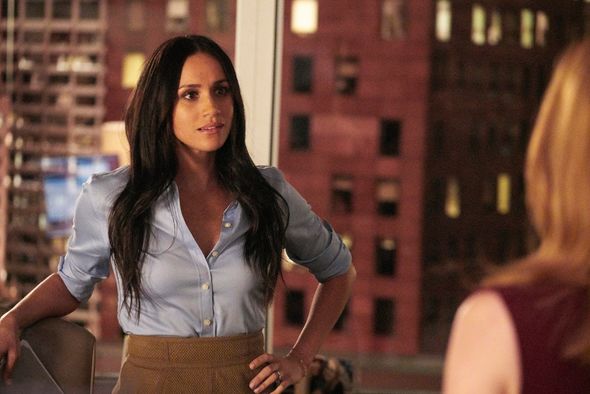 Experts have noted that Meghan’s outfit choices have become more casual since she and Prince Harry decided to quit their royal duties.

The Duchess has often been seen in similar shirts to the one she wore yesterday, paired regularly with blue jeans and sustainable leather Veja trainers.

Even when she participated in royal duties, Meghan was a fan of casualwear.

She wore a white shirt and blue denim jacket in South Africa, during a royal tour with Prince Harry in September 2019. 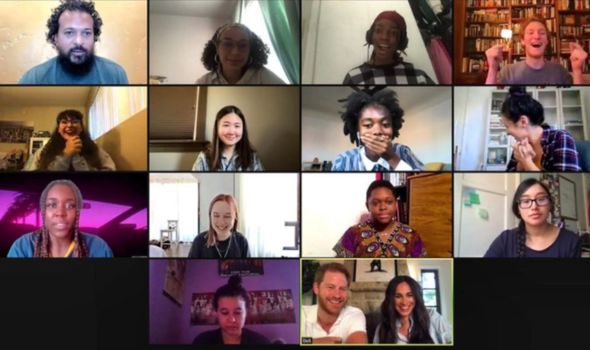 While watching a Wimbledon tennis match that same year, she wore a white pinstripe blazer and a plain black top, paired again with a pair of denim jeans.

Meghan and Harry appeared on Zoom yesterday to surprise the young people involved in an event organised by Get Lit, a non-profit arts education organisation based in California.

The couple wanted to show their support of the organisation as it recently launched its first virtual anthology, which featured poems by black authors and poets, in honour of Black History Month.

Meghan also shared a few of her favourite poetry lines during the online class.