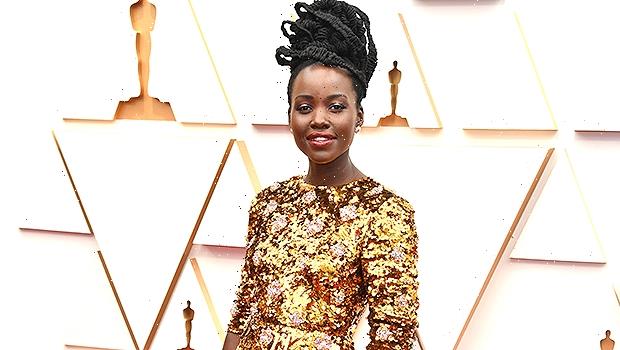 The Oscar winner, who is presenting at this year’s show, proved worthy of her fashionista status in a stunning Prada gown. See the pics!

Lupita Nyong’o looked every inch the fashion icon at the 2022 Academy Awards, where she will be presenting an Oscar for the star-studded event. Arriving to the Dolby Theatre in Hollywood on Sunday (March 27), the gorgeous actress, 39, set temperatures soaring on the red carpet in her metallic gold Prada gown featuring a dazzling array of fringe! 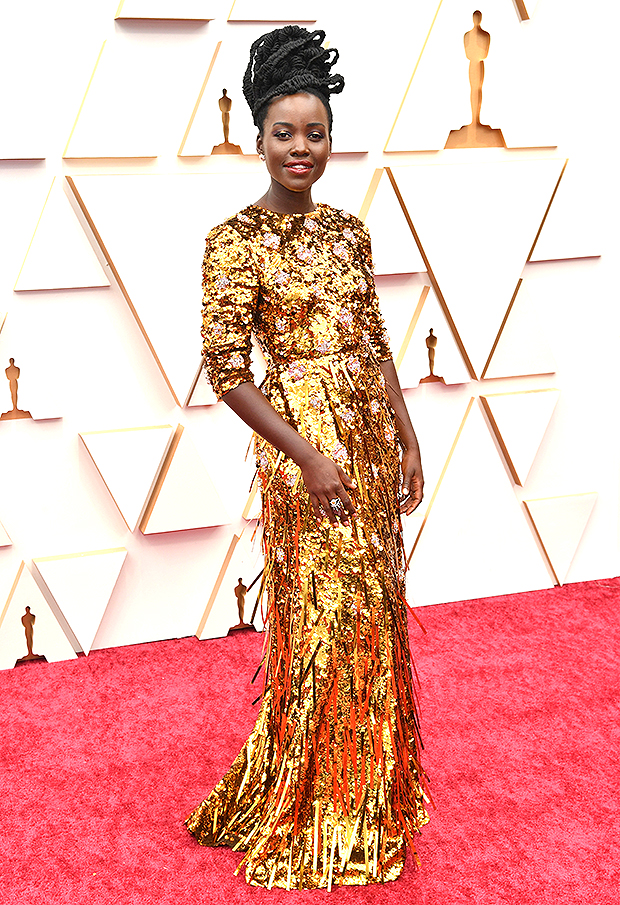 The “Us” alum dared to impress in the fabulous ensemble, which featured delicate pink rose embroidery. Her makeup was minimal with just a touch of deep red lipstick, allowing her natural beauty to shine. She kept her trademark raven tresses in braids and worn up in a fabulous bun, as she let the dress do the talking by going accessory-free!

Lupita is no stranger to the prestigious awards show, as she took home Best Supporting Actress in 2013. She became the first African to win an Oscar when she accepted the award for her portrayal of a slave named Patsey in Steve McQueen’s historical film 12 Years a Slave. In a 2019 interview with Oprah Winfrey, Lupita recalled the moment her name was announced. “I remember just feeling so grateful. … I was very aware that the joy in my life had come from so much pain,” Lupita said, acknowledging that her character, Patsey, was a real woman.  “I definitely felt like I was a vessel to tell her story,” she added. 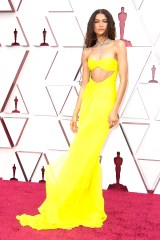 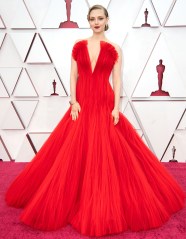 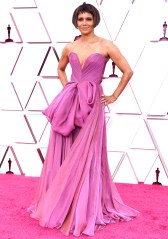 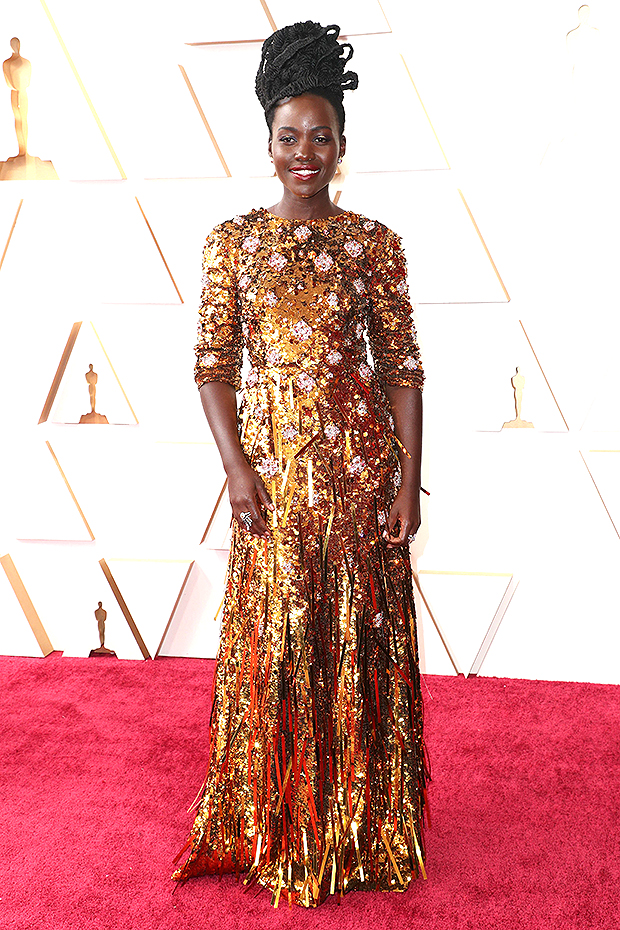 This year’s Oscars is returning to all its glory after the last two iterations have had restrictions in place due to the pandemic. In front of a packed, live audience, Lupita — along with Daniel Kaluuya, Wesley Snipes, Naomi Scott, Mila Kunis, and John Travolta — will be handing out the coveted awards throughout the evening.  Lady Gaga, Chris Rock, Rosie Perez, Yuh-Jung Youn and Zoë Kravitz were previously announced as presenters as well.

“Movies inspire us, entertain us and unite us across the globe,” Oscar’s producer Will Packer said in a statement. “That’s the precise goal of the show this year, and we’re thrilled to welcome the first of a stellar lineup joining the Oscars stage to help us celebrate the power of film and honor the year’s best in filmmaking.”