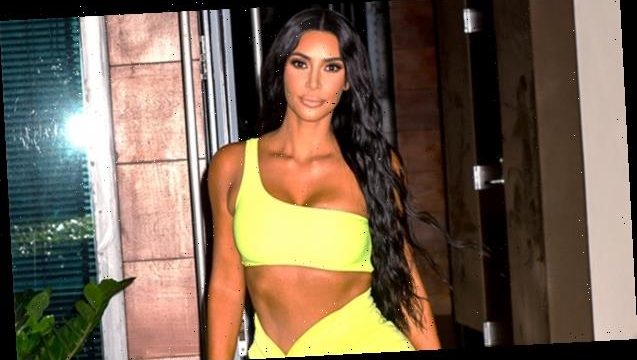 Kim Kardashian celebrated a successful SKIMS shoot by wearing the whipped cream she used as a prop on set! In a series of sultry new videos, Kim’s makeup artist draws on her toned tummy with the dessert topping!

Kim Kardashian treated fans to an up close and personal look at her six-pack abs on Sunday night. The SKIMS founder — whose new dessert-themed Valentine’s Day campaign includes sisters Kylie, 23, and Kendall Jenner, 25 — had a little fun on set after the shoot wrapped. In new throwback videos she shared to Instagram, Kim can be seen lying down on her back in a tiny SKIMS thong, while makeup artist Ashley K Holm spells out the brand’s name in whipped cream on her stomach. Kim also posted the behind-the-scenes clips, as well as the finished whipped cream photo, to her Instagram feed.

The mother of four set the internet ablaze on February 14th, when she revealed the latest SKIMS campaign alongside her two youngest sisters. The trio modeled various intimate apparel pieces from the undergarment go-to — including red, black and white lingerie, along with SKIMS’ limited-edition capsule collection of sexy and micro styles.

The new SKIMS campaign comes after the January launch of SKIMS’ “gravity-defying” hosiery and tops. Kim, who’s also preparing to take the Bar exam (one of the final steps in her education to become a lawyer), has been busy with work and spending time with her kids amid looming divorce rumors with husband Kanye West. Since her 40th birthday in October, there’s been much speculation that Kimye’s marriage has hit a tumultuous point of no return. 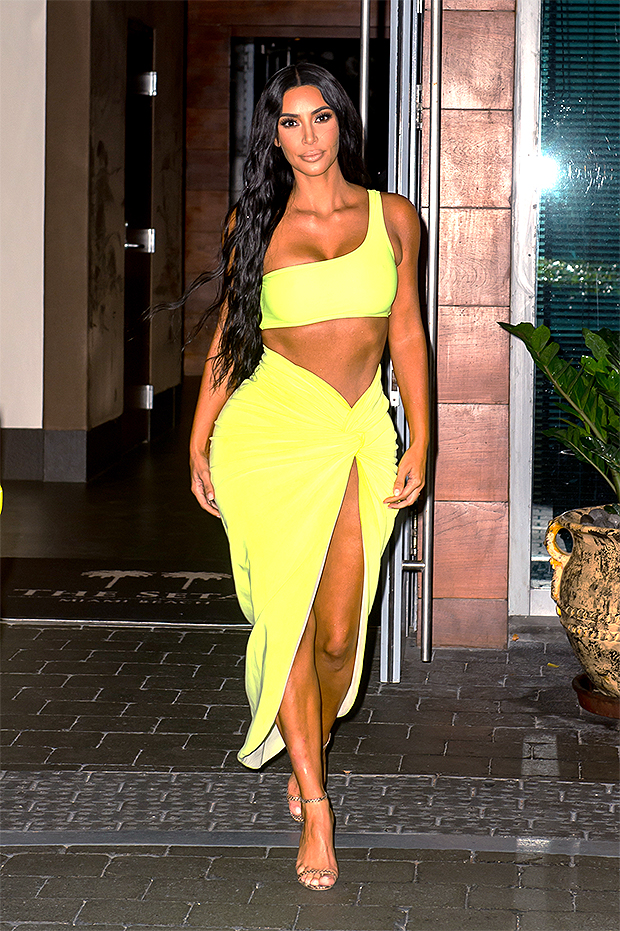 In December 2020, a source told HollywoodLife that Kim and Kanye were “struggling to stay together as a couple and have for quite some time now,” adding that they were “living separate lives.” On January 5, multiple reports surfaced, which claimed the longtime couple, who tied the knot in 2014, are getting a divorce. Adding to the split speculation, Kim has been ditching her wedding ring on social media.