KATE Middleton wowed onlookers at Royal Ascot today as she arrived in a stunning polka dot dress that was remarkably similar to one worn by her mother-in-law Princess Diana.

The Duchess of Cambridge looked effortlessly elegant as she led the Royal procession with the Duke of Cambridge in Berkshire this afternoon. 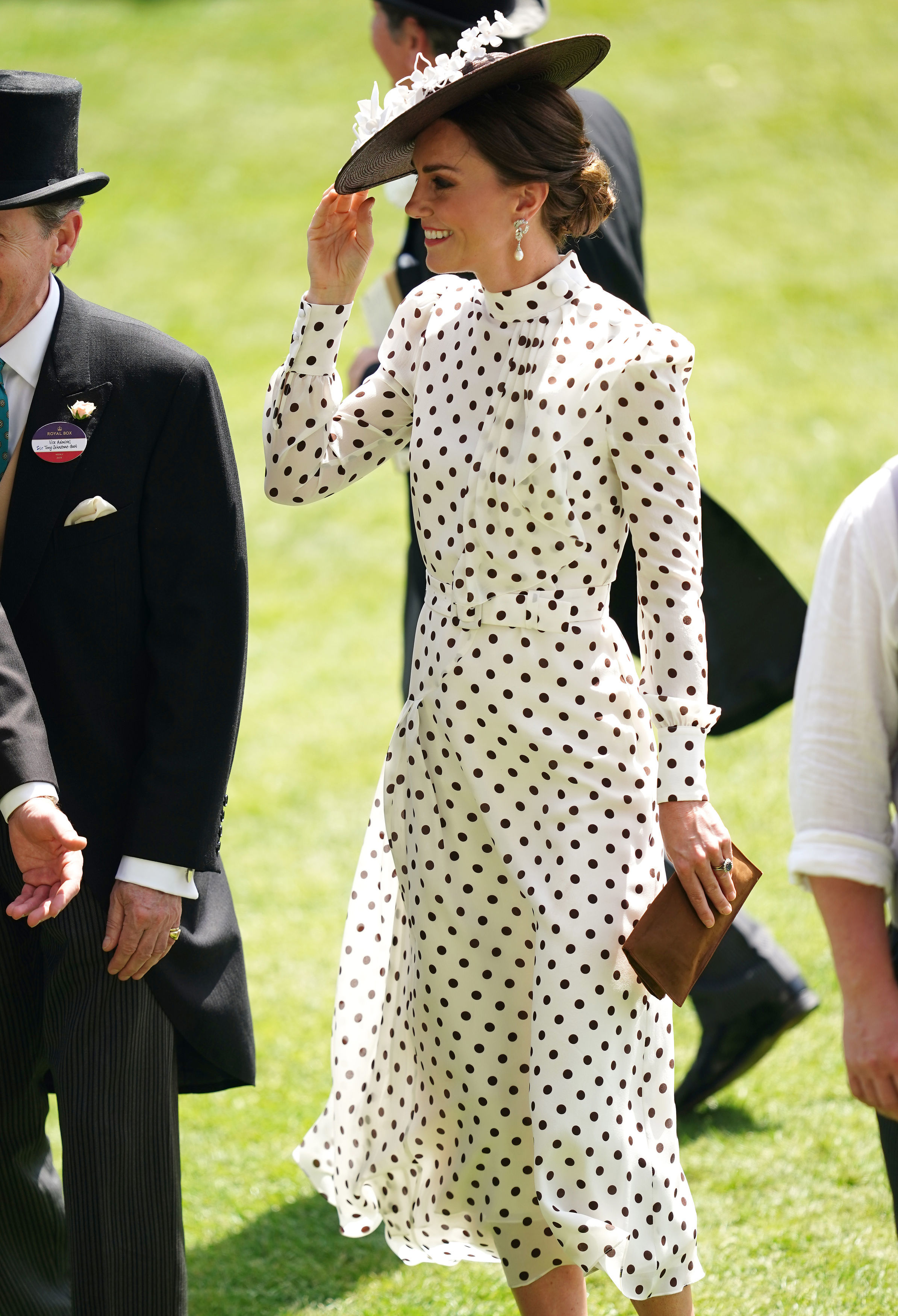 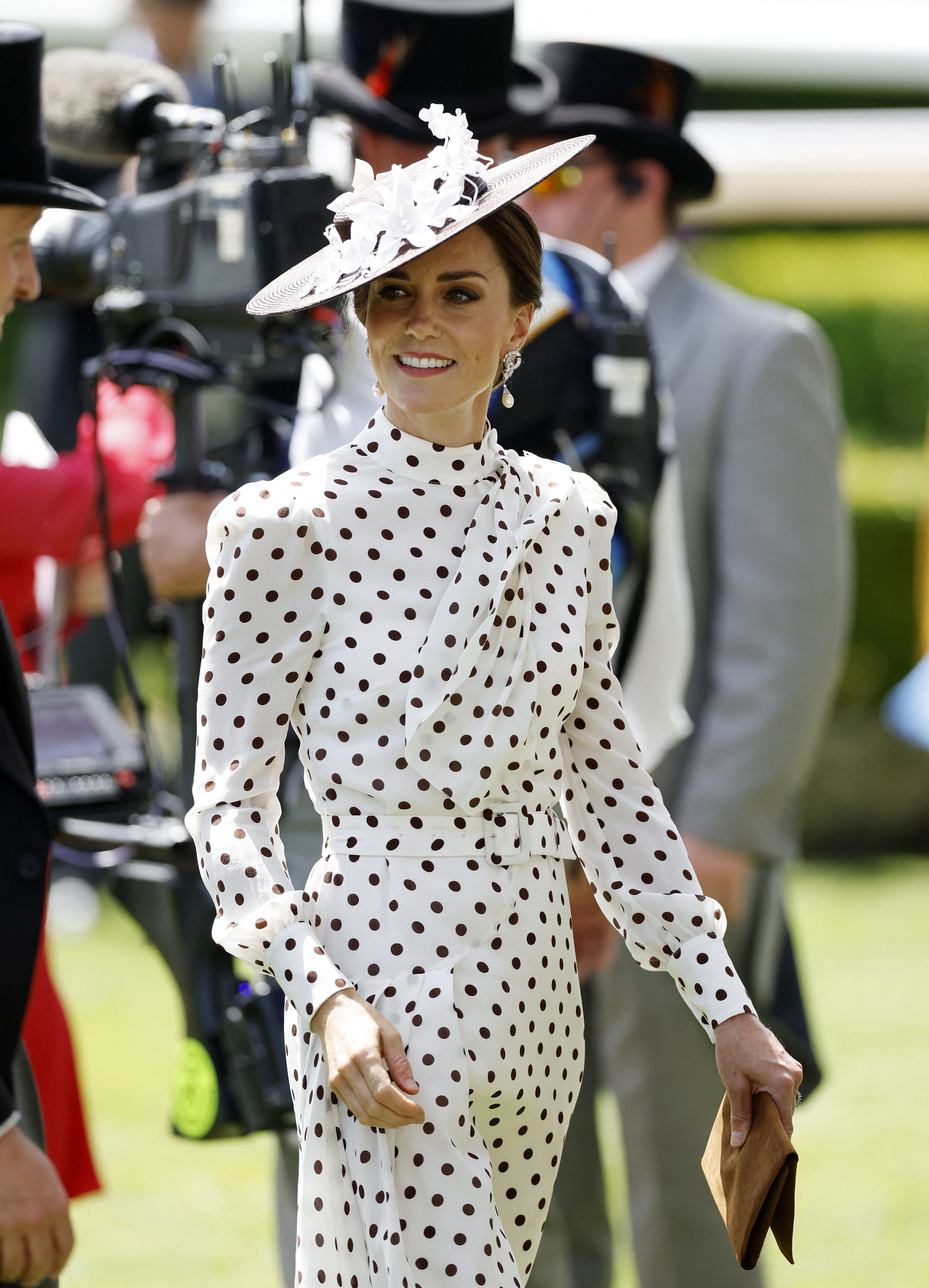 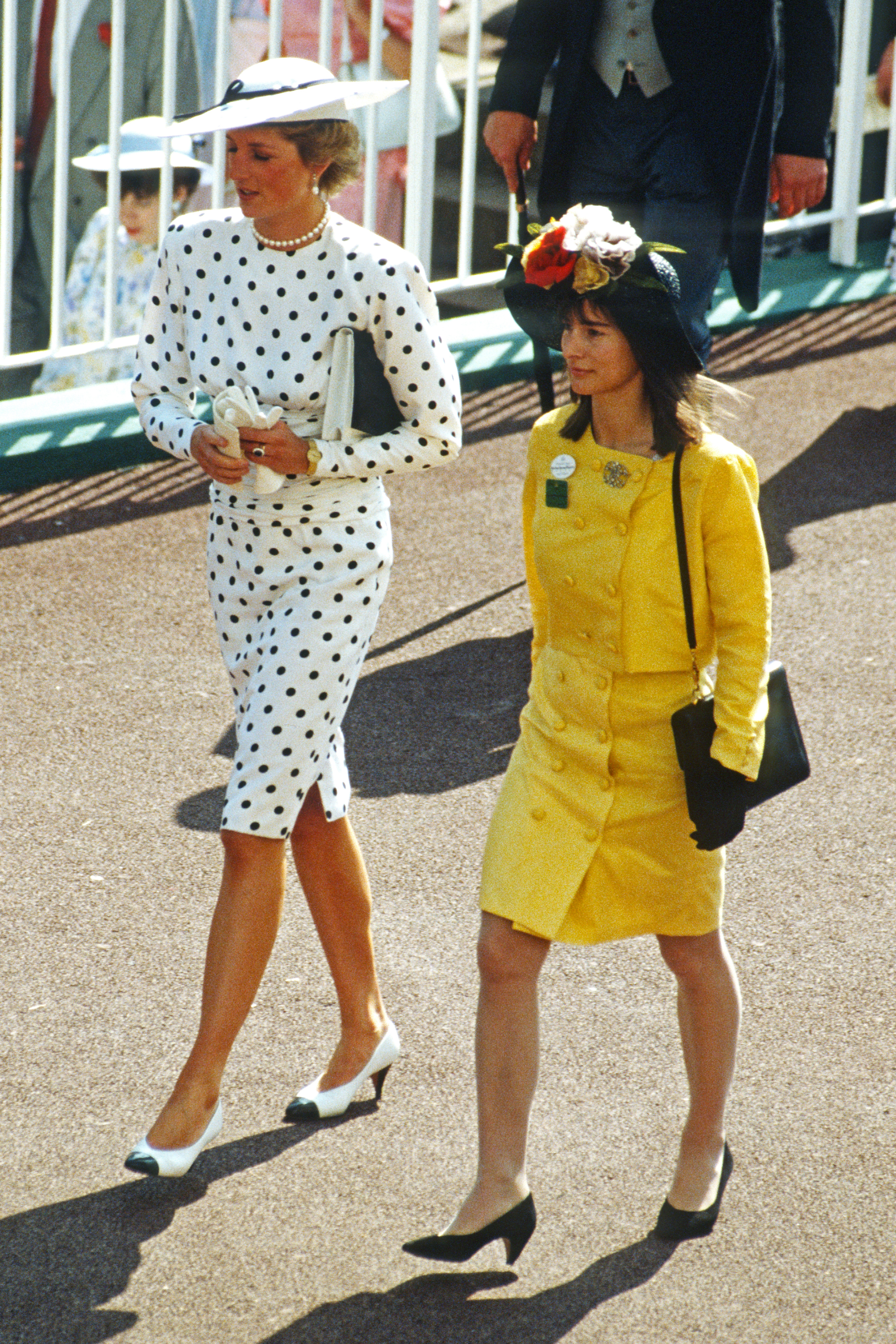 This is the second time Kate's worn the stunning accessories, after adorning herself with them for the red carpet at the BAFTAs in 2019.

However, eagle-eyed royal fans may find the ensemble rather familiar as it appeared to be a tribute to the late Princess of Wales.

Princess Diana wore a similar outfit to Ascot in 1988.

Read more on the royals 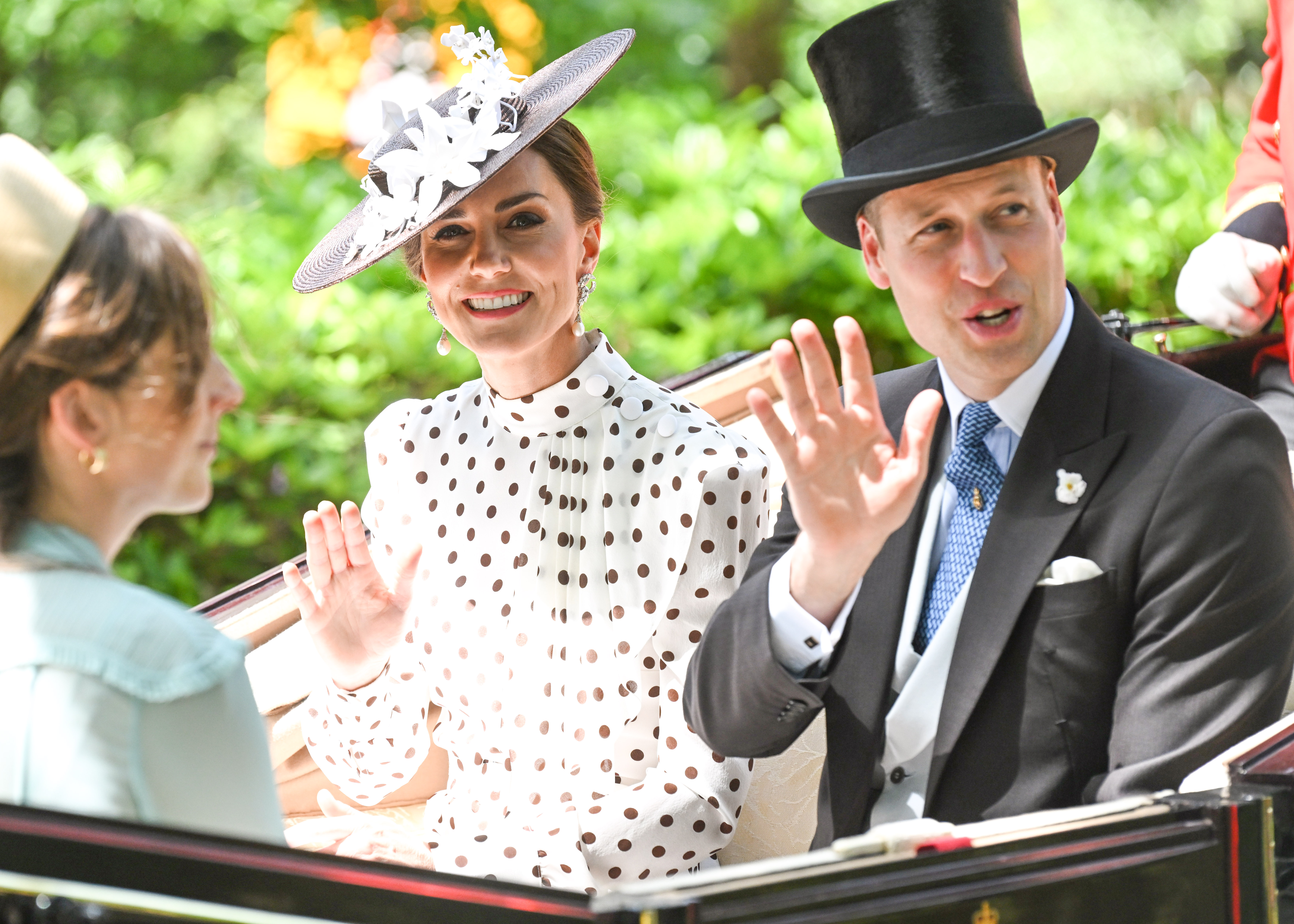 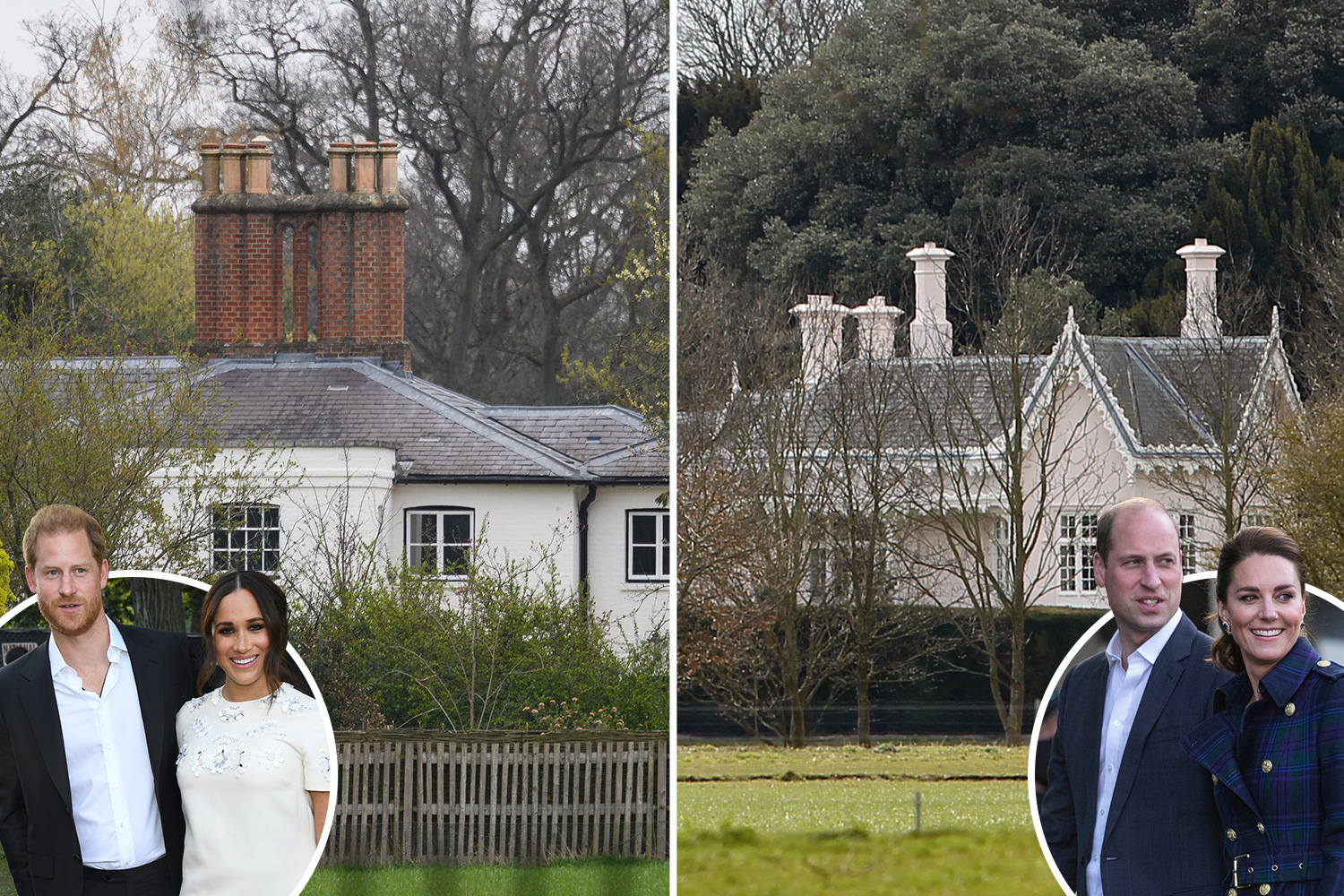 Princess Diana's white dress with black polka dots sat on her knee and she wore a matching polka dot hat.

The late royal paired the pretty frock, complete with waist ruching, with a pearl necklace and the striking drop pearl earrings.

While Kate's dress was slightly longer skimming her calf and had a bow detail at the top and a matching belt.

She also wore the famed earrings as well as a chic white hat at a slight angle. 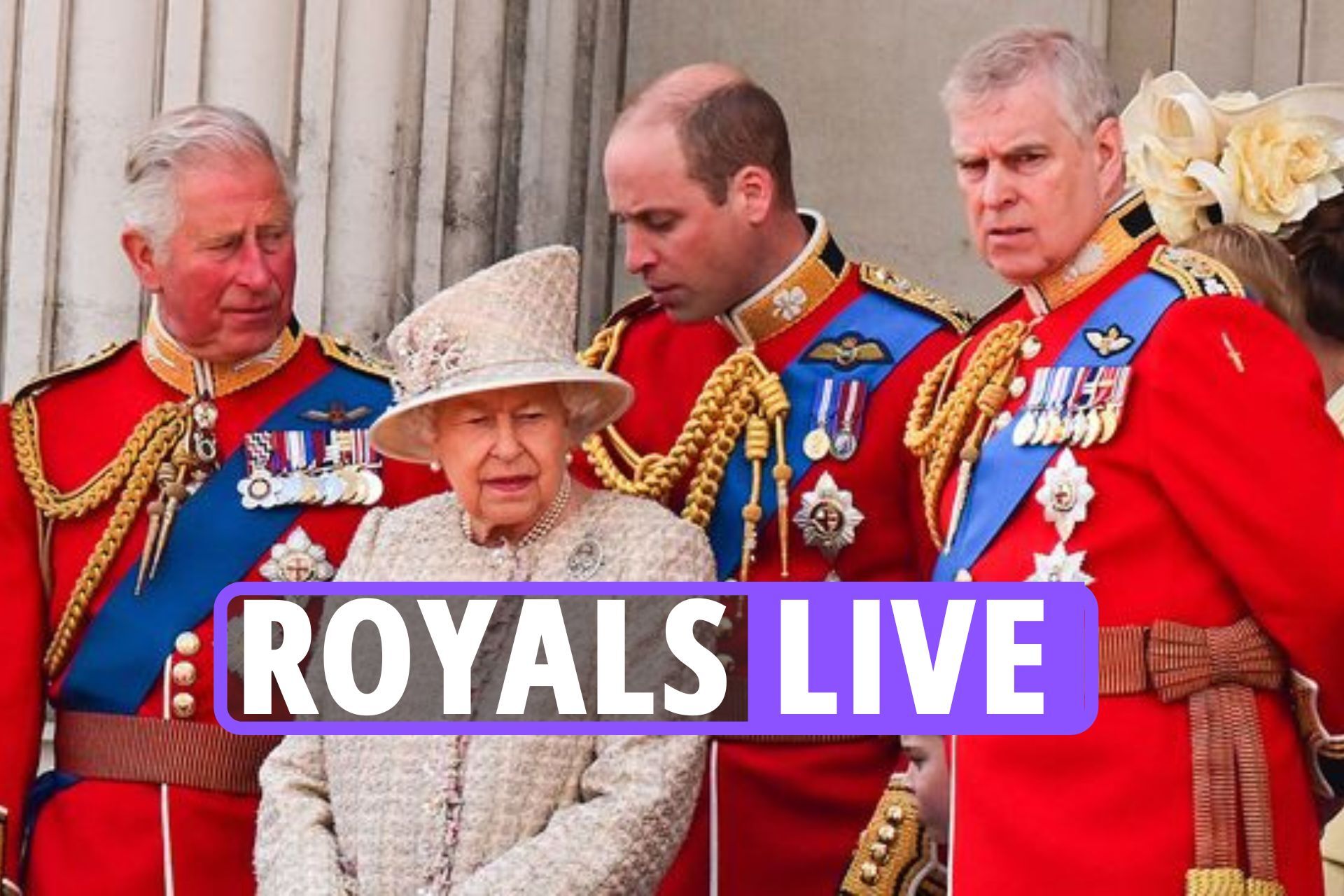 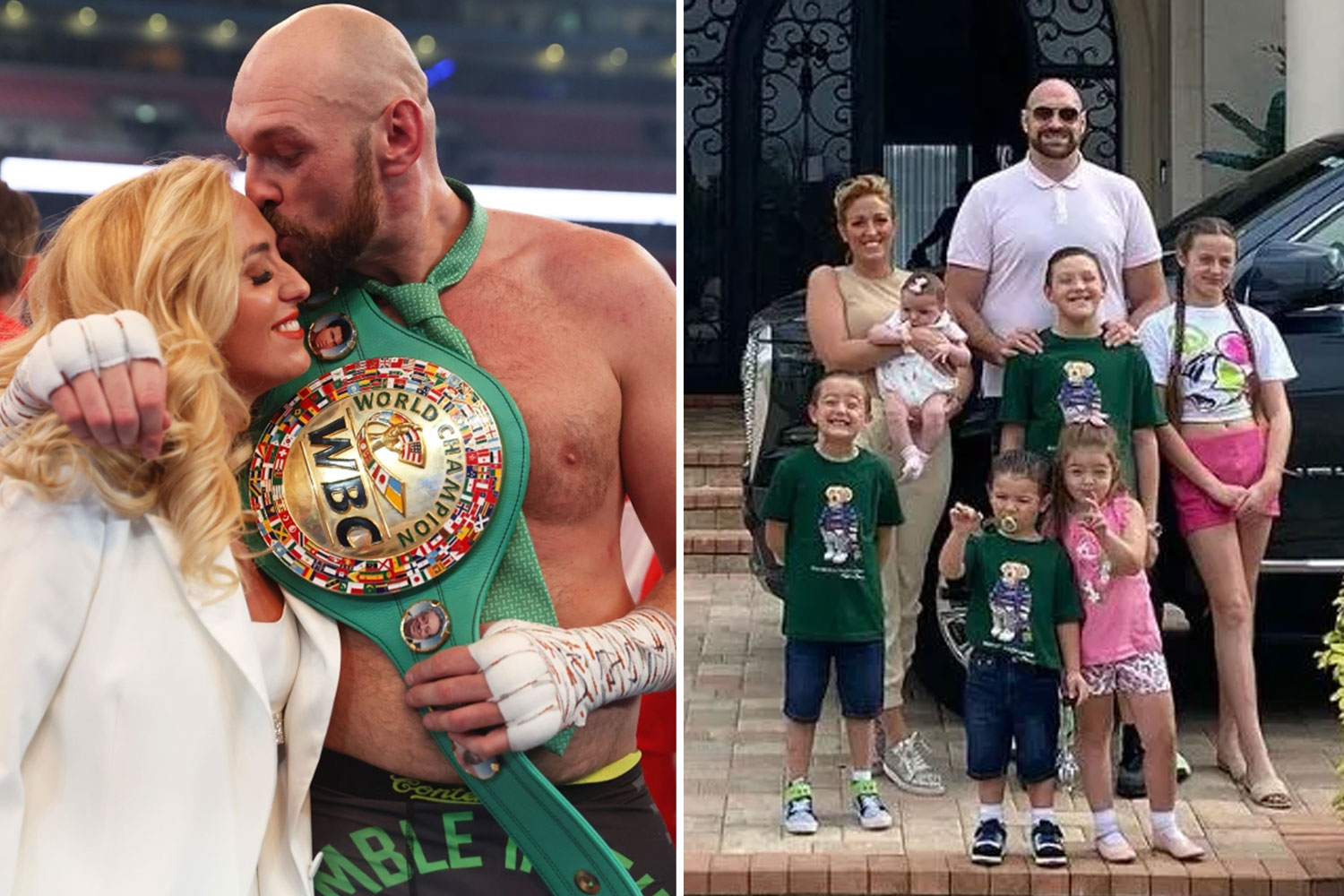 Paris & Tyson Fury’s family just got bigger, but you should avoid the new member 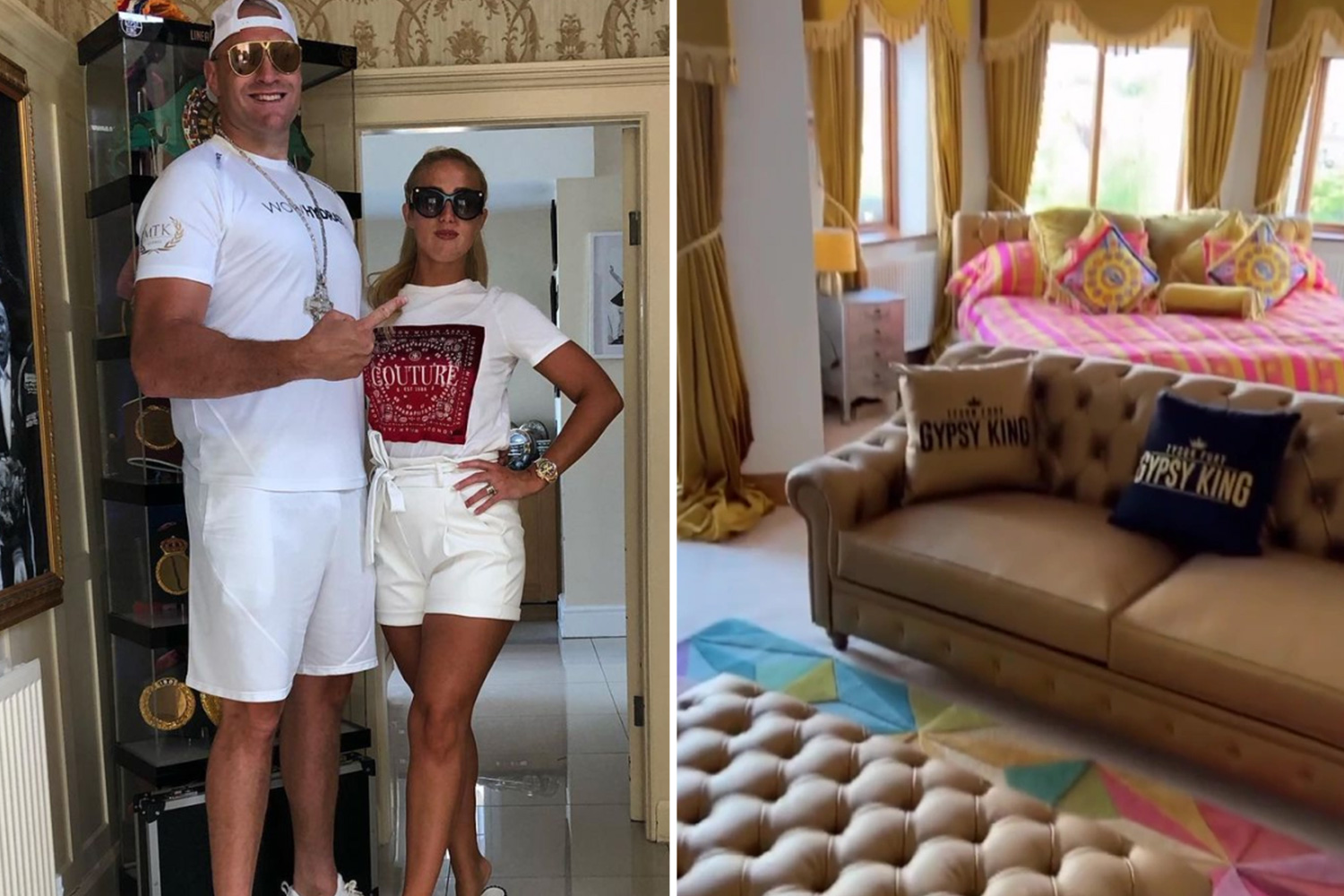 Paris Fury shares inside her glam home, including their lavish gold bed

The royal duo couple have not attended Royal Ascot since 2019 and waved at cheering onlookers as crowds in the parade ring caught a glimpse of them.

And Kate, 40, was later left open-mouthed with joy when she appeared to pick a Royal Ascot winner.