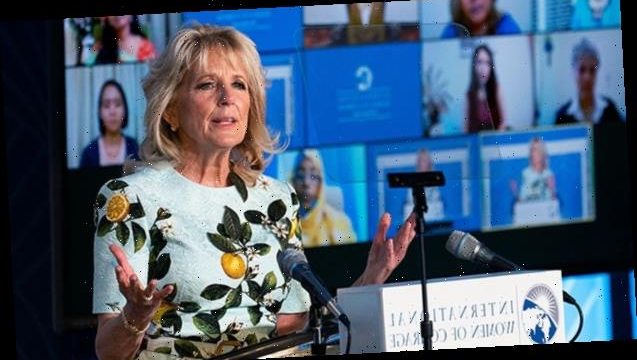 Was Dr. Jill Biden’s pretty lemon-printed dress a nod to Meghan Markle after her Oprah interview? The duchess wore an almost identical dress from the same designer recently.

Dr. Jill Biden didn’t mention Meghan Markle by name on International Women’s Day, but some fans are convinced that she paid tribute to the Duchess of Sussex anyway with her chic Oscar de la Renta dress. After all, Markle wore nearly the same lemon-printed frock for an event just two weeks earlier. Biden’s sartorial moment came just one day after the royals’ explosive tell-all with Oprah Winfrey. 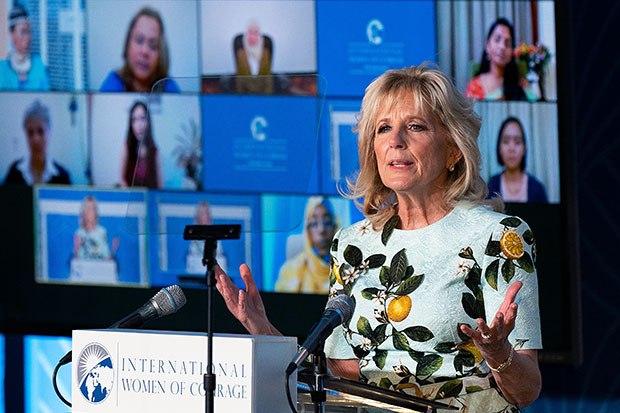 Biden attended the 2021 International Women of Courage Awards wearing the sky blue sheath dress featuring short sleeves, a modest neckline, and a slim belt. The dress, which currently retails for $2890, is covered in lemons and leaves. The fashionable first lady accessorized with a protective face mask made from the same luxe material. If the frock looks familiar, that’s because Markle wore a drop-waist dress from the same Oscar de la Renta “Citrus” collection for the Spotify Stream On event on February 22.

Markle’s version for the event, in which she and Prince Harry discussed their podcast, was sleeveless with a full skirt and a high neckline, crafted from baby blue fabric embroidered in the same lemon pattern. It retails for $3490 if you’re in the market. Twitter users immediately recognized the similarities in Biden and Markle’s outfits and mused if there was a deeper meaning to the first lady’s selection. 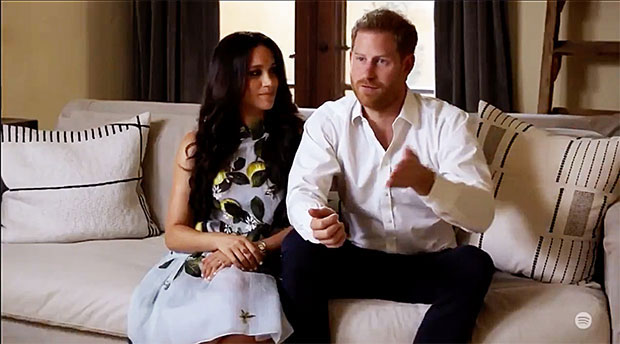 Markle opened up about her experience as part of the royal family in an interview with Oprah on March 7. Among other revelations, Markle described the time a member of the family expressed “concern” about how dark her unborn son’s skin would be, and spoke about having suicidal thoughts during her pregnancy. The White House did send support to Meghan after the special.

“Obviously many of us caught the interview, as many Americans did and many people around the world For anyone to come forward and speak about their own struggles with mental health and tell their own personal story, that takes courage,” White House Press Secretary Jen Psaki said On March 8. “That’s certainly something the president believes.”