A SUPER cleaner’s gut-churning before and staggering after photos show how she turned a squalid hovel with FIVE foot high mounds of putrid rubbish into a sparkling home.

Kerrie Mills needed full PPE to tackle the flat filled with scores of pizza boxes, rotting takeaways and “liquified bread” and said the stench was so bad it stuck to her skin. 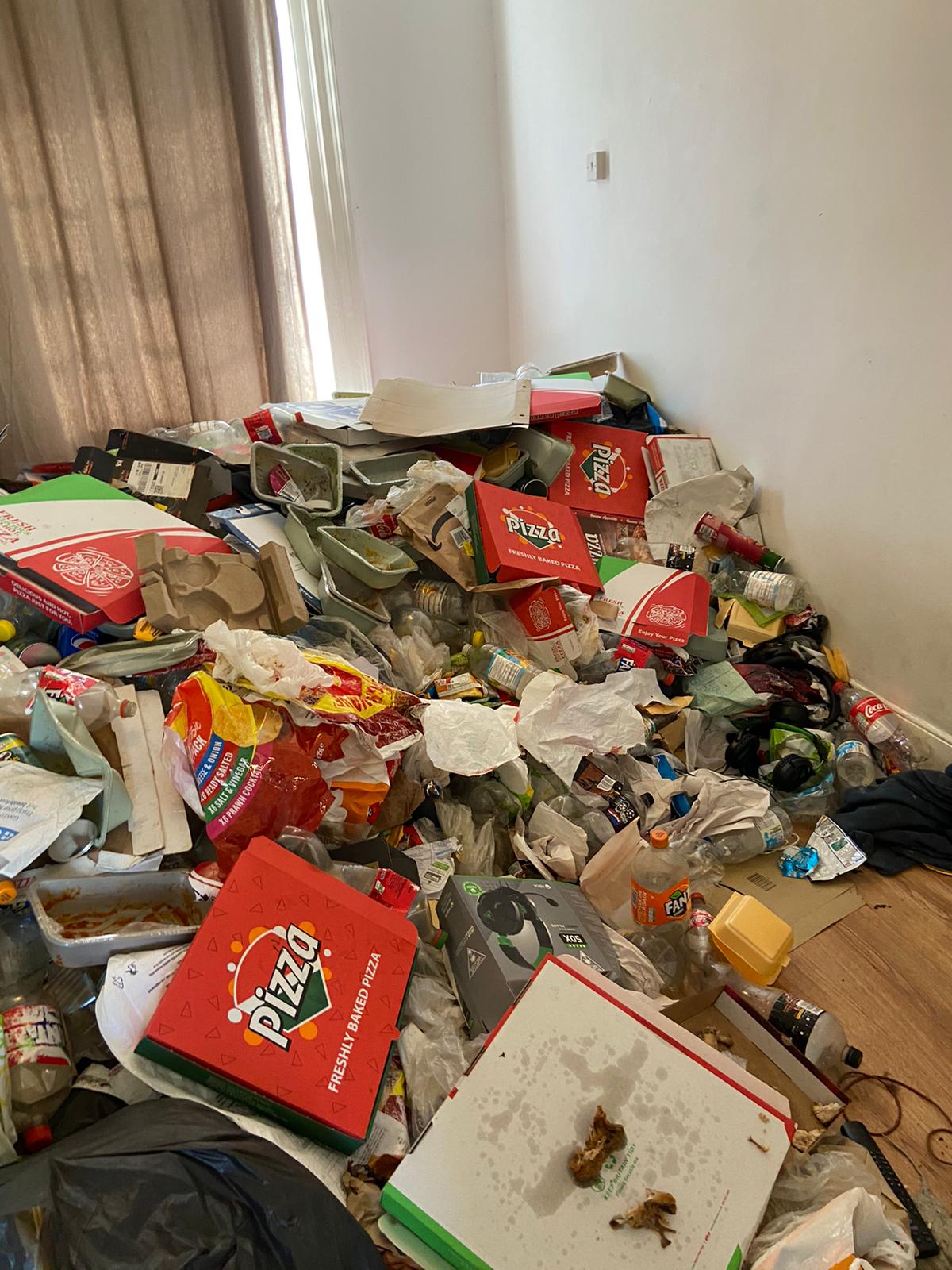 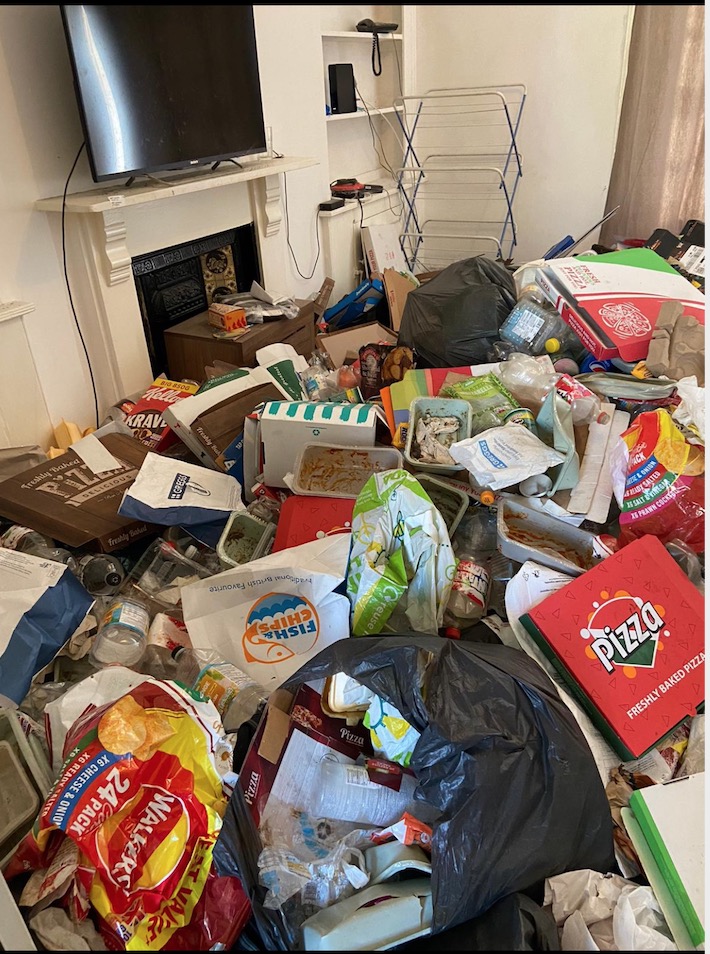 The eyesore hadn’t been cleaned for two years and Kerrie needed 152 black bin bags to shift all the rubbish, which included “2,000 plastic bottles”.

And she needed one bottle of cleaning acid and four bottles of bleach to tackle the rancid toilet.

Kerrie says the stench of the rotting detritus stuck to her skin during the mammoth three day job to clean the flat, from Friday to Sunday.

The pong was so bad that people would literally cross the road to get down wind of her, she says. 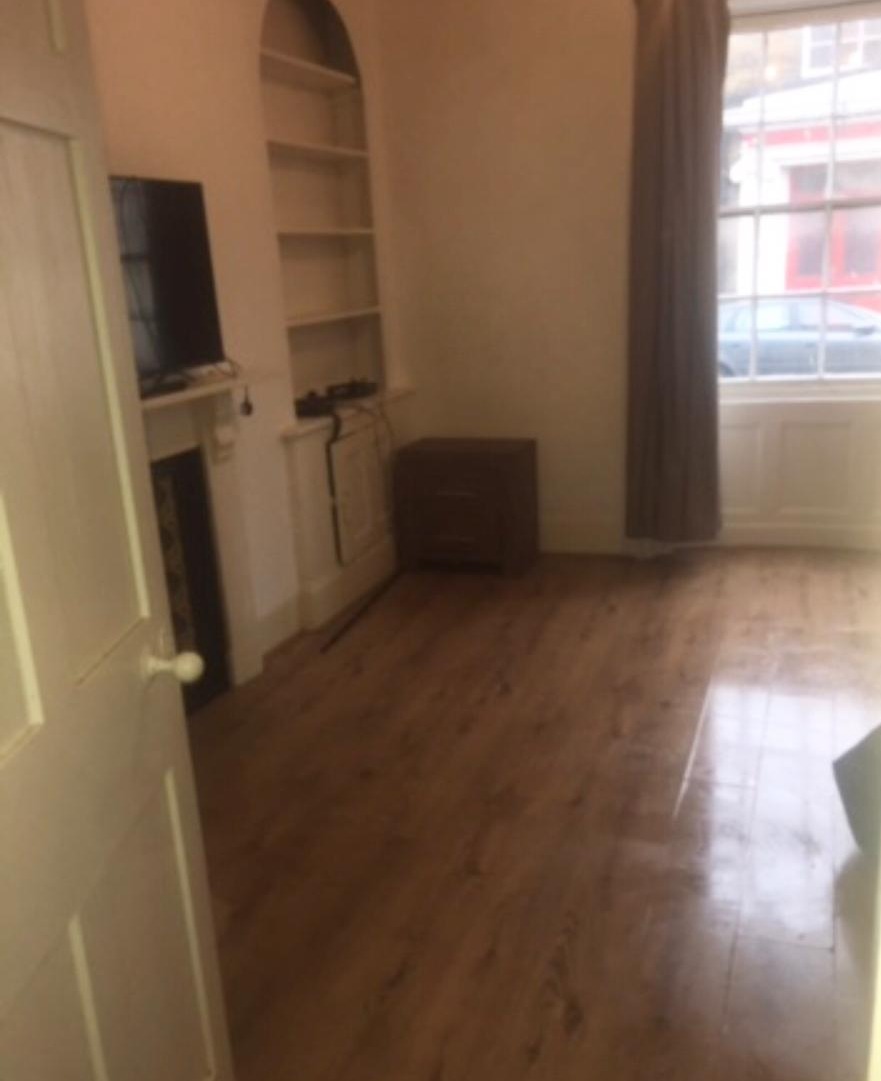 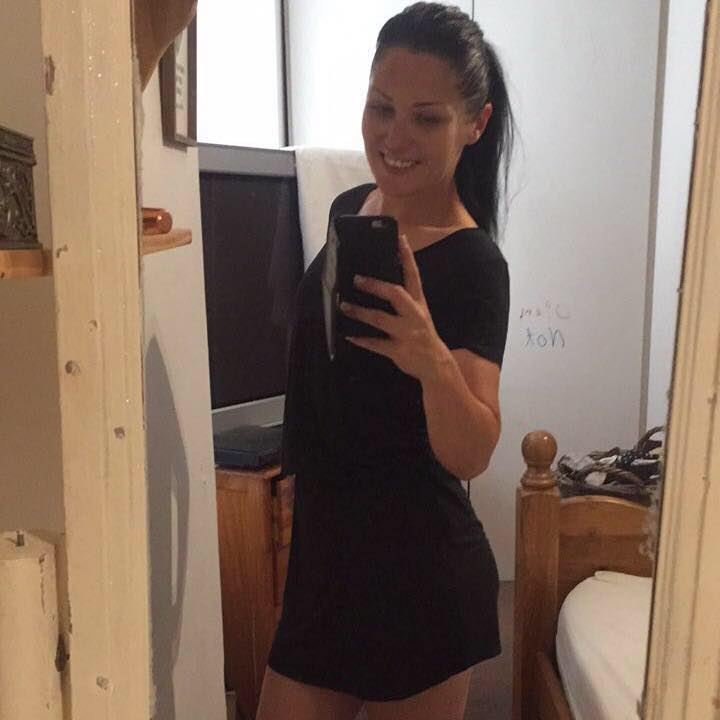 But the single mother-of-one, 36, of Folkestone, Kent, says it was all worth it to help the anonymised young man with learning difficulties who lives at the flat in nearby Dover.

She set up her firm K.M Commercial Cleaning about three months ago, and was given the nightmare job via an estate agent she works with.

The pictures were bad but nothing could prepare her for the horror that lay within. 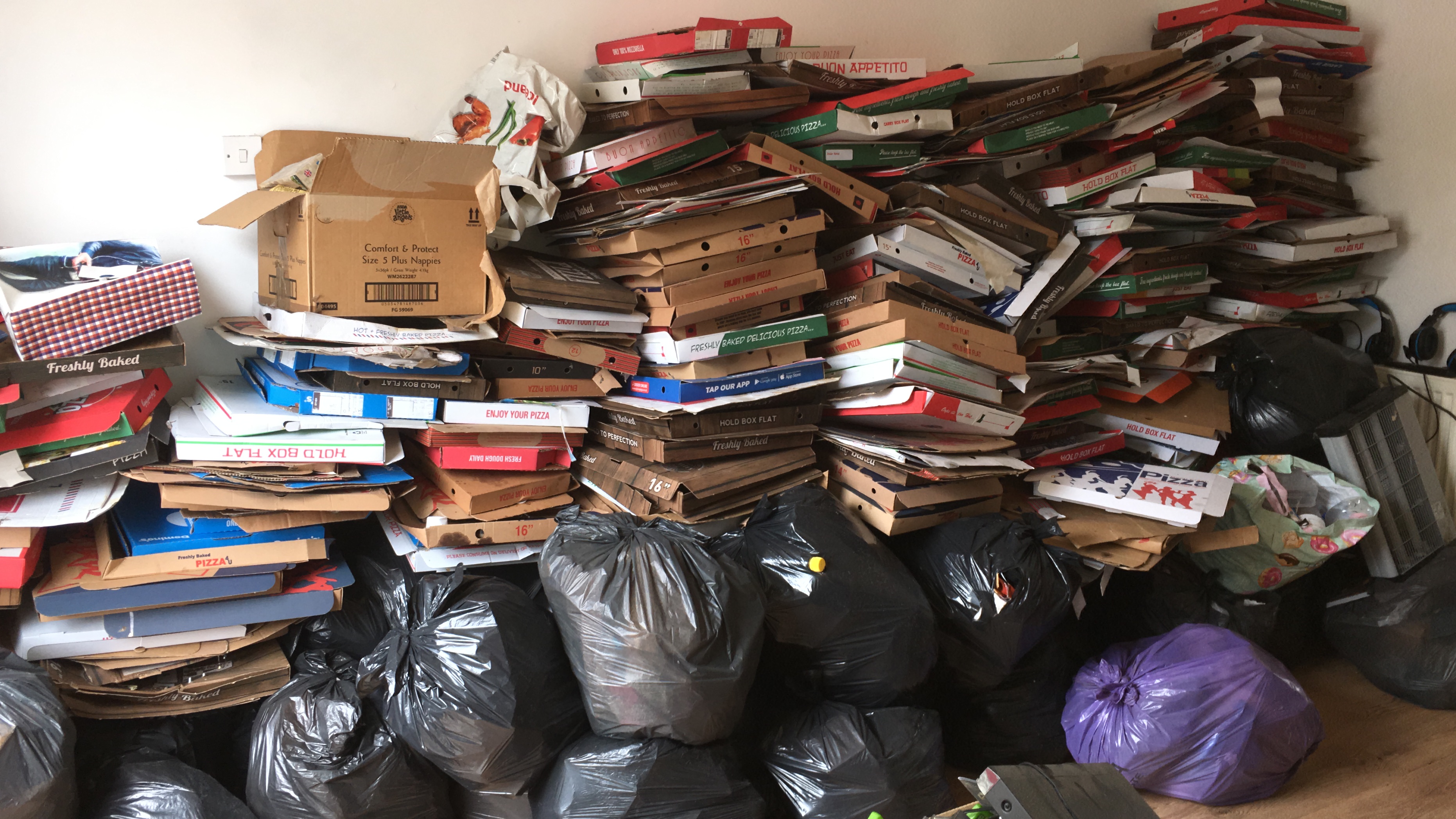 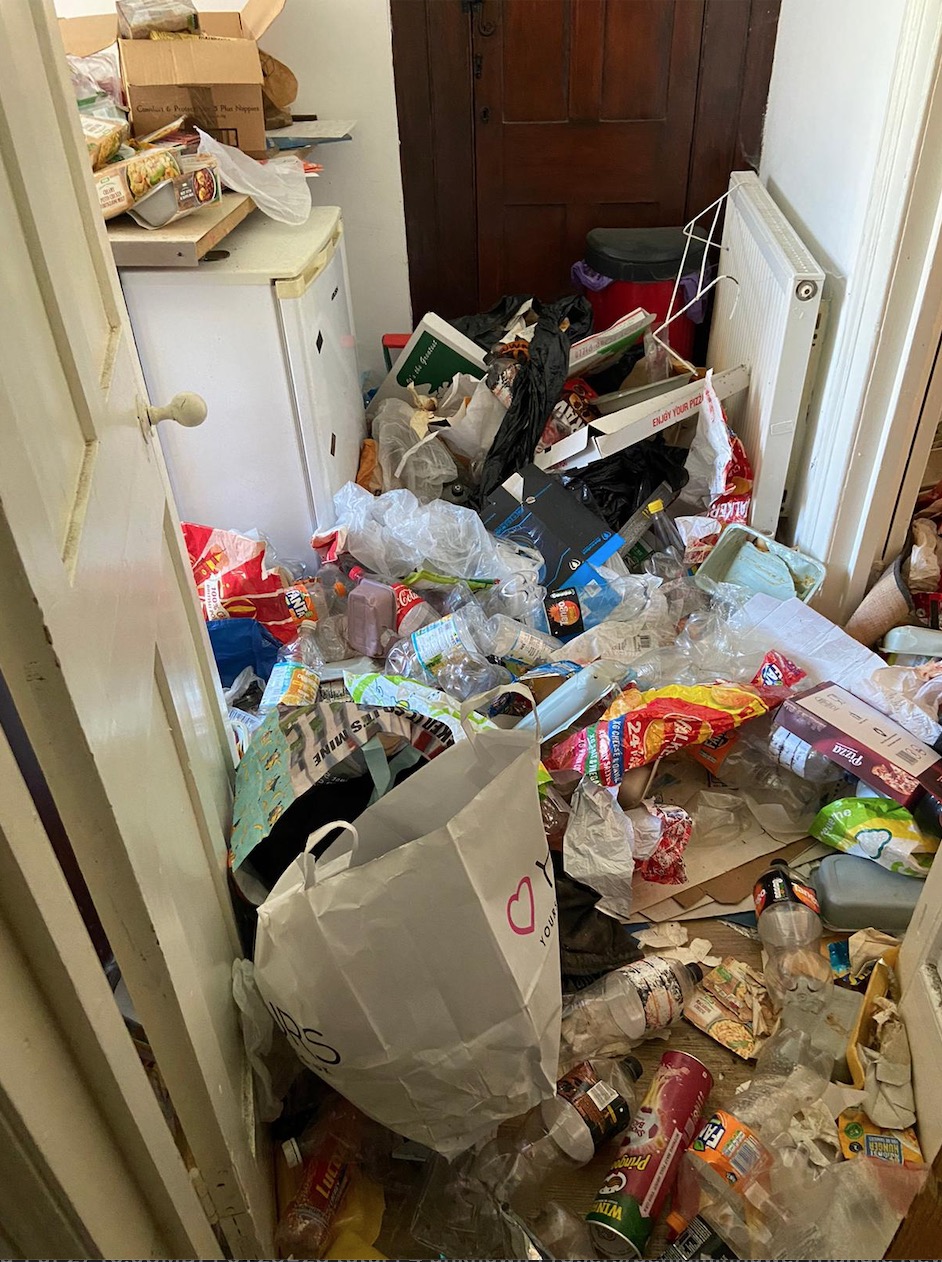 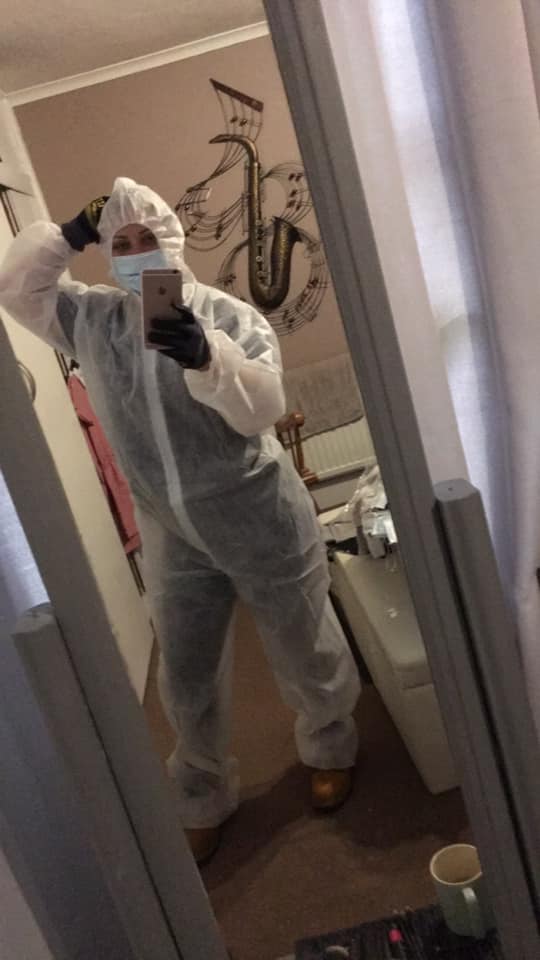 “Have you ever opened a bin on a hot summer’s day?,” she asked.

“The smell was about 10 times worse and it stuck to my skin.

“I had a double shower when I got home.

“I couldn’t use the toilet there so I had to walk to the local cinema at the end of the road,  and people would come near me, smell me, and then give me a really wide berth.

“I had to keep explaining ‘I’m terribly sorry, the smell’s me!’” 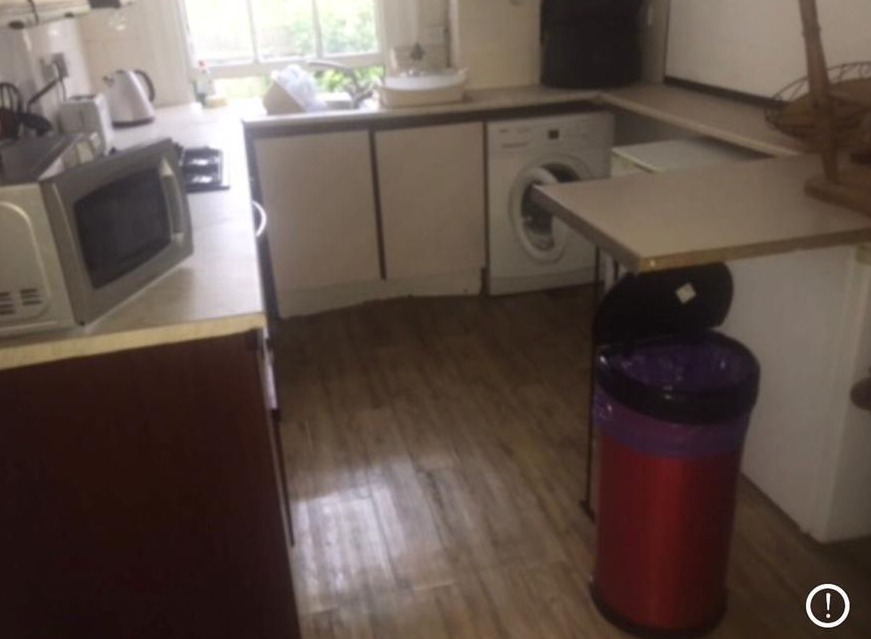 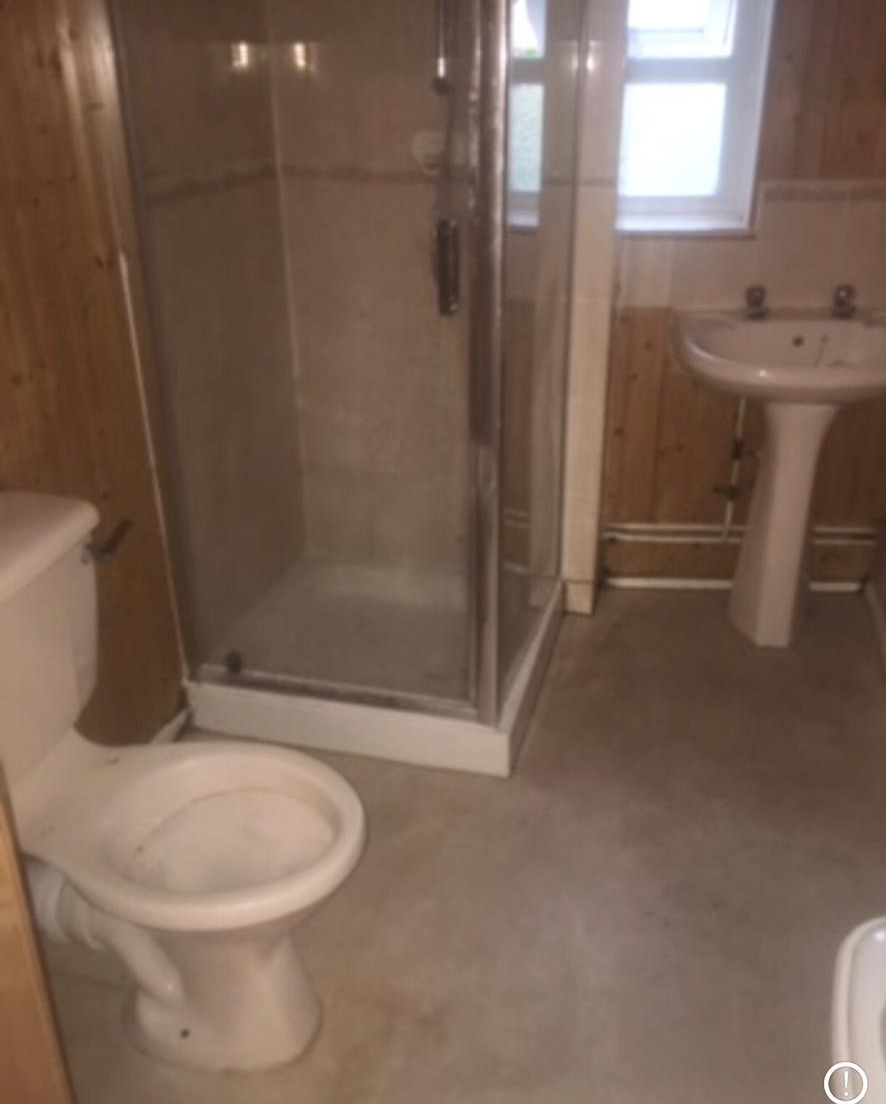 The estate agent had arranged for a six yard, four tonne skip to be placed outside the house.

But Kerrie filled it in hours with a mattress and about 60 black bags, she says.

It took her about 24 hours of hellish work to clean the house over three days.

She added: “As soon as I got even through the front door, you could smell it.

“The hallway was lined with air fresheners, so I thought ‘that’s not a good sign’.

“All I could say over and over again was ‘Oh my God’ because nothing can prepare you for that when you walk in and it stinks.

“It’s almost like looking at the bottom of a mountain and you keep looking up and you wait for the peak.

“The smell was overwhelming but all I could see was bottles and rubbish.

“It put me off macaroni cheese for life, I can tell you that!

“There were liquidated loaves of bread. Liquidated! I have never seen that before in my life.” 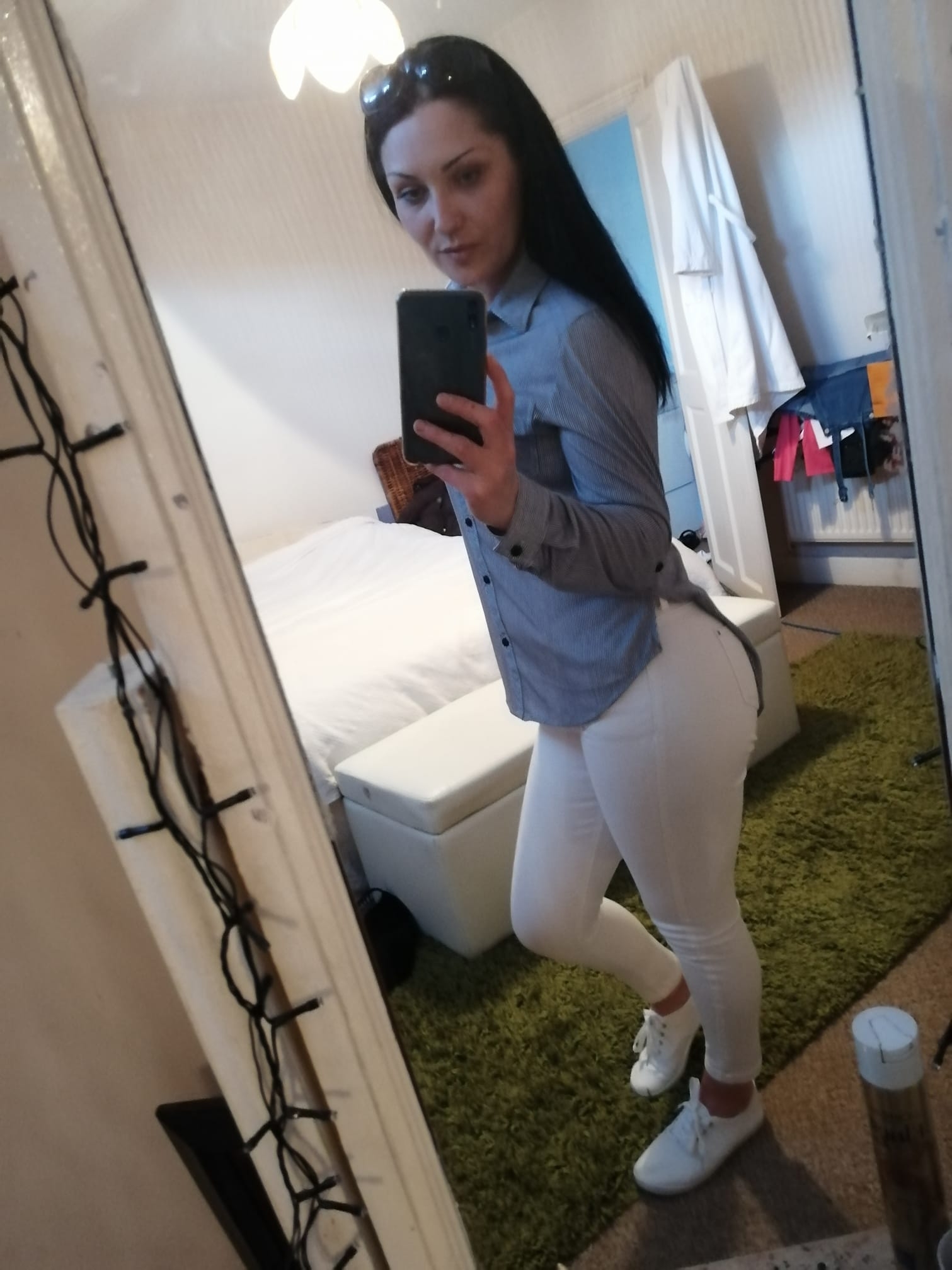 She added: “Oh my God, the kitchen.

“Rubbish was up to my knees when I was in the kitchen.

“I turned to look at the front room, and because the rubbish was so high, as it’s shallowest it was about three feet high.

“But at its highest, I’m five foot three and it reached me on eye level so it must have been about five foot high.”

“The bathroom was by far the worst thing I have ever seen.

“I’m sure derelict houses probably look better, you would have thought it hadn’t been used for years.

All I could say over and over again was ‘Oh my God’ because nothing can prepare you for that when you walk in and it stinks.

“I threw the loo seat away because there was no way that was going to be cleaned, it was covered in excrement so I had to go.

“It was really challenging, just imagine everything you throw away staying in a room with you for two years. Things had congealed and leaked over everything.”

She added: “His mum asked the estate agent if I could save his clothes but 90 per cent of which I couldn’t, they were just saturated with God knows what.

“None of his neighbours said a bad word about him, they just said he needs help but he’s too scared to let anyone in.

“I just realised what a sorry state he’d got into and felt bad for him that there was no one to stop him getting into that space.”

For more cleaning stories, this mum uses CLING FILM to get her grimy oven sparkling clean & swears it cuts down on scrubbing too.

And this desperate woman asked for help after husband mistakes ironing spray for Febreze leaving her carpet ‘like an ice rink’.