If you are a pet owner, you will know that pets are a key element to any family and therefore, you would do anything for them. 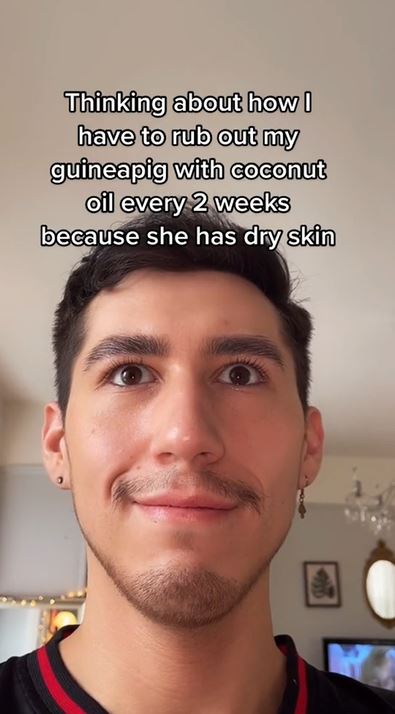 But one man has revealed the extreme lengths that he goes to for his beloved pet and people are shocked.

Brandon Tylers, 25, from Michigan, took to TikTok to show what he does for his guinea pig, and it’s left people in hysterics.

Posting under ‘brandontylerss’, Brandon opened up about how his guinea pig suffers from dry skin.

He said: “Thinking about how I have to rub out my guinea pig with coconut oil every 3 weeks because she has dry skin.”

And he’s not lying…in his video we see him holding his furry friend and using a brush to rub oil onto it’s stomach.

Clearly numerous people have found Brandon’s video hilarious as it has racked up a whopping 16.3million views.

I'd wake up & buy vodka instead of getting kids from school, says Michelle Heaton

Many TikTok users took to the comments to share how funny they found Brandon’s routine for his guinea pig.

One person said: “I was having a really bad day and this just made me cry from laughing so thank you for that.”

Another added: “This is the funniest thing I’ve ever seen.”

A third commented: “Hahahahhahahaha I LOVE THIS!!!”

Many TikTok users were concerned that they aren’t doing this for their animals and were wondering if this is something they should be doing.

Brandon said: “I only do it once or twice a month. To help hydrate her skin a little better. Some need it some don’t.”

Would you do this for your beloved pet? 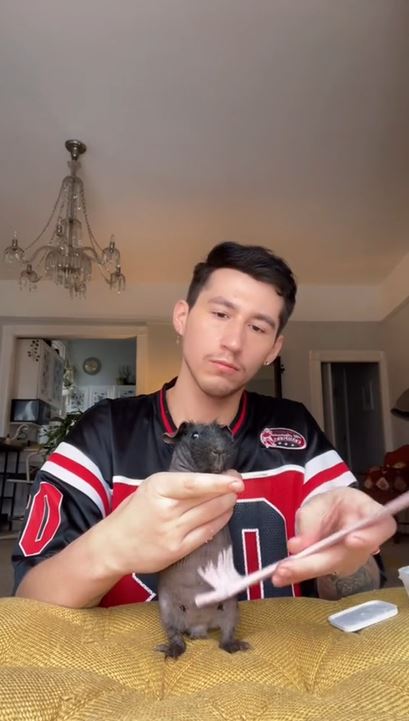 Meanwhile, in other real life news, a mum is in hysterics after capturing baby’s first words on video and they’re VERY unusual.

Also, I drank after having lip filler – it’s the worst thing I’ve ever done, my lips trebled in size & the pain was horrendous.

As well as this, I wanted Abba lyrics tattooed on my tummy but got the words wrong… I’ll never get another inking again.