A MORTGAGE adviser has been branded 'out of touch' after mocking those who blame the government for them not being able to afford their own house, saying it's a 'victim mentality'.

Ewa Brzeska, from Cumbria, has used TikTok to ridicule people who bemoan not getting on the property ladder. 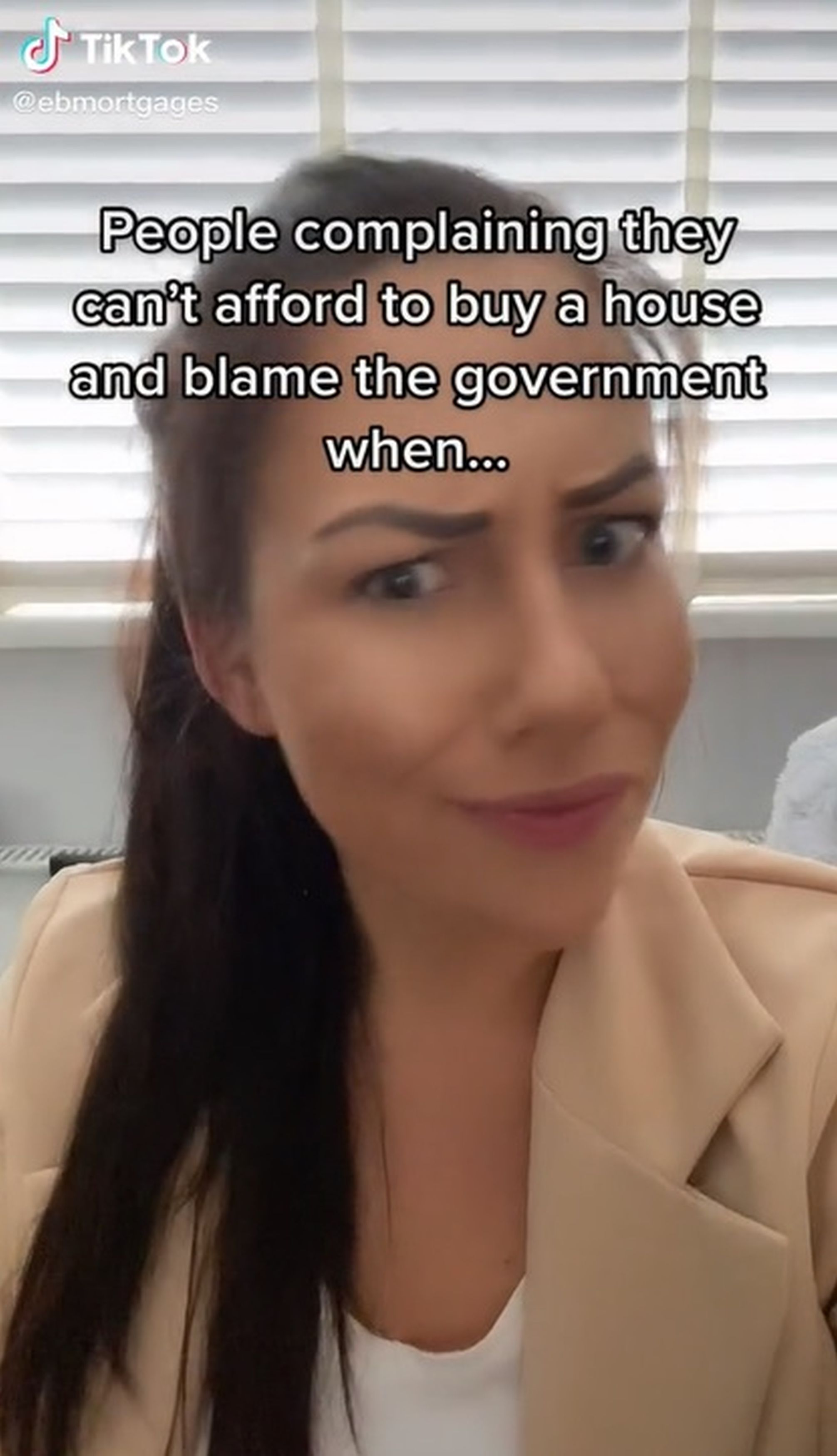 In the videos she's posted, she's pointed out the range of help available, including lifetime ISAs and mortgage guarantee schemes.

However, the 25-year-old was blasted by hundreds of angry commenters who labelled her video 'tone deaf' when it went viral.

Critics of the video, which has gained nearly 200,000 views, blasted Ewa's suggestions by pointing to high house prices as a reason why the government schemes aren't enough for first-time buyers.

She emphasised that it should be 'easy' to own your own house like many seem to expect as otherwise, the property market would "go off the rails".

Ewa said: "The government can only do so much. There are so many different schemes that there's almost something for everyone. I used the Help to Buy scheme myself and got my first house when I was 20.

"There's certainly something for everybody, but people need to realise they need to make some input as well.

"A lot of these arguments go back to this victim mentality. To the people who've already gotten onto the property ladder, I'd say massive well done to them, because they've achieved what they set out to achieve, and it shows it can be done."

She went on to say that she was 20 when she bought her own house and she had no input from her parents for the deposit.

"I understand people have different circumstances, but there are ways around it. If you're really serious about buying a house but you're spending £800 on rent, go into shared accommodation. Get a roommate to spread the cost," Ewa said.

"I know it's not ideal, but sometimes you just have to make that sacrifice for long term gain. Sometimes I feel like some people would rather complain than take action.

"It's possible to have your own house, but ultimately not everything can be given to you, you have put in some of the work as well."

Ewa has set out to educate people on the process of getting a mortgage but finds that some people want the easy route to owning their own house.

"Obviously it's not easy, I'm fully aware of that, but it's not supposed to be. If it was, the property market would go off the rails.

"There's loads of arguments put forward about salaries and prices, and I can see their points, especially the housing boom we've seen recently."

The 25-year-old said people should understand that houses are a massive commitment and they need to show their commitment by saving for a deposit.

"I got my first waitress job when I was 16 and that's when I started saving towards my deposit, because I knew that's what I wanted to do with my money," she explained.

"I am fully aware of the pricing discrepancy between the north and the south. I know I'm lucky to be living up north where the prices are cheaper.

"But if you look around, there are still places where you can get a bargain. People in the south also get higher pay for the same type of jobs so it really depends on the particular area."

Ewa said that she believes most people want their dream home straight away without thinking of other ways to get onto the property ladder, such as buying a flat or a terraced house.

"[People] should treat their first house as a stepping stone rather than thinking of it as their dream house," she shared.

"Ultimately, having a bigger deposit will help you get onto the property ladder. The more you've got behind you, the better."

Ewa thinks that people who feel they've not got enough to save for a deposit should rein in their spending.

Ewa said: "That's why I bang on about budgeting, making sure you know where your money's going. It's all well and good to say all your money goes on bills and on rent, but I imagine that nine times out of ten, that's not strictly true.

"People sometimes don't realise how much they'll spend on certain things. I know people will say they have to maintain a certain quality of life, but there are sacrifices that need to be made if you want to get onto that property ladder.

"It can be frustrating when you provide people with all this information and all they're doing is complain. It can seem like a slap in the face.

"But there's only so much you can do. The people who will want to be helped will find my videos useful. But those who want to come and complain will find anything to complain about.

"I'm not so worried about that small minority, as I know a lot of people do find the content useful and they see the benefit in what I'm saying.

"Seeing people in the comments saying they got their first house, given the current circumstances, is amazing to see. It makes my heart all warm. It's really lovely."

People were divided in the comments but many people believed the video proved Ewa was out of touch.

"Wow you have no idea what it's like for working class people do you?" one person commented.

"House prices are far too expensive, that's the problem not the schemes," said another.

"This was tone deaf bestie," a third person wrote.

A fourth person added: "You are so out of touch. Circumstances and net income, also house prices. I specifically mean for London and commuter towns."

However, other commenters came to Ewa's defence or offered more sympathetic views to her advocacy of government schemes.

"As much as I agree these schemes are a great help, buying south of the M25 for a single person is near impossible without help," someone commented.

One person pushed back against Ewa's critics by commenting: "This comment section is not it! I come from working class and bought my own 3 bed home. ON MY OWN. And I live in the south. Not cheap."

Another user endorsed Ewa's viewpoint and wrote: "I'm 28. I bought my first house at 27. I've been financially independent since 2015 and have been renting since then. I earn minimum wage. It's doable."

Someone else added: "If you really want to buy a house you can just save and stop spending." 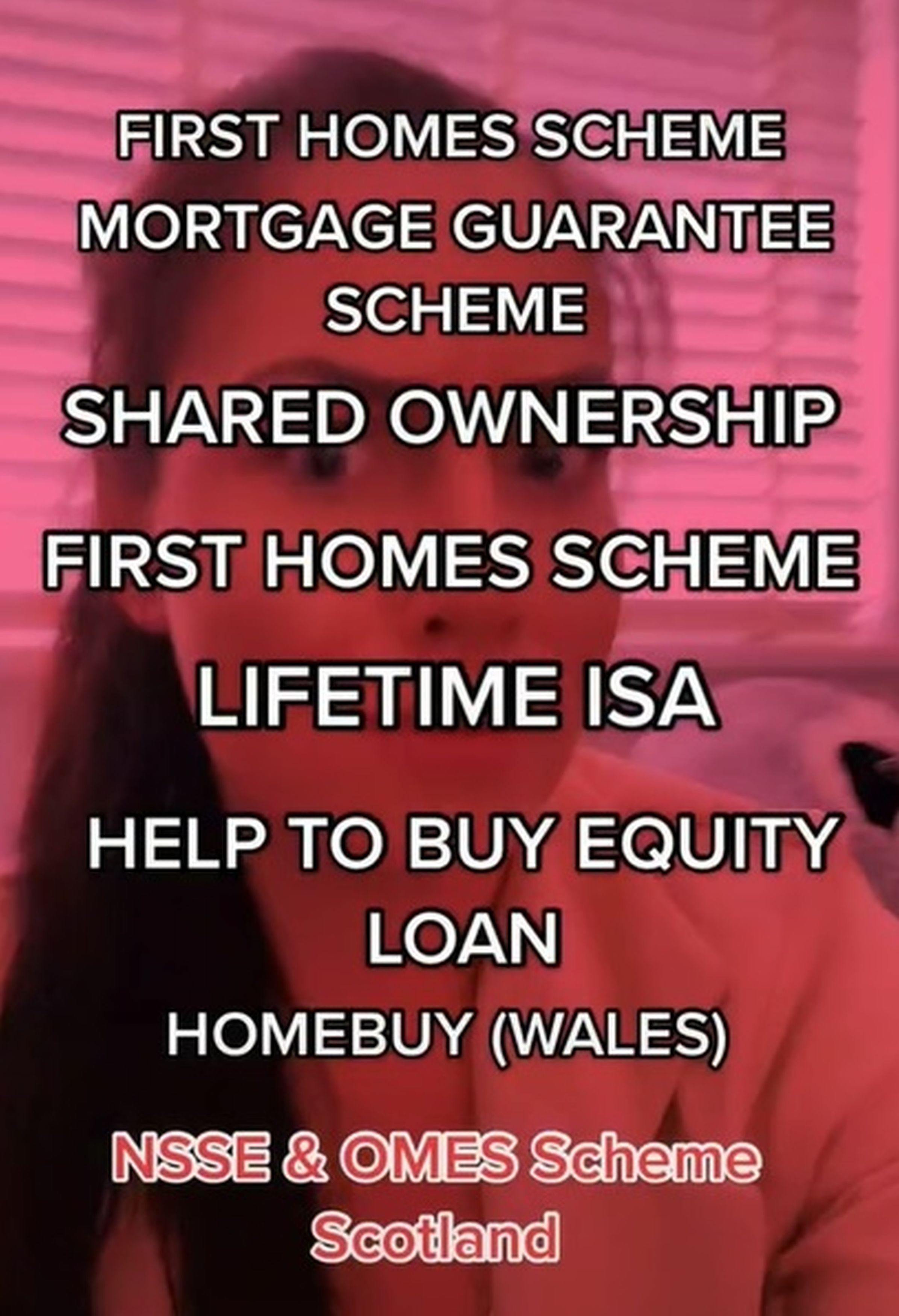 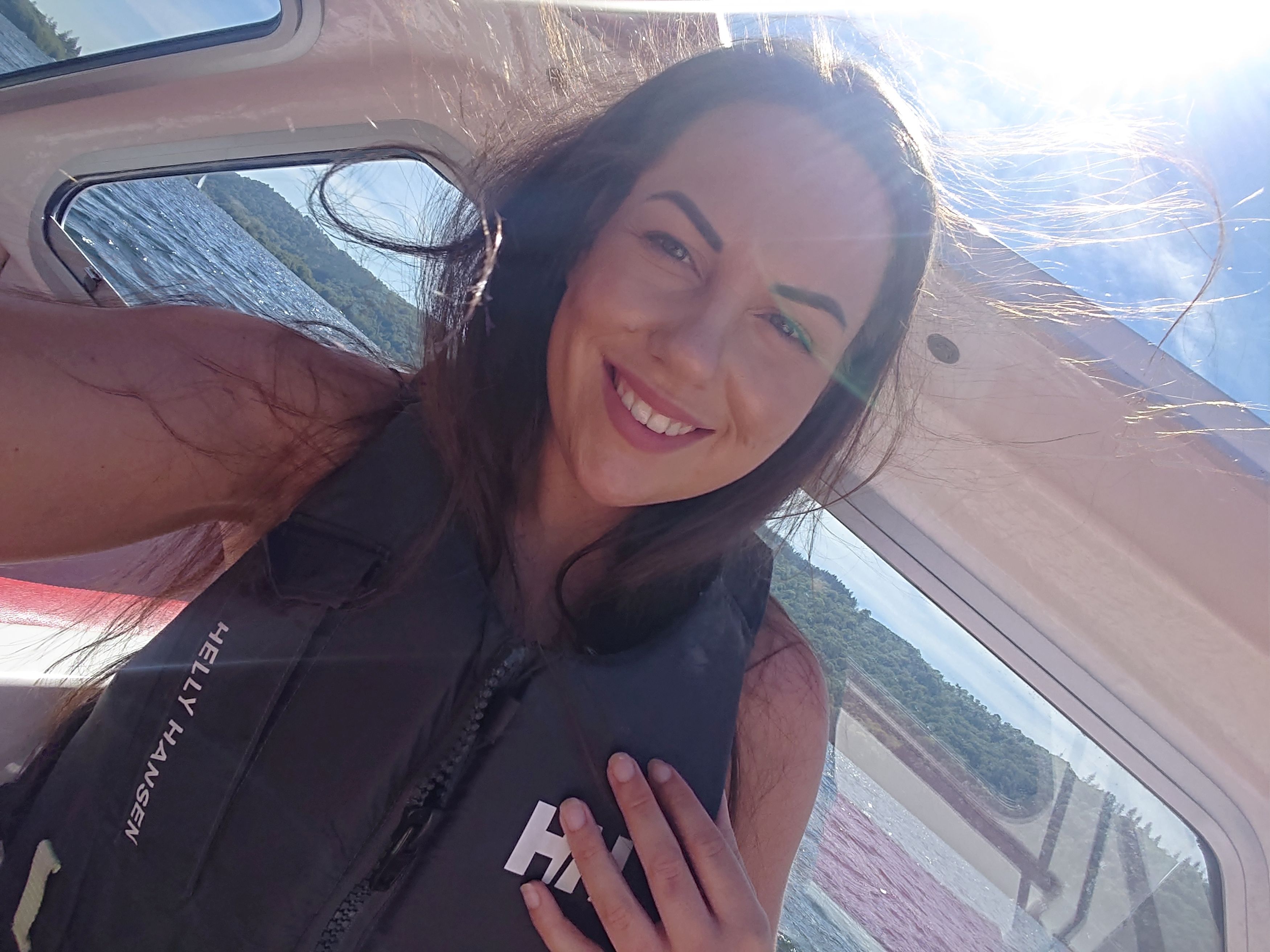 Elsewhere in Fabulous, I’m a messy person but my tips will teach you how to keep a tidy house really easily – it won’t take hours of scrubbing.

Plus I was viciously trolled over my boobs after posting a dinner photo online, I can’t believe women were so cruel.

And woman reveals genius hack to get the perfect fake tan glow so you look sun-kissed not orange.