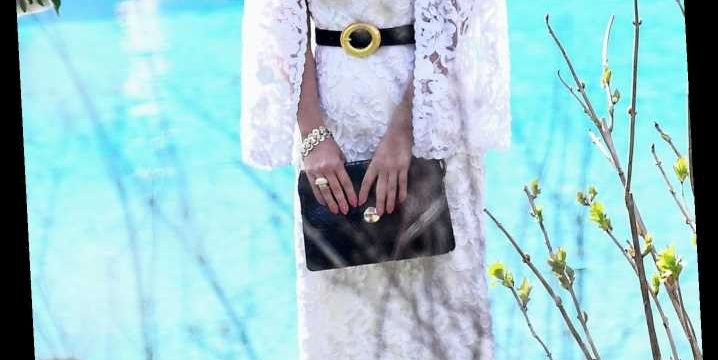 House of Gucci is shaping us to be the fashion event of the year.

Following the release of a few very promising teasers, Gucci president and chief executive officer Marco Bizzarri confirmed to WWD on Monday that the Italian luxury label has opened its archives and given "total creative freedom" to House of Gucci production.

"Gucci is collaborating with MGM and Scott Free Productions by providing access to the house's historical archive for wardrobe and props," Bizzarri, who noted that the Gucci family is no longer involved with the brand today, told WWD.

The Ridley Scott-directed murder drama follows the story of Maurizio Gucci (Adam Driver), the head of the Gucci fashion house, and his ex-wife Patrizia Reggiani (Lady Gaga) and the aftermath of his death after Patrizia hired a hitman to kill him in 1995. House of Gucci is currently being filmed on location in Italy, and photos of Driver, Gaga, Jared Leto (who stars as fashion designer Paolo Gucci) have only added to the hype surrounding the highly-anticipated film.

On Tuesday, Leto was spotted in full costume, looking unrecognizable — and eerily similar to his legendary character — in a bright purple suit and a prosthetic headpieces with a grey receding hairline and aging makeup. And earlier this month, Gaga sent the Internet into a frenzy when she shared a first look at House of Gucci on Instagram.

Dressed in full stylistic regalia, Gaga wore a black turtleneck, black pants, a black belt and gold necklaces, earrings and bracelets as she stood next to Driver, 37, in the Italian Alps. The Marriage Story actor wore a beige turtleneck sweater with white salopettes with the sleeves tied around his waist and wide-rimmed black glasses as he smiled with his arm around his costar. The film is based on the novel The House of Gucci: A Sensational Story of Murder, Madness, Glamour and Greed by Sara Gay Forden. It also stars Al Pacino, Jack Huston, Reeve Carney and Jeremy Irons.