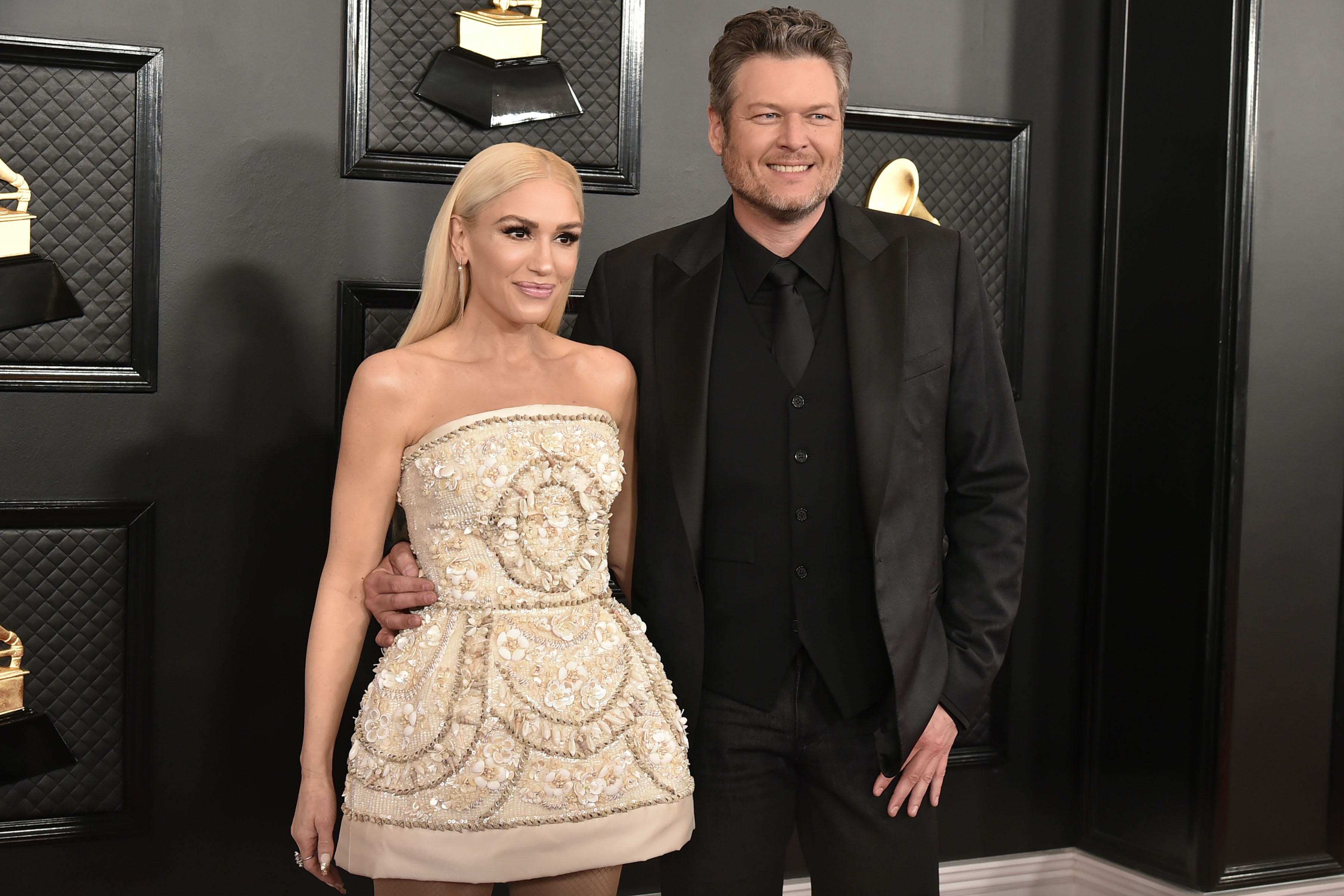 Gwen Stefani is just an Orange County girl—but on Saturday, July 3, she married country singer Blake Shelton in his native Oklahoma, and (partially) dressed the part. Stefani enlisted bridal standard Vera Wang to design not one, but two white gowns for her big day and finished the looks with cowboy boots—well, white stiletto cowboy boots, but cowboy boots nonetheless. Shelton wore a traditional tuxedo, save for the blue jeans with which he’s completed the look.

The intimate ceremony took place at a specially built chapel on Shelton’s massive Oklahoma property before an intimate gathering of guests. Their coworker on The Voice (and former Total Request Live host) Carson Daly officiated the ceremony. “It was very, very special, it was incredible to be a part of such an important moment in their lives,” Daly said this morning on The Today Show. “They’re an unlikely pair. They’re like if you paired delicious fried chicken with champagne…On paper, on the menu, it doesn’t work, but it does work."

Stefani uploaded photos from the wedding on Instagram, confirming that the ceremony took place over the weekend. Her gown consisted of a white, strapless bodice, and a voluminous tulle skirt (the cowboy boots visible underneath).

Her stiletto booties were custom made by Le Silla and bedazzled in Swarovski crystals. Shelton and Stefani’s monogram was even marked on the shoe’s soles in the crystals.

Later, she revealed a second dress, writing on Instagram, “you need a party dress when u get to marry.” The second Vera Wang dress echoed the design of the first, though was shorter in proportion. The boots, of course, stayed on.

Stefani and Shelton first started dating in 2015 after meeting on The Voice. The pair announced their engagement last October. Despite Stefani’s SoCal ska roots and Shelton’s country music allegiance, the pair have also recorded numerous duets together. Shelton was previously married to fellow country singer Miranda Lambert, while Stefani wed her ex, English rocker Gavin Rossdale, in 2002—when she wore a pink-tinged Dior gown designed by John Galliano for the ceremony.