Charli XCX donned a sexy outfit as she headed into London’s legendary G.A.Y. Heaven nightclub for a fun night out!

Charli XCX knows how to turn heads. The 29-year-old wore a plunging leather crop top with a straight leg leather pant as she stepped out on the town in London on Thursday, March 17. The British star was headed to the one-and-only G.A.Y. Heaven nightclub in Charing Cross, which has been an LGBTQ+ destination since 1976 (and also where Adele had a recent wild night out). 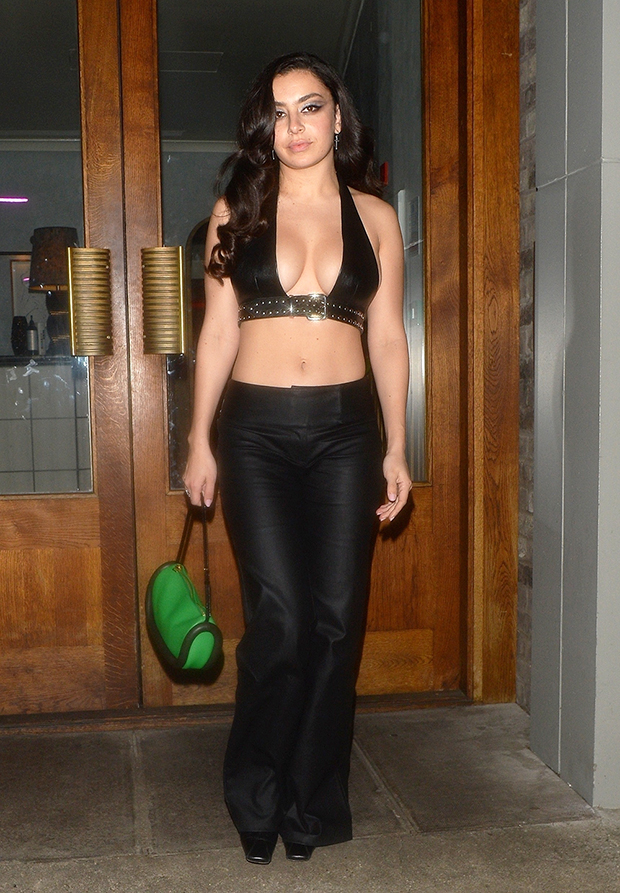 Charli, née Charlotte Emma Aitchison, finished her all-black look off with a pair of pointy boots. She also added a dash of green, perfect for St. Patrick’s Day, with a bowler shaped shoulder handbag by JW Anderson. The emerald shade has been trending as of late thanks to luxe Italian label Bottega Veneta, who has coined bright green as their signature color. Her glam was on point too, as she channeled old Hollywood with a swooped over curled look and a sexy smokey eye shadow.

The singer has been out-and-about promoting her latest album Crash, which drops today (Friday, March 18). Ahead of her night at the club, she was doing interviews to promote the project, including an interview with BBC1 Radio. She looked gorgeous in a lace black lace and feather mini dress by Valentino, once again using the same green emerald bag.

In recent weeks, she also appeared on Saturday Night Live, where she performed her new single with Rina Sawayama, “Beg for You.” The March gig was rescheduled from December when the series had to reduce its live broadcast during a COVID-19 outbreak. The episode was also significant as it marked Paul Rudd‘s induction into the coveted five-timers club. Regardless, Charli took Studio 8H by storm as she belted out her single in March, looking fashionable as always. She opted to wear an ’80s inspired puffed sleeve blazer, which was totally open on the bottom to reveal her lace underwear.