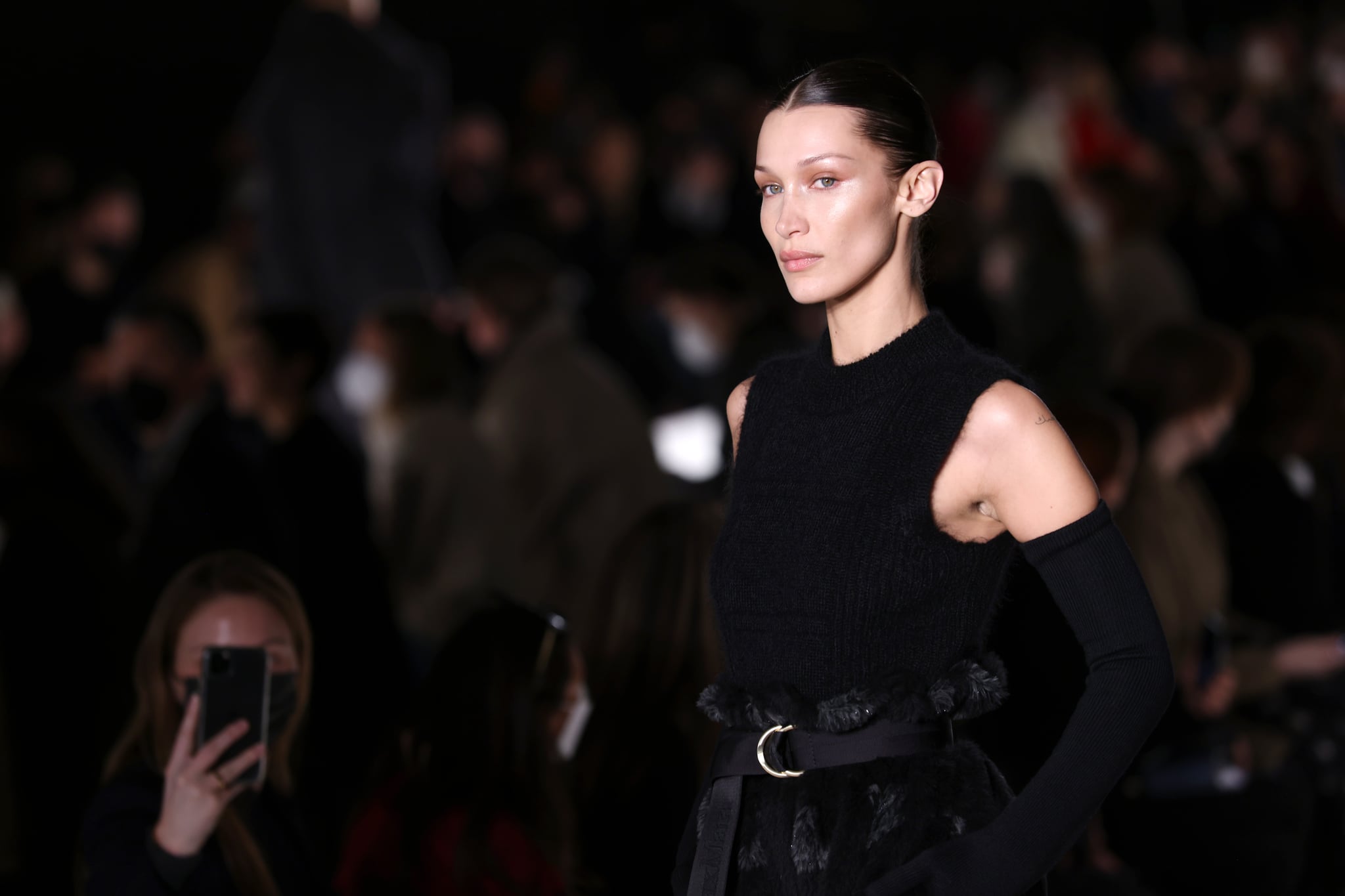 Bella Hadid joined the list of models donating their Fashion Week earnings this season. Inspired by her sister Gigi Hadid and Argentine model Mica Argañaraz, the model announced on March 9 that she would be allocating her total fall 2022 Fashion Week earnings to those affected by conflict in Ukraine and Palestine. Hadid, whose father is Palestinian, walked in at least 15 runway shows this season. In a statement on Instagram, Hadid said her donation would go toward organizations providing refugee and medical aid.

Hadid said it’s been an “emotional and humbling experience” witnessing Ukrainian friends and colleagues work through Fashion Week despite Russia’s invasion of their home country. “We rarely have control of our work schedules and this week has really shown me the strength and perseverance of the people around me who are going through pure terror,” she said. “To hear their stories and emotions first hand is devastating and I wholeheartedly stand with them in support. I stand along side every person that has been affected by this war and the innocent people who’s lives have been changed forever from the hands of ‘power.'”

Her words echoed those of her sister, who pledged her donation on March 7: “Having a set Fashion Month schedule has meant that my colleagues and I often present new fashion collections during heartbreaking and traumatic times in history. We don’t have control over most of our work schedules, but we would like to walk ‘for’ something,” the older Hadid sister said. “Our eyes and hearts must be open to all human injustice.”

Designers are taking a stand, too. Balenciaga creative director Demna Gvasalia ended his recent show with looks in the color of the Ukrainian flag and left blue-and-yellow T-shirts on guests’ seats. Giorgio Armani paid his respects with an entirely silent show. Christian Siriano is auctioning a dress also inspired by the country’s flag, and the proceeds will benefit aid organizations.

Among the celebrities getting involved, Mila Kunis and Ashton Kutcher recently announced the launch of a new Stand With Ukraine fundraiser, which the couple kicked off with a personal donation of $3 million. “While we are witnessing the bravery of Ukrainians, we are also bearing witness to the unimaginable burden of those who have chosen safety,” said Kunis, who is Ukrainian. At press time, the fundraiser has raised over $20 million.