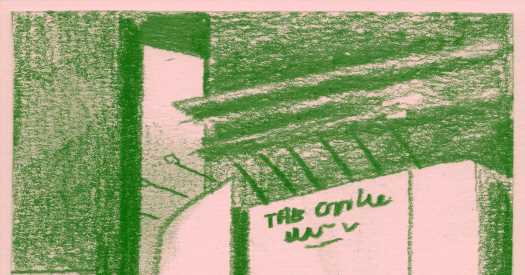 You’ve been on my mind a lot lately. I realize the pandemic has turned life upside down, but you’ve gone so quiet that I’ve started to wonder if you ever truly meant it — if all the times you spoke of your love of the stage, if every time you reminisced in an interview about how profoundly it shaped you, you were just … what? Following a script? Trying to fit in with your cast mates while you briefly returned to the theater, this time as a star?

I’d rather not believe that. It was comforting to think of you, out there in the klieg-light glare of screen celebrity, as someone who loved the footlights with a kind of tenderness, the way we do the things we cherish most. And the theater — the people of the theater, the people who built their livelihoods telling us stories in the dark — could really, really use some public cherishing right now.

So it is weird and sad and lonely not to have heard from you amid the real torment of this industry, almost wholly shut down for a year as film and TV production has geared back up.

Because I know you know what sets live theater apart, and that the very things that draw us to it — all of us gathered close in a room, breathing the same air — are the reasons it will be so slow to reopen. Indoor theater largely won’t start inching back until sometime this fall, even if all goes well with the vaccine rollout.

And I know you know, if you think about it even for an instant, that the many theater people thrown out of work, barely hanging on, will need meaningful help if they’re going to make it through. Whether that’s a Federal Theater Project reboot for the 21st Century or financial support for the duration, it’s going to require public understanding. 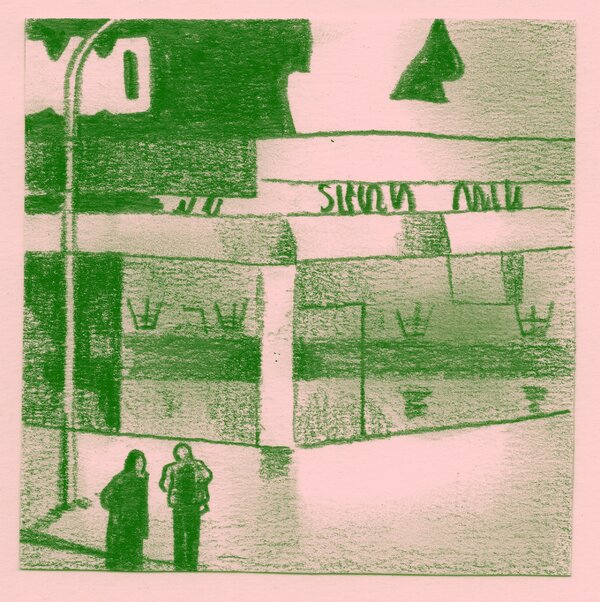 Which is why I’m coming to you — you who fell in love with the stage as a kid, who sharpened your skills and forged your connections in that top-flight training program, who did regional shows or scrappy downtown stuff (oh, how we loved you in that) until luck and talent and timing worked their alchemy, turning you into a household name.

Because, in one of the more surprising revelations of the shutdown, it turns out that the American theater has no towering figure even attempting to lead it through this crisis, the way Andrew Lloyd Webber has in Britain. The people you might expect to step up — powerhouse producers, I mean, not stage stars, many of whom have spent the shutdown donating their skills to countless online benefits — seem to have succumbed to a strange, Darwinian torpor.

It’s like watching the horizon for help that never arrives, because the helpers, comfortable enough themselves, have opted out.

In such a scarily perplexing time, there is no one to rally the troops, let alone do what I’m hoping you will: Make the theater’s case to the culture at large.

You, with your incandescent charm, would be brilliant at that. Even though, in some ways, it’s a very tough sell.

This swaggering cowboy nation of ours has always had trouble thinking of employment in arts and culture — which in 2017 contribute $877.8 billion to gross domestic product, more than construction or agriculture — as real work rather than some extravagant of self-indulgence. Toward theater in particular there’s an entrenched macho bias, bound up in misogyny and homophobia, that makes it hard for the industry to be taken seriously as the economic force it is: Broadway production alone grossed $1.83 billion in the 2018-19 season.

It doesn’t help, of course, that the theater is also perceived as a playground of the rich. Oddly, that’s held against its workers in a way that it isn’t for those who make their living by, say, driving a limousine or handling check-ins at a plush hotel.

As if the wardrobe supervisor were pulling in the same pay as the expense-account executives in the premium seats. As if all the freelancers who work gig to gig — actors, lighting techs, ushers — had some cushy security that freed them from the need for employment. As if many of them weren’t close to the breaking point after so many months of unasked-for idleness, endured with a frayed safety net.

But you know firsthand the smoke and mirrors of it all. You know those cramped backstage spaces, the antithesis of luxury, and the unfamous, everyday people who toil there. You know the restaurants down the street, the bars around the corner, and how they fill up pre- and post-show. You know that it’s a vital ecosystem.

And you know that none of it is happening now — not on Broadway or Off, and not at almost any of the thousands of theaters across this vast country.

Admittedly, I’m being a little coy, not calling you by name. That’s because, in a nation so adept at producing globally famous screen stars, there are quite a few of you. But if you’re wondering whether this applies to you, you can take that as a clue that it probably does.

In any case, I can guess what you’re thinking: It’s too late in the game to step up now, and besides, the situation isn’t as dire as it was, what with the vaccines, the new president and the narrowly flipped Senate. None of that has shortened the shutdown’s projected duration, though. Those socially distanced productions and outdoor pop-ups you’ve read about are more anomaly than comeback.

And when the theater does begin its return in earnest, big, expensive productions employing loads of cast and crew will not be the trend. There will be no poof-it’s-over restoration for this hobbled industry and the workers whose jobs vaporized because it wasn’t safe to breathe.

The Bureau of Labor Statistics says that the median hourly wage for actors in 2019 was $20.43, which full-time (and we both know that full-time acting work is rare) would add up to about $42,000. Just imagine going into the pandemic with that as your baseline — and, 12 months on, still having to dangle over a cliff until autumn. At best, you’d be clinging by your fingernails.

True, the $15 billion in federal relief for arts venues and cultural institutions will help some theaters and producers to survive. And yes, the Biden White House is much friendlier toward the arts, and more responsive to the plight of American workers, than the last administration was. Yet the emergency is ongoing, and the arts in this country have a history as a funding afterthought, no matter who is in charge.

It would be a mistake to assume that legislators, who hold the purse strings, will commit to spending what the theater industry’s devastation demands — especially where individuals, not institutions, would get the money. When those individuals are seen by lawmakers and the people they represent as part of some so-called elite, their actual means notwithstanding, they are at risk of being denied aid.

The reality is that a lot of them will continue to need unemployment benefits until the theater is up to speed again — which means that extending them through Sept. 6, welcome news though that is, will not be long enough. If, in your leaner years, you ever had to scrape by on unemployment, you know that the same goes for the supplemental benefits.

The bottom line is that we need theater people to be OK until their places of employment open up again — later than most other industries, because that’s what public health requires. We need the country to have their backs until then.

Last weekend in the Observer, the British actor Samuel West suggested that television and film stars pitch in to reboot local stages by signing on “to do a play at the regional theater closest to where they grew up.”

“They could say: I will come in 2022 for four weeks, and I’ll take the company wage and I don’t need the play to transfer,” he said. “That would really help.”

Imagine the effect an effort like that could have in this country as well — the excitement it would create, the jobs and ticket sales that would follow.

In the interim, though, the American theater needs a big-name, wildly charismatic advocate — or, hey, it could be a whole glamorous team — making clear to the public and its politicians how deeply this industry matters, economically and otherwise, and how imperative it is that its people make it through.

That isn’t necessarily about writing a check; it’s about using the spotlight that comes with stardom to shape understanding: in interviews, in lobbying and, yes, in tweets.

So I think again of you, and of the love that you professed. And I imagine some hazy future when the theater is back and you’re headlining a Broadway show — conscious, as mega-famous screen stars tend to be, of having to prove your live-performance bona fides.

If I ask you then what you did during the pandemic, what will your answer be?

I’m hoping I won’t even have to pose the question — because when the theater was in peril, you offered genuine friendship. And used your fame to do extraordinary good.