Pregnancy can be dangerous — occasionally fatal — for both women and the fetuses they hope to deliver. Fetal conditions, like a nonviable twin that threatens the health of its sibling, can also imperil the mother. So can disorders like cancer, heart disease, kidney dysfunction, diabetes and lupus. Even something as straightforward as age — becoming pregnant when younger than 17 or older than 35 — or carrying twins or having a history of multiple miscarriages can put women and pregnancies in jeopardy. That’s why so many obstetricians regard the ability to terminate a pregnancy as essential: Doctors need access to abortion procedures to be able to provide care and save lives. 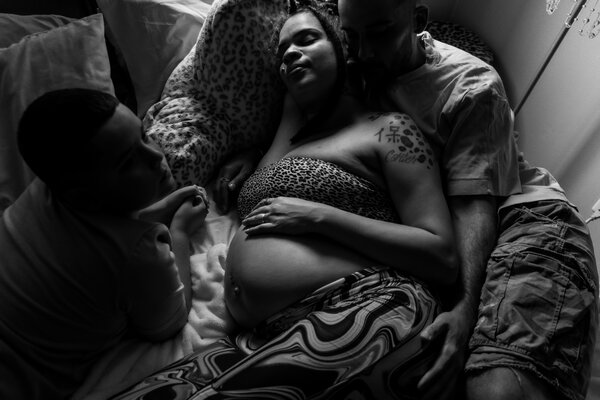 Catrina Rainey and James Packwood and their 9-year-old son at home, in August, one month before her due date. In May, Catrina learned that one of the twins she was carrying had a severe birth defect of the brain that meant it was unlikely to live past six months outside the womb and could, until birth, threaten the viability of the other fetus. A reduction — the termination of an unhealthy fetus to protect a healthy sibling — took place in May. It was one of the last such procedures performed in Ohio, after the state made them illegal, following the Dobbs decision.