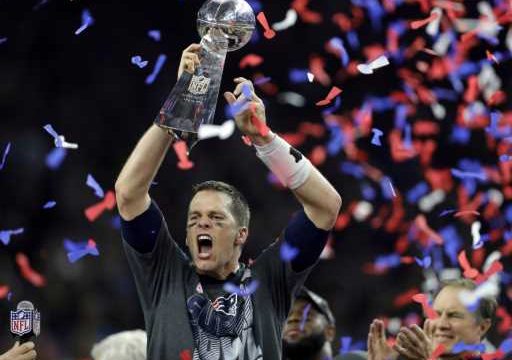 Tom Brady hasn’t even had the opportunity to hang up the football helmet in his trophy case before the comeback stories begin. The former NFL star did tease fans with a “never say never” quote in recent weeks, so the reports that he is eyeing other teams shouldn’t be surprising.

Right now, Brady, wife Gisele Bündchen and their kids, Jack, 14, Benjamin, 12, and Vivian, 9, are enjoying some time out of the spotlight in their Costa Rican vacation home. That rest and relaxation are possibly giving the athlete time to mull another chance at the Super Bowl, according to a Hollywood Life source. “Tom is going to monitor the NFL off-season with a fine-tooth comb because if the pieces fall into place, he’d be interested in returning,’ the insider revealed. Where would Brady go after years with the New England Patriots and two seasons with the Tampa Bay Buccaneers?

If he is to return to the league, there is reportedly some strategy behind his possible return. “He’d be interested in joining a team who are close to winning a Super Bowl, like the San Francisco 49ers,” the source added. It might create a great West Coast rivalry if Brady wound up in San Francisco, especially after the Los Angeles Rams just won the 2022 Super Bowl with quarterback Matthew Stafford.

But before fans get too ahead of themselves, remember that Brady’s retirement was a family decision. This big move would have to pass muster, not only with Bündchen, but also with his three kids. The point of him leaving the league was to spend more time with family — and he can’t do that if he’s running around on the field again.

Before you go, click here to see more famous football families we love.