Since it dropped on Netflix, Prince Harry and Meghan Markle’s docuseries has caused quite a stir. The Duke and Duchess of Sussex’s six-episode series focused on their love story, Meghan’s struggles dealing with the scrutiny of the tabloid press, and some serious allegations concerning The Firm. With the series out, and Harry’s memoir Spare due next month, the royal family reportedly has some thoughts on how Meghan and Harry should move forward.

“The general consensus amongst the royals is that Harry and Meghan aren’t doing themselves any favors by speaking out about the family, and that they’re digging themselves into a deeper hole with these tell-alls,” a source shared with Us Weekly. There’ve already been plenty of reports concerning how prominent members in the royal family feel about Harry & Meghan. But they’re still waiting to see what, if anything, the Duke of Sussex will reveal in Spare.

While they wait, though, the royal family reportedly wants the couple to leave the past behind them. “They’re hoping that once Spare is released, Harry and Meghan will focus on the future and not the past,” the source shared. Indeed, while it’s been business as usual across the pond, there’s little doubt the royal family is still wary about what Harry might share in Spare.

But as for Harry and Meghan, there’ve already been signs the couple is ready to move on and focus on their public service and philanthropic efforts. Their next Netflix project, Live to Lead, will hit Netflix on Dec. 31. As the end of 2022 approaches, the Duke and Duchess of Sussex’s calendar is probably filling up with engagements in the new year. Whatever the future holds, the royal family and Harry and Meghan seem ready to move forward.

Brothers and Wives: Inside the Private Lives of William, Kate, Harry, and Meghan by Christopher Andersen

The fraught relationship between the Waleses and the Sussexes has been heavily scrutinized for the past few years. But we’ve never had quite a clear look at the relationship between Prince Harry and Meghan Markle and Prince William and Kate Middleton, until now. Longtime royal writer Christopher Andersen takes fans into the intimate conversations and exchanges between these two powerful couples in Brothers & Wives: Inside the Private Lives of William, Kate, Harry, and Meghan, illustrating what was lost, gained, and what might be found as the next generation of the royal family embraces the future. 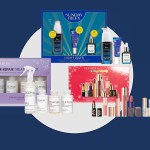 Click here to see a complete timeline of Prince Harry and Meghan Markle’s feud with the royal family.