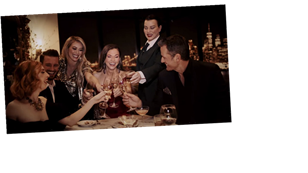 Say it ain’t so! After creator Darren Star previously teased that Younger would be coming to an end after its upcoming seventh season, it was officially confirmed on Feb. 24. Along with the sad news, ViacomCBS announced that fans will be able to tune in to the show’s final season on Paramount+ before it hits TV Land later this year. Sutton Foster promises the season will bring “all the emotion, all the laughs, and all the drama that define Younger and have made it the success that it is.”

The upcoming season will consist of 12 episodes and will focus on wrapping up Liza’s double life in her 20s. In an accompanying sneak peek clip, we see that Liza (Foster) may still be trying to decide between Charles (Peter Hermann) and Josh (Nico Tortorella). “Accept the past, embrace the present, and keep moving forward,” she tells Josh. Hopefully we’ll get a premiere date soon, because this season will definitely be bittersweet.