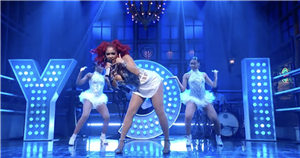 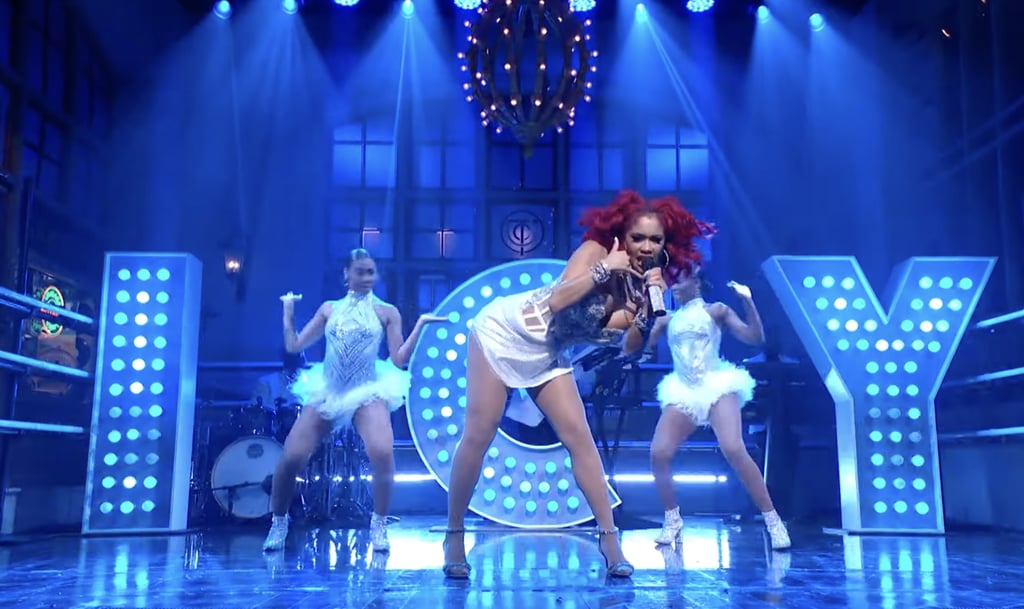 Saweetie brought old Hollywood glam and lots of twerking to the stage during her Saturday Night Live debut on Nov. 21! It was hits galore when the 28-year-old rapper stepped inside Studio 8H during the sketch comedy show’s Thanksgiving episode, hosted by Shang-Chi and the Legend of the Ten Rings star Simu Liu. Fresh off hosting the 2021 MTV European Music Awards, Saweetie stunned in two curve-hugging ensembles and bright red hair as she performed a medley of her hits, “Tap In” and “Best Friend,” as well as her new single “Icy Chain.” Saweetie nailed her choreography and even showed off her twerking skills, which makes perfect sense given that the latter song’s lyrics instructs fans to “twerk that ass for a icy chain.”

Fans will have to wait a little longer though for the “Icy Girl” rapper’s debut studio album, Pretty B*tch Music. Originally slated for a summer release, it was pushed back to 2022. Saweetie credits Cher, who she recently worked with on a campaign, for the last-minute decision. “I thought [the album] was done, but after I met her, I had an epiphany. This album needs to have feelings, it needs to have soul, it needs to have spirit,” she told Big Tigger. “And I have a lot of room for improvement, so I’m gonna work on that. And once it’s done, the album will be released.” In the meantime, her track, “Attitude,” is featured on Netflix’s Bruised soundtrack.

Check out Saweetie’s SNL debut ahead.